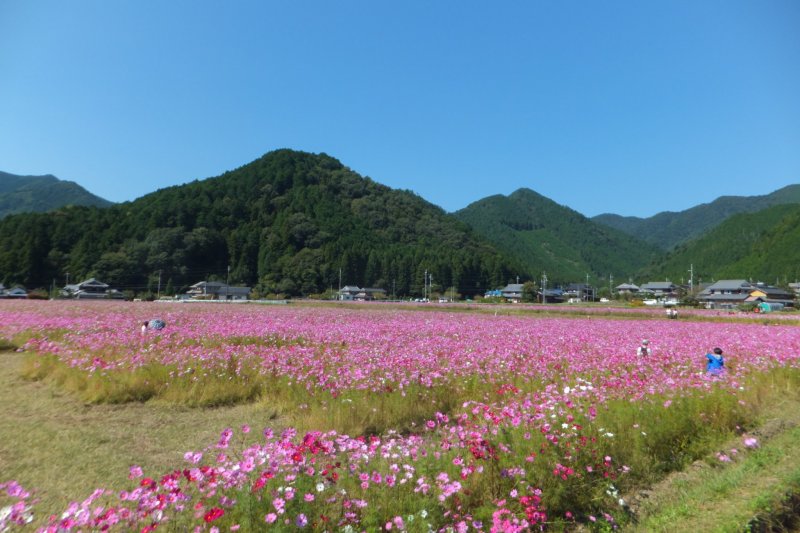 A delightful display of color in autumn

Each year from around late September through until late October, approximately 5 million cosmos flowers bloom in a space of 7 hectares at the Kiyozumi Cosmos Field in Hyogo. The flowers have been cultivated in this area since 1990, and the site became a tourist destination two years later in 1992. The cosmos here come in a variety of colors including orange, pink, purple, and white, and the surrounding mountains enhance the natural charm of this rather rural location.

The festival itself typically runs while the flowers are at their peak, and based off last year's dates this was from October 11th through to October 24th. Of course, this can fluctuate depending on blooming conditions, so do check the official event website closer to the season for confirmation.

Adult admission to the event is priced at 300 yen.

The Kiyozumi Cosmos Fields are located around 20 minutes by taxi from Iso Station, served by the Fukuchiyama Line.

Alternatively, for those driving to the cosmos fields, they are around 10 minutes by car from Kitakinki Toyooka Expressway's Hikami IC. On-site parking is available.