Do You Know Shodoshima Island?

At Takamatsu Airport, there are large outdoor signs, many of which mention udon noodles. Why? Well, Kagawa is also known as the 'Udon Prefecture'. If you take the express bus from Takamatsu Airport to Takamatsu City, you will find yourself at the harbour, where several ferries leave daily, allowing you to reach Shodoshima within an hour. Needless to say, you'll find udon noodles sold on board the ferry...

Stepping down into the port of Tonosho on the island of Shodoshima, you will be struck by the sesame oil fragrance in the air. That's right. It is here that Kadoya sesame oil, which accounts for 80% of the market share of sesame oil in Japan, is produced. It's not just sesame oil, though; the island is also dominant in the production of olives, soy sauce and tsukudani which are nibbles of seafood, meat or seaweed that have been simmered in soy sauce and mirin. We went to Ginshiro, by the harbour, to try the green somen noodles made with local olive paste. Delicious!

Food continues with 'Sukesan', a sushi restaurant where the owner, Sukesan, personally catches the fish in the morning and prepares the sushi for you. The famous Angel Road, where the road disappears twice a day at high and low tide, and the Shodoshima Ramen noodles served at Teres which overlooks the Seto Inland Sea, are also delicious.

I found it odd that there were more businessmen than travellers on the ferry, but the Shodoshima isn't just an island for casual tourism, it's home to large businesses, sesame oil, olives, soy sauce and tsukudani. It's also delicious and fun!

Kotaro has more than 10 years of experience with the American Music TV Station Group in London, Singapore, and Hong Kong. He has contributed to magazines such as SevenSeas, Esquire (Japan), Marie Claire (Japan), and Keizaikai. He is also the author of On The Road In Europe, a book chosen by Hajim... 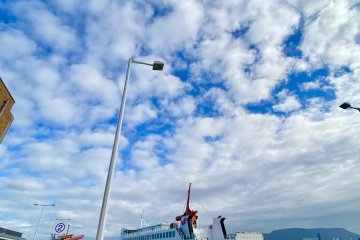 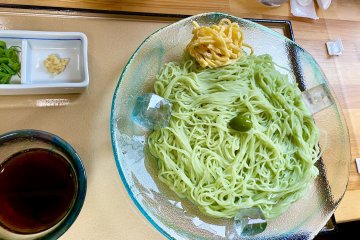 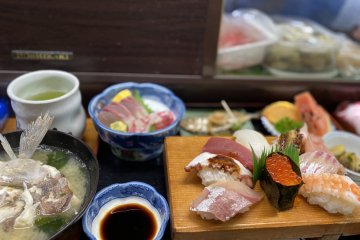 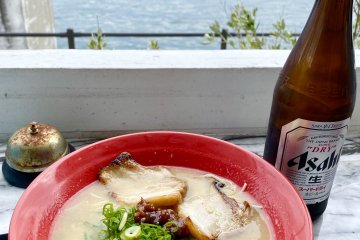 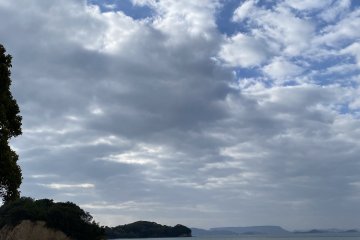 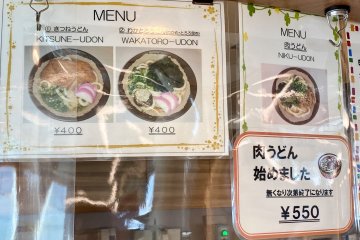