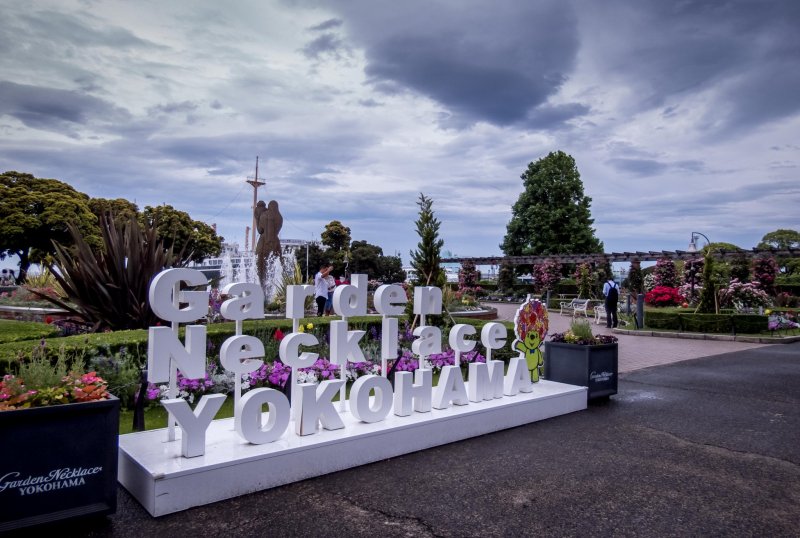 Catching the last glimpse of this year's flowers

Upon entering Yamashita Park and other various locations around Yokohama, you will see many signs marking this year’s event 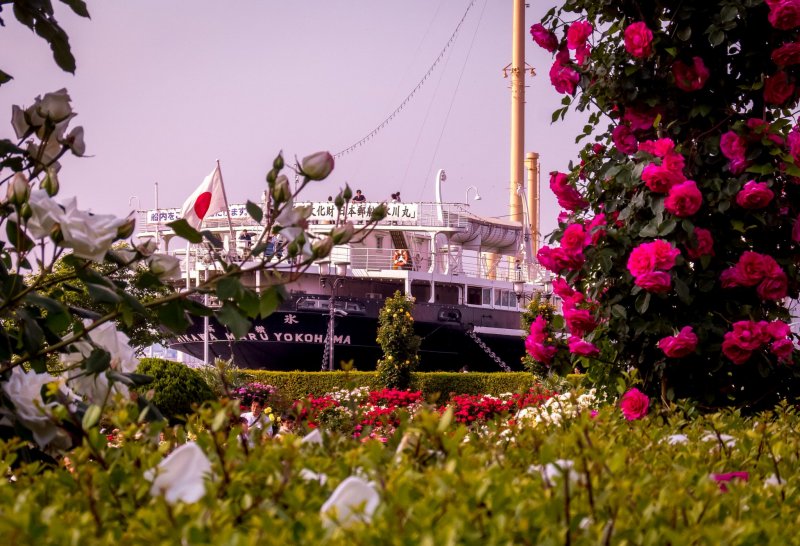 This famous ship called the ‘Hikawa Maru’, looks especially colorful on this occasion 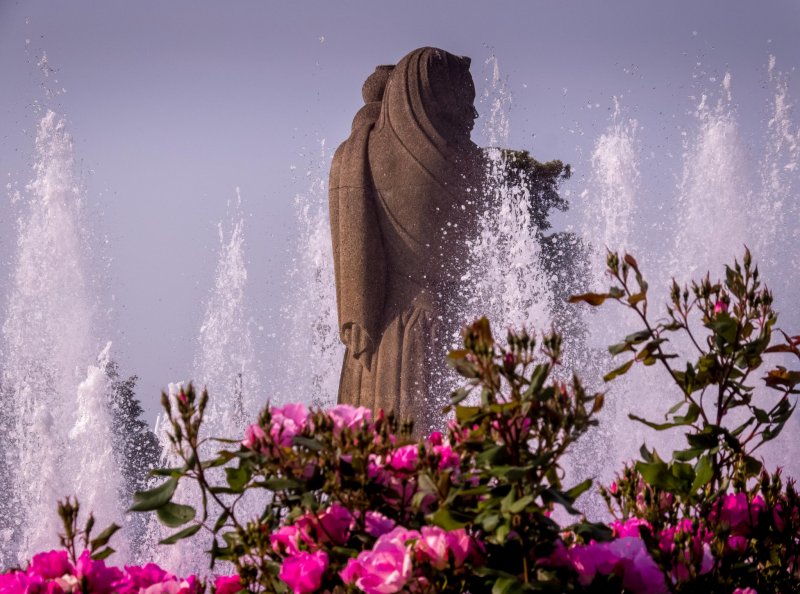 These pink roses provide a colorful foreground to this water fountain 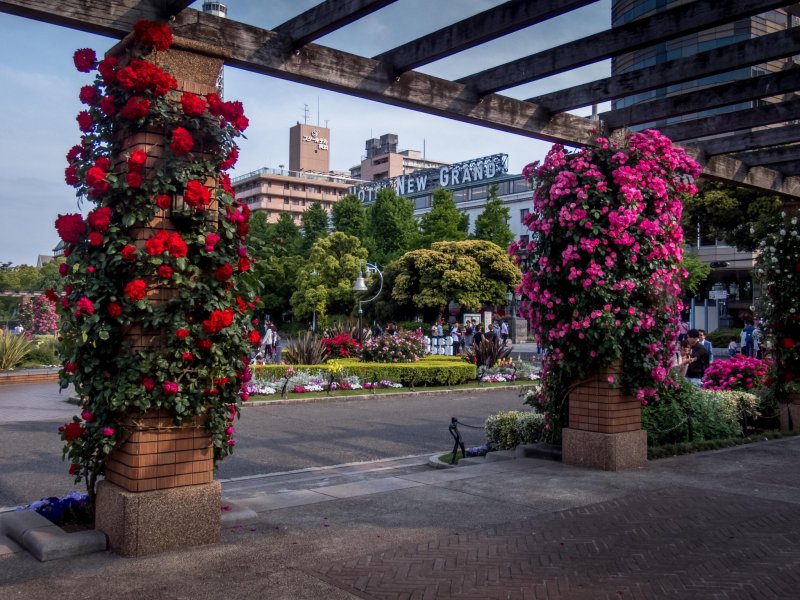 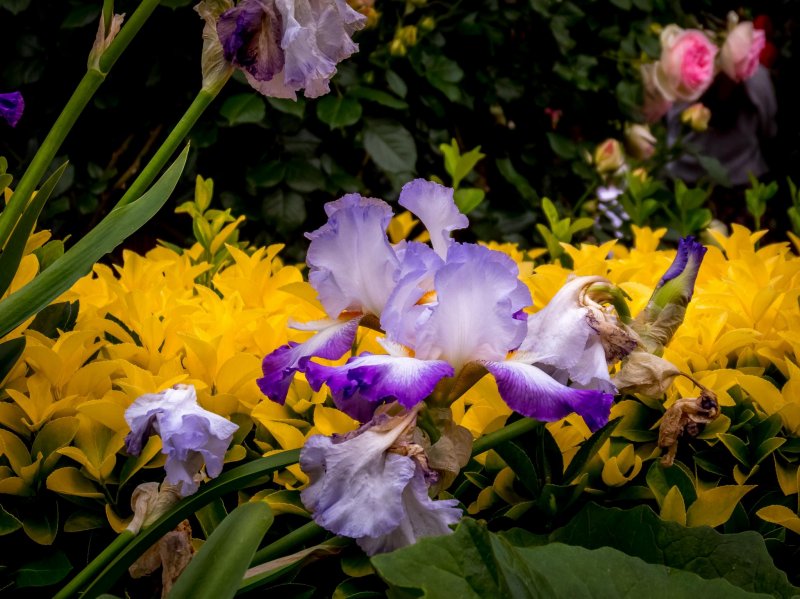 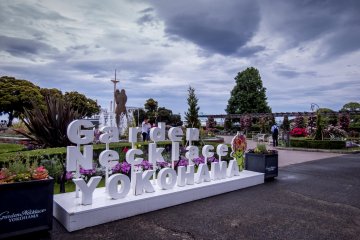 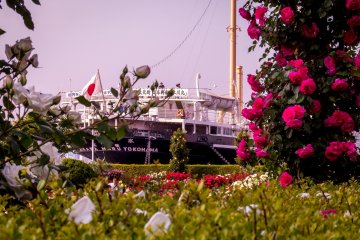 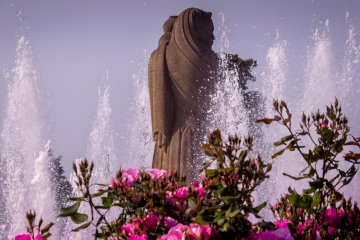 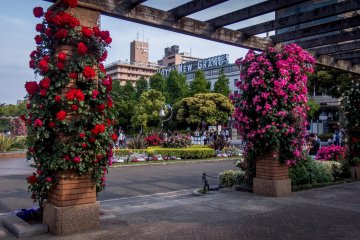 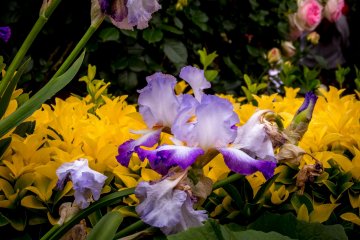 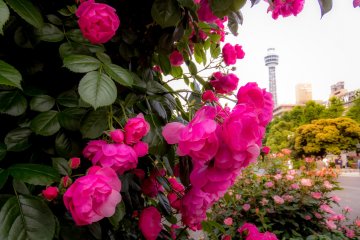 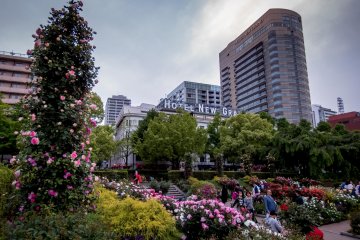 Running from the 23rd March until 2nd June, 2019, Yokohama’s ‘Garden Necklace’ is a truly wonderful spectacle which shouldn’t be missed! Boasting over a million flowers, this annual event can be found in many locations throughout Yokohama, including Harbor View Park along with the bustling port areas of Minato Mirai, Nihon Odori and Yamashita Park.

Spanning a period of several months, this colorful festival features three distinct themes, beginning with a series of cherry blossom exhibits, running from late March to early April. This is closely followed by a tulip display, which lasts from the middle to end of April.

Having already missed both of these events, I was determined not to miss the final rose festival that runs from the beginning to end of May. With only a few days left until the close of this year’s ‘Garden Necklace’, I quickly headed on down to Yamashita Park and was immediately overwhelmed by the colorful sights which exceeded even the best of my expectations

From Yokohama Station take the ‘Minato-Mirai’ Line to ‘Motomachi-Chukagai’ Station and leave via exit 4. After leaving this exit Yamashita Park is a short 3 minute walk away