The home of Maizuru Japanese Curry

When I told my friends in Kyoto that I was going to Maizuru, the first thing they said was, “you must try the curry!” This port town, far from the rules and traditions of the imperial city, is home to a dish that appears to be as different to the subtle flavors of Kyoto tofu and sashimi as you can get. Nevertheless, it is a dish that is just as popular in Japanese homes, like an adopted national dish.

Armed with my mission, I walked the streets on a late afternoon, looking for a place to take the elusive title of “best curry house in Maizuru.” Surprisingly, there are very few curry restaurants here, especially one that is open at 4pm. The staff at the Red Brick museum pointed me to Joke Café, about 2 kilometers west of Higashi Maizuru railway station, past the naval base where it all began.

In the Meiji period (1869-1913) Japan looked to England to modernize its navy, and in the process, adopted their tradition of serving curry brought from British India. Curry and rice was served every weekend so sailors can have some kind of routine during long trips at sea. These days curry is used in everything from katsu or pork cutlets to curry buns.

Considering its past in British India, there is very little reminder of its roots at the Joke American Bar and Karaoke Café, besides an old Boddingtons Ale tin sign. Instead it is Twenty-first century American and Japanese culture, with everything from neon Budweiser signs, old John Wayne movie posters, as well as shelves of neatly placed Japanese manga comic books, the type you would read or flip through while waiting for your curry order. Its casual atmosphere is more like a fast food diner than a fine dining restaurant. Actually the plethora of utensils hanging from above gives an impression of an overgrown home kitchen.

Now to the curry: being made to order, it is juicy and tasty with a chewy texture. Only the best ground beef is used, and you can taste the various spices, unlike some of the blander variants found elsewhere. At less than 700 yen, this is a crowd pleaser from students to business workers alike. And just in case you forget, the owner is clearly proud of the prize winning trophies and the newspaper articles on display around the cafe.

Surprisingly, for an award winning café, this is very quiet. Maybe not many people would wander here at 4pm on a weekday afternoon, far from downtown Maizuru. However, it is worth the trek to try some high quality curry. Other crowd pleasers, from omelet rice to okonomiyaki, a type of Japanese assorted cabbage pancake, are also on the menu, starting from 380 yen. 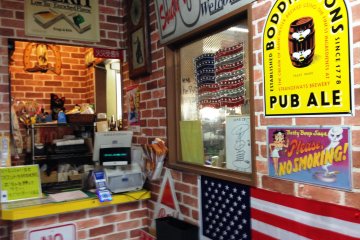 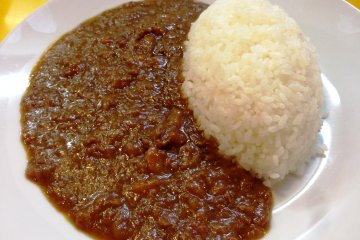 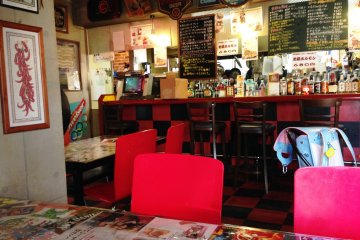 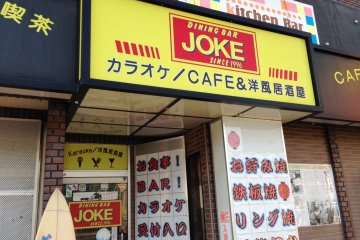 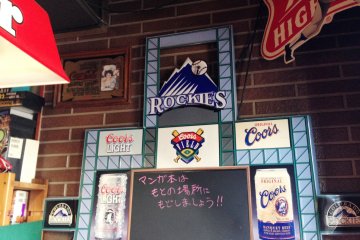 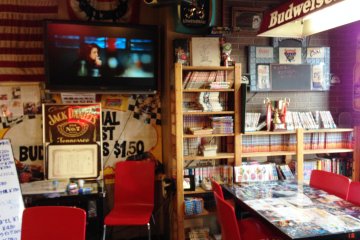 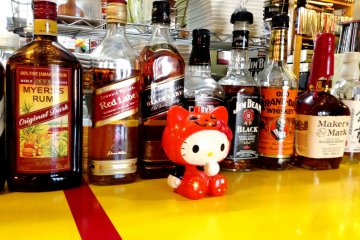 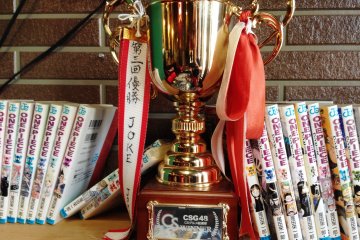