Stepping into Hotel Yoshida is like stepping into your grandparent’s country house. From the retro themed lobby to the quiet rooms (think hair tonic and metal ashtrays), this quiet building is home to just 60 guests over 30 rooms. Unlike larger capital city hotels with massive marble receptions, there is no chance of getting lost here. In some ways it is like a European pension, but with Japanese touches.

I would recommend staying at some of the larger rooms on the top floors, with room numbers ending with 1 to 6, such as room 401. Commanding a corner position, there are views of the distant mountains as well as the fishing boats on the canal below. Rooms ending in the number 1 to 5 have a tatami mat which is used as a sitting area by day and sleeping quarters by night. Rooms ending in 2 or 3 have 2 common walls which are less desirable, but the noise here is imperceptible, so don’t fret if you are assigned these rooms. There is no room ending in number 4, which is a number associated with death in the Japanese and Chinese languages. The smaller rooms (with a middle number 1, such as 411) have a western bed with a sofa and desk. All the rooms are air-conditioned and include a private bathroom as well as free Wi-Fi.

Also on the top floor there is a sento or public bath with a hot tub and district views. It is a great way to relax after some sightseeing nearby. Other facilities include coin-operated laundry machines, while the Japanese Restaurant Funaya on street level serves lunch and dinner. Maizuru is famous for its seafood and game, so why not try some crab while you are here.

The hotel is about halfway between railway station and the cruise ship terminal, being an easy 10 minute walk from either place on level streets. The town shops and restaurants are in between the train station and the hotel if you wish to try other cuisines, such as Italian or Chinese. If you have a lot of luggage, the taxi would get you here from either point for less than 1000 yen. From JR Higashi-Maizuru Train Station there are regular express trains to Kyoto via Kameoka and Nijo, while for Amanohashidate, you will need to change at Nishi-Maizuru for the private train.

Despite its dated look and quiet appearance this hotel gets full quickly so book ahead to avoid disappointment. 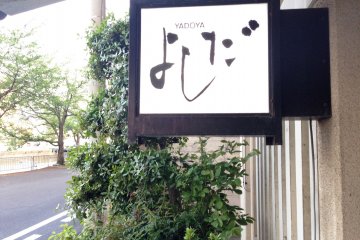 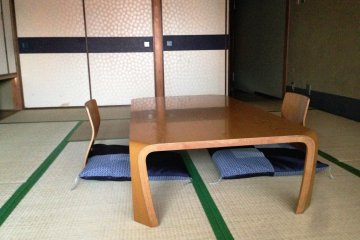 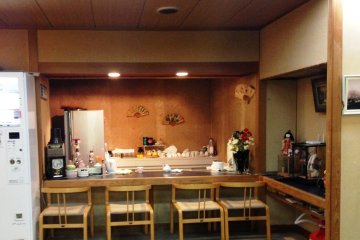 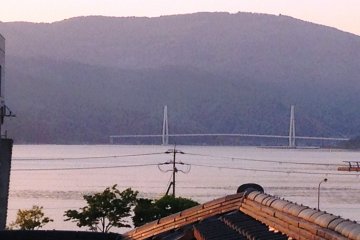 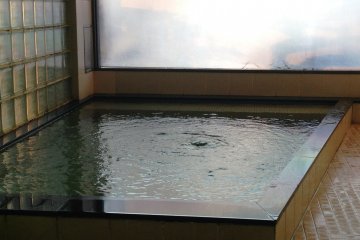 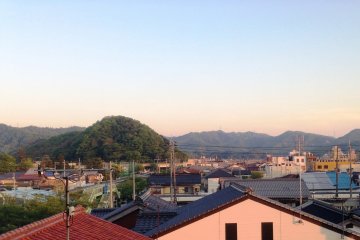 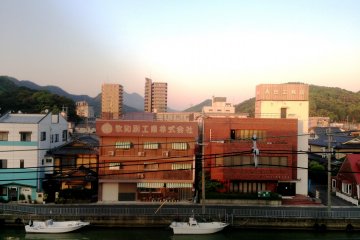 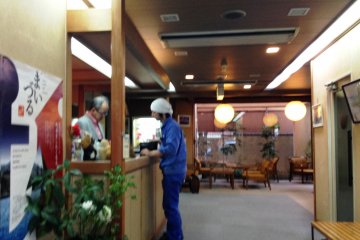