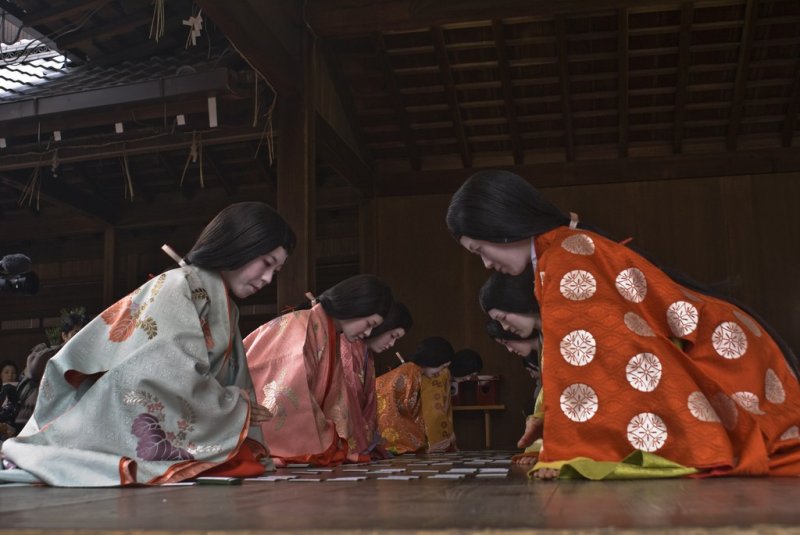 The year's first card game at Yasaka Shrine in Kyoto

Karuta was introduced to Japan by Portuguese merchants in the 16th century, and became popular between the end of 17th and the end of the 19th century. Today in Japan the game is played by about one million people: it can be played by several people together, or one-versus-one, and it is popular among families during the New Year's holidays.

Every year more than sixty tournaments of Kyogi Karuta are held in Japan, with five ranks of players. The game is played with two sets of 100 cards: one set is the "reading cards", with a proverb written on each card, and the other set is the "playing cards", each with a picture corresponding to one of the proverbs on the reading cards.

To play the Karuta game, you have to listen to a reciter reading a proverb from one of the reading cards, then try to be the first to take the matching card from the playing cards.