Come face to face with Noh and imbibe the sake of the samurai at Shishin Machiya in the backstreets of Karasuma Oike (Photo: Bonson Lam)

Peace and philosophy over a campfire

Come face to face with Noh and imbibe the sake of the samurai at Shishin Machiya in the backstreets of Karasuma Oike (Photo: Bonson Lam)
Bonson Lam   Jan 17, 2014 - 4 min read

Tucked away from the modern boulevards of Karasuma and Oike Streets is Shishin, which means the heart of samurai in Japanese.

With nightfall, as darkness blankets over the city, the charcoals on the heath takes on a warm red glow, breaking the ice as I met the owner for the very first time.

Set inside a historic merchant’s house, this is not just a place to go back in time, but to rediscover how your thoughts and actions can contribute to world peace and understanding.

The owner, Tomonari Hamamura, takes us back to school, to the days when he spoke for world peace at a conference. This was the beginning of a lifelong journey for him, one that would take him to a degree in Peace studies in England, and a meditative sojourn through the silk road threading through Central Asia. where he says “during the trip I met many children, and even though they were poor, they wanted to go to Japan and were so wanting to be part of Japan. When I came back to Japan I saw many people on the train, and most people in Japan didn’t look happy. They didn’t look very alive. Most Japanese, I felt, didn’t know or appreciate their culture. However children in the Middle East or Asia want to be in Japan. My dream was to abolish war, but I realized that I needed to take my first steps to fulfill this dream in Japan. I was born on this island, so I wanted to start peace first in Japan.”

As you can imagine from his dreams, Mr Hamamura is softly spoken yet filled with passion. Sometimes you may see him, with his period drama like beard and in the traditional samurai garb of an indigo cotton cloth, on his way to Doshisha University. As we sit crossed legged in the tatami room around the charcoal heath, Hamamura san recalls his tales on the Silk Road, and with the small bookcase of novellas and coffee table books behind us, it is like we have been given a private audience with an old friend, rather than eating at a restaurant. If we were here a century or so ago, perhaps Ryoma Sakamoto, a visionary who reformed feudal Japan, would have joined us around our little campfire, drinking sake and eating the choicest Ohmi Beef. Little did I know, but this Shiga beef is even more of a delicacy than Kobe Waygu beef, and in between our deep conversations about world peace, bushido and food sufficiency, he would seamlessly stoke the charcoal or keep a watchful eye over his izakaya style skewers, each to be savored in quiet deliberation. It wasn’t a rushed or heavy meal, as we remembered his concerns about the shame of wasting food. Rather, we would study each morsel, remembering the story of the farm or the waterway where it came from, and then lovingly dip each succulent morsel into the soy sauce or dip before taking it all in. The now fashionable concept of paddock to plate takes on another dimension with Mr Hamamura. If we can limit our food intake so we don’t have to take it from other countries, we may play our part in eliminating a cause of war.

There is something about a charcoal grilled meal that spoke of warmth and community. It is as if each skewer of sweetfish or beef filet had taken in the glow of the red embers, themselves taking on a honeyed, caramelized glaze, a bit like meeting someone bronzed and suntanned from a tropical holiday.The butterflied sweetfish is just lightly marinated in soy and sesame, which doesn’t overwhelm the fish, but makes it so finger licking delicious, you want to chew at the tail.

Of course, if you don’t want to sit cross legged on a tatami mat, the more conventional wooden tables and chairs are comfortable without compromising on the charm of dining at a machiya, a traditional merchant’s house. You may have a view of the small garden or the hearth by the window. The small space ensures intimacy, but you should book or come early to avoid disappointment. 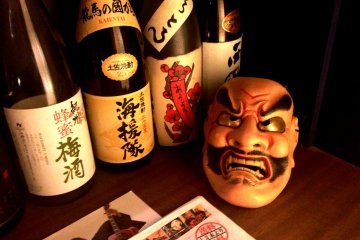 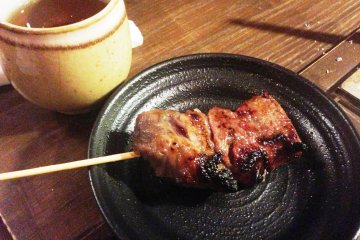 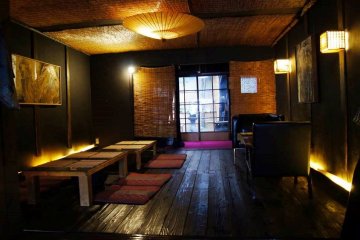 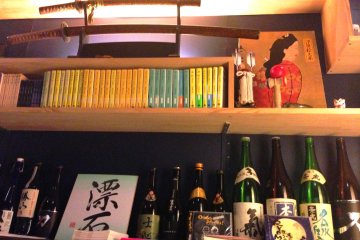 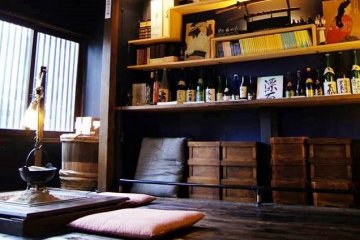 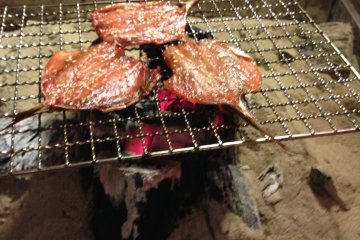 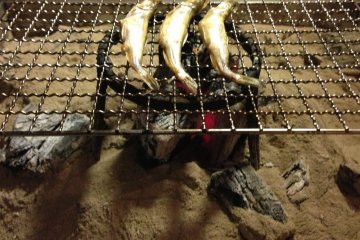 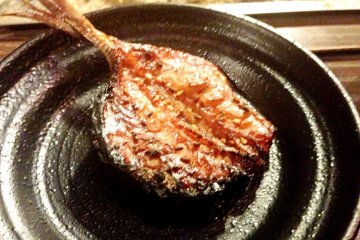 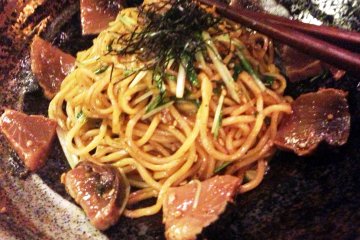 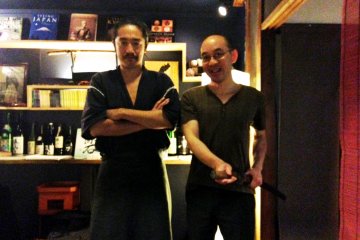 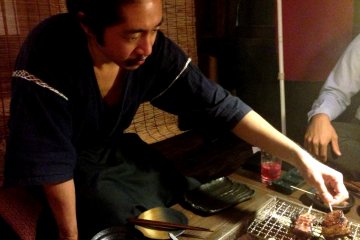 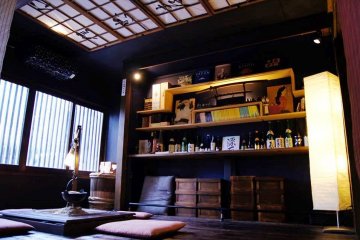 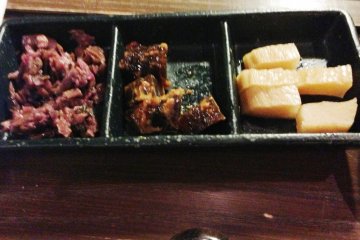 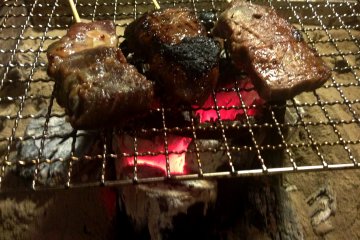 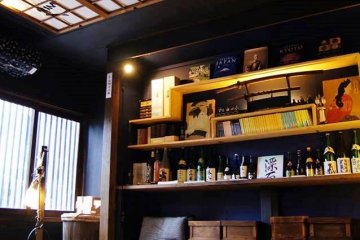 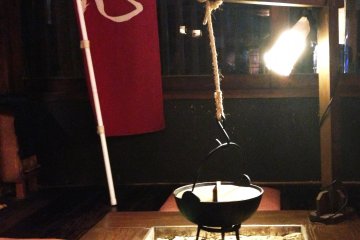 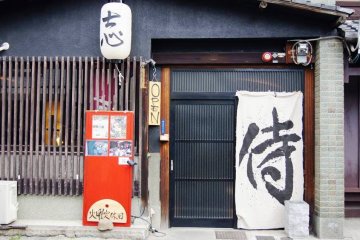 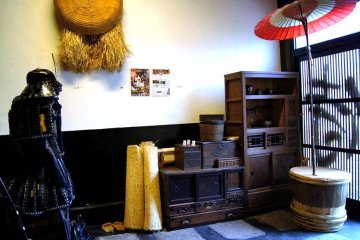