A colorful cast of historical characters

With a name like Sendai Welcome Squad, this group might sound like the name of a terrible Japanese animation series, but it's not. They are best described as an acting troupe whose job is to promote Sendai.

The Squad has many members. They are based at Aoba Castle, but they also attend various events in the city. Usually, they are quite spread out, but for very special occasions, such as Aoba Festival, the whole troupe turns out together to parade and perform. Their swordplay routine to music is a common feature. They are very dedicated to their roles, remaining in character the whole time that they're in the public eye.

The most prominent and popular member is Date Masamune, feudal lord and founder of Sendai . There are two actors who play him at different stages of his life – one older, one younger. The younger actor is the one you're more likely to see, and the one who gets the most attention. He is sometimes seen in adverts and magazines promoting Sendai.

Date has various followers and warriors, such as Date Shigezane, Katakura Kojuro and Moniwa Tsunamoto. The most colorful member is Hasekura Tsunenaga, always dressed in a multi-colored, decorative robe. He traveled to Europe as Date Masamune's ambassador.

There are also several ninjas (one seems to follow the Drunken Monkey style of fighting, which is amusing to watch), and foot-soldiers (who can be seen giving tours of Sendai).

Finally, there are occasional appearances by Basho Matsuo, famous haiku poet, and Sanada Yukimura, a striking figure in red and an opponent of Date Masamune at the Siege of Osaka.

If you're visiting Sendai, keep an eye out for the Date Bushotai. You never know where you might see them! 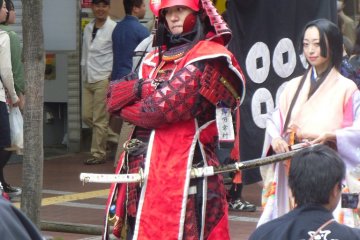 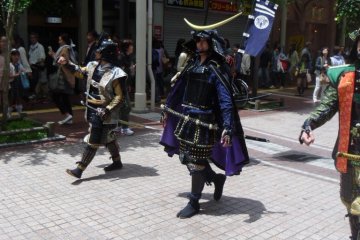 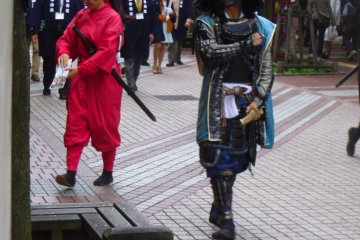 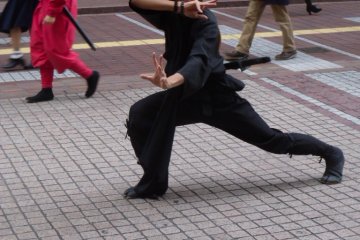 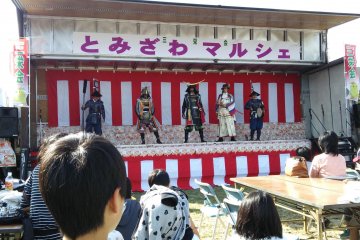 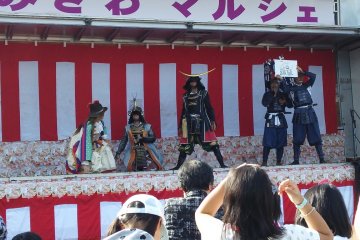 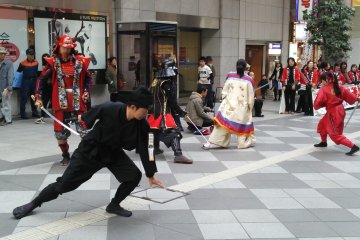 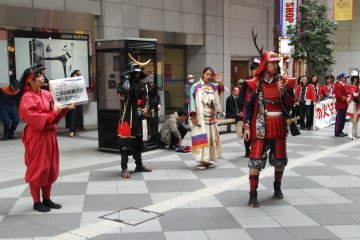