Foreigner ghetto turned into gateway to the world

Dejima, once a small man-made island off the shores of Nagasaki, is now enclosed within modern Nagasaki City's hustle and bustle. Dejima was Japan's window to the world during the Edo Period. Its foreign legacy and the spirit of the pioneers lives on.

The island was set up in 1636 under the orders of the then shogun as an enclosed area that was used to isolate foreigners and to keep them away from the natives in order to prevent missionary activities and the spread of Christianity. This policy did not quite succeed. The many churches in Nagasaki are a testimonial that Christianity lives on here. For example, Ohura Church.

Portuguese missionaries were first interned on this island and then banned from Japanese shores altogether. The legacy of the Portuguese pioneers in Japan is Castella cake. You find Bunmeido Castella Shop near Dejima.

Later Dutch traders began to occupy Dejima and a Dutch factory, originally located elsewhere in Kyushu, was relocated to this island in 1641. Henceforth this tiny island became a center of commerce, an international trading station, with many warehouses and living quarters of Dutch tradesmen and workers. The houses on the Hollander Slope is a testimonial of how the Dutch expats lived here.

200 years after the heydays of Dejima other foreign nationals preferred to settle higher up on the hills. The former residence of Scottish merchant Thomas Blake Glover remains in what is now Glover Garden.

The foreigners brought with them the latest products and technology in the West, and their physicians introduced Western medical knowledge thereby contributing to the modernization of Japan.

Phillip Franz von Siebold, a German physician, served the Dutch on Dejima. A museum dedicated to his achievements, the Siebold Memorial Museum, is located in Nagasaki.

The heritage of Dejima was declared a National Designated Historical Site as early as 1922. However, it took another 80 years to preserve this heritage site and to reconstruct some of the historical buildings and open them to the public. Various exhibitions and displays in the reconstructed colonial-style buildings show the life and work environment of the Dutch merchants who once lived here.

While the island of Dejima in Nagasaki is now a heritage side, the business spirit of the Dutch and other foreign pioneers lives on!

Once you are in Nagasaki, you can travel around by tram. Take tram number 1 from Nagasaki Station to the Dejima tram stop. It will take 5 minutes only from the station. There is a small fare for using the tram of 130 yen. 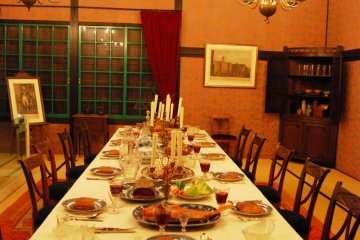 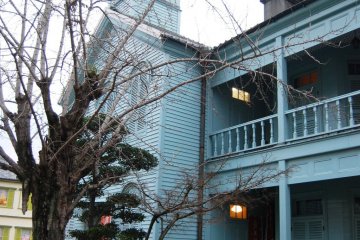 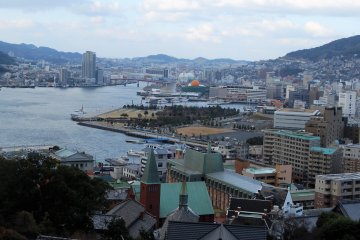 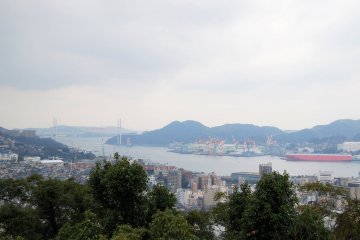