Throughout many centuries, a pair of eyes have taken care of Nara. They belong to Big Buddha (Daibutsu), the biggest bronze Buddha figure in the world, which has remained in the same place for over eight centuries at Todaiji temple.

Seen from outside, the temple imposes authority for its large size and a certain kind of respect. As we approached him, we could notice the faded and scruffy wood, making our minds wander when we look at such a historical artifact in Japan.

What is most surprising is when Big Buddha sis right in front of you, aged by the passing of time and surrounded by miniature, golden Buddha figures.

It welcomes you with a smile and slanted eyes, his posture in meditation mode. His solemn and relaxed figure helps inspire peace and serenity in every single traveler who came to see him, as you start taking a walk inside the temple.

This statue was built under the command of Emperor Shōmu (commenced in 728) in order to spread Buddhism throughout Japan, helping Buddha protect the country from the many disasters that then shook the nation.

The construction of the statue started in Shigaraki (Shiga Prefecture) and finished in Nara in 751. Big Buddha was 14.98 meters high.

Initially, the whole complex of Todaiji contained two pagodas of 100 metres, although they were later destroyed by an earthquake. The main monument is called Daibutsuden (where the Buddha is set) and the entrance is called Nandaimon ( "Great South Gate"). What remains of the original structure is 30% smaller than it once was. Behind Big Buddha, there are some miniature models that show a comparison of Todaiji before and after the reconstruction.

Surrounding the temple grounds, green and beautiful gardens exist, where a variety of deer (the symbol of Nara) graze - a very liberating feeling. It's a great experience, which is why we highly recommend it.

Since we were curious, we figured out that one of the pillars of the temple has a reputation of giving divine enlightenment to those go in Big Buddha through the hole in the bottom. So if you want to guarantee enlightenment in your next reincarnation, do not forget go through this pillar. 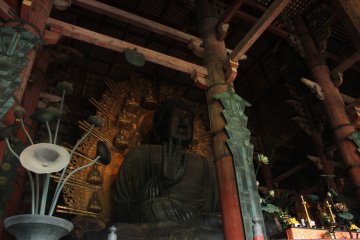 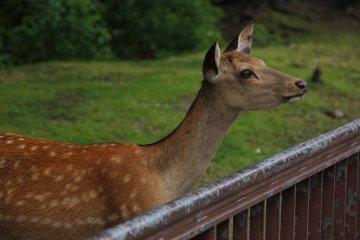 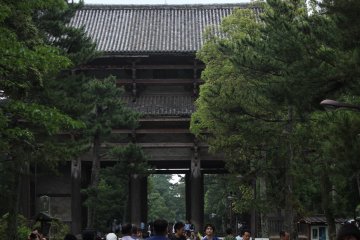 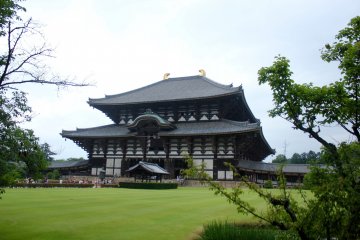 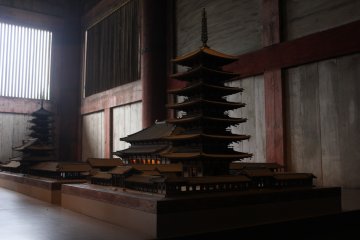 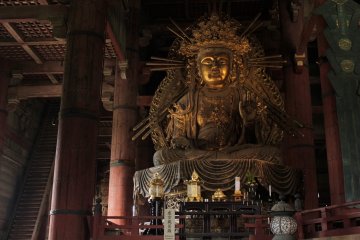