Great Statue of Buddha in Todaiji

The story behind the statue

In the middle of the 8th century, Japan was governed by the Imperial Court. Our ancestors had already imported Buddhism from China and had Shinto animism as well. They have incorporated these practices in their everyday life. But when looking around the life of the common people, there were battles, crop failures, epidemics and abject poverty.

Emperor Shomu was troubled about this and had constant fear of curses, so he moved the capital from Nara to Osaka, and then to Shiga in a short period. When the capital was in Shigaraki in Shiga Prefecture, he decided to construct a huge Buddha statue to an attempt to bring peace and security in the capital. However, when he began the project, the city was hit by earthquakes and forest fires. He thought that place was cursed too, and moved the capital back to Nara again, and restarted the statue building project.

This took enormous manpower, with an amazing 2.6 million workers working on the project, and needless to say, lots of money. After 9 years, The Great Statue of Buddha was completed and they held a huge opening ceremony. 10,000 people attended, including Imperial Court members and Buddhist monks from India or China. As the population of Nara was only 100,000 people then, this was a very big ceremony.

From Kintetsu Nara station to Todai-ji temple where the big Buddha is sitting in, you may encounter many deers on the street. When you get to the temple, the first thing you see is the big gate called Nandai-mon, which is the only piece of architecture surviving from the 8th century. While you are there, don’t miss two guardians at your both sides. One says “a” and another says “n”, in our Hiragana table, “a” is the first sound and “n” is the last sound, so two of them describe the whole world meaning the universe. Check their mouth figures!

The wooden main building and the statue were damaged by fire and natural storms several times. The present figures were finished in 1980. Entering the dim main hall, you can’t be helped but be overwhelmed by the big statue sitting on sacred lotus leaves at first, however you will be eased by its gentle expression. You can have a peaceful atmosphere walking around him.

There is a big pillar inside the hall, and it has a hole near the floor. They say the size of the hole is equivalent with the nose hole of the statue, and kids or small people can get through the hole. They also say, when you go through the hole, you could be healthy and happy in your future life. So many visitors try to do that.

Another interesting story I heard was that when they finished constructing the statue, the final job was to attach the eye ball to the head. But initially they didn’t know how to do that. So a small kid held the eyeball from inside the head and adjusted it using his whole body, but then his body was stuck inside the statue. So how did he get out from the body? He went through the nose hole of the statue and got out successfully. After that, when we praise smart kids, we say “You look like a boy who go from eye to nose!.” There are so many other places to see in Nara, I hope you can be touched by the ancient Japanese culture there. 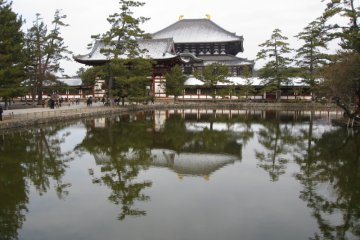 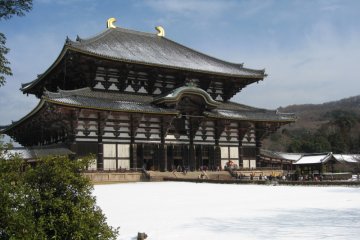 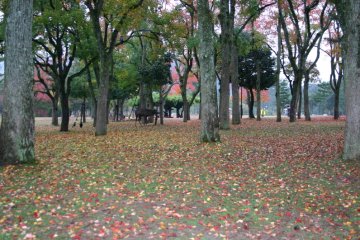 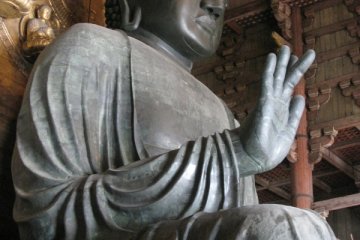 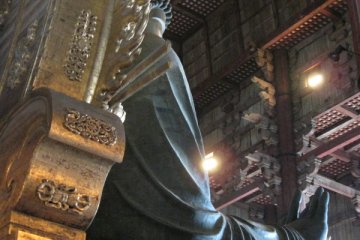 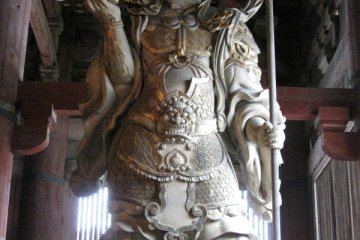 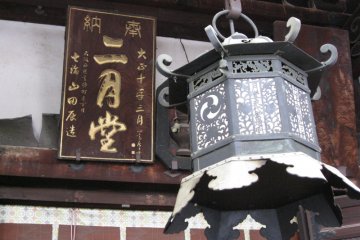