I've run the gamut of festivals as a freelance music gig writer back in my university days in Melbourne, Australia, but have never been more excited to pen down a festival experience as exhilarating as Fuji Rock Festival. The fact that it is the 20th anniversary iteration? Even better - what with the lineup of international acts taking the stages for the next few days: James Blake, Beck, Sigur Ros…the Red Hot Chili Peppers!!

The campsite may have already been half-filled on a Thursday night upon arrival, but spirits were on an all-time high – many party revellers were still knocking back beers, having a hot supper of warm comforting soba noodles and soaking in the good vibes. This may have been at 1am on a Friday morning when the main festival has not even begun, but it is obvious that the crowd was already raring to begin.

Friday morning arrives and it's straight to the festival grounds! Scottish rock outfit Biffy Clyro took the Green Stage at 12:50pm and got straight to working the already-excited audience with their medley of tunes. At this point, it was interesting to notice how a small gathering of people positioned themselves on the front of the stage, ready to punch fists into the air, while everyone else was behind, sitting down on makeshift chairs. A very puzzling behaviour indeed: how can people have a boogie…sitting down? Is this regular festival decorum in Japan? I definitely could not make my peace with that - I needed to be front and centre, where the action is.

James Blake and Sigur Ros played closing acts at the Green Stage Friday night, and although it is the second time I’ve seen both acts, they still offered powerful, memorable sets. For the former, there is a big difference between James Blake on your iPod, and James Blake live. James Blake on the morning commute to work makes for easy listening. James Blake live was another reality altogether, evident in songs such as Limit To Your Love, where the accompanying bass to the chorus reverberated across the festival floors – I’m not kidding when I said it gave me serious goosebumps, just as Sigur Ros did, a band famous for its atmospheric, ethereal melodies. On that night, it was the combination of the Icelandic band's signature sound, and the stunning, kaleidoscopic visuals that made it a real sensory experience.

In between sets, there was a wide range of attractions to be seen – take a walk between stages and you’d find trippy ceiling hangings in the middle of the forest. Take this same path at night and it gets even better – a disco ball of light reflecting onto every corner of the forest, making it all the more mesmerising. One of the most interesting places where people really let their hair down at was the Crystal Palace tent – a Speigeltent of sorts – where a well-curated lineup of bands and DJs perform to a crowd that was more injected with enthusiasm than at any other stage. One such band was Banderas – a Japanese collective that does an infectious mix of Latin, Cuban and salsa music. To spice things up further, they even had a Japanese guest dancer, Saeko, who sashayed her way around the dance floor, her nimble feet in tune to the boisterous melodies of the night.

Beck makes his second Fuji Rock appearance as the second headliner on Saturday, and the fact that it's the 20th anniversary/iteration of the festival made it even more special for him. His set was a contrast of fast and slow, upbeat and pensive – from the infectious chorus of Loser, to the more sombre, contemplative Everybody’s Gotta Learn Sometime. As Beck concluded the set of what was supposedly his best ever gig in Japan, the G&G Miller Orchestra took over, serenading everyone into the late night, with one of the performers roaring a thunderous ‘SAAANK YOU BAYBEE!!’ (translation: thank you baby!!) at the end of it.

Sunday was, without question, filled with the most exciting acts of Fuji 20 – there was Welsh rockers Stereophonics, Grammy-winning jazz pianist Robert Glasper, and then there’s Babymetal. What can be said of Babymetal? I’ve certainly heard of this band before, but seeing them perform live evoked some strange mix of emotions. What was this band that had the blood-rushing riffs of, say, Slipknot, but yet the vocals belonged to three dainty, Lolita-outfitted female stars? I’ve never thought such conflicting emotions would surface in me, not since experiencing four seasons in any given day in Melbourne. At the end of their set, I still could not decide if I enjoyed their performance or not.

And of course, the grandeur of Fuji Rock 2016 would not exist without the Chili Peppers – they proved to be veterans of the music industry after all these years, even with most of them in their 40’s, bringing to the stage an incomparable energy and vigour reminiscent of their peak in the 90’s/early 2000s. You could see it clearly – punters standing at the front stage/sitting down on their chairs all sang in harmony to Californication. The festival audience might have all been born in different musical eras, but when the Chili Peppers play, it is pretty much mandatory that you sing along.

The festival starts to clear up after the Chili Peppers, as people walk towards their cars and head back to Tokyo. My feet are blistered, I’m sleep-deprived from the late nights, I’m giddy-headed from all the alcohol I’ve imbibed, but I had the absolute best time in a long while. I’m thankful for the 3 days of good weather, and for an all-around incredible festival experience, so I guess all I can probably say is….’SAAANK YOU BAYBEE!’. 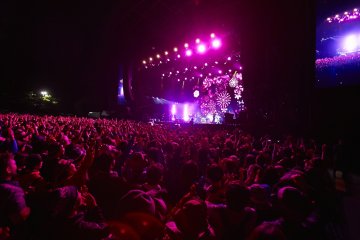 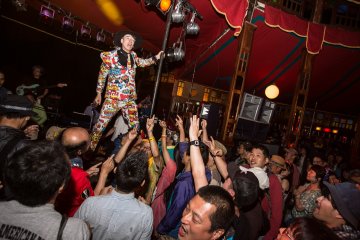 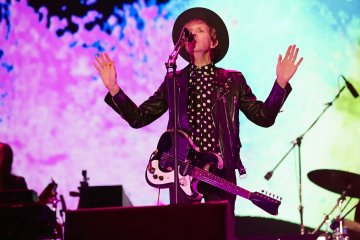 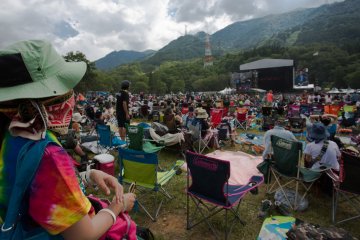 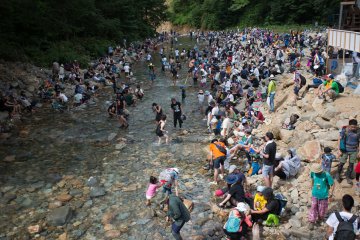 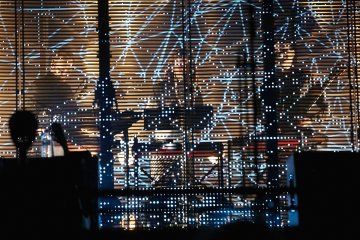 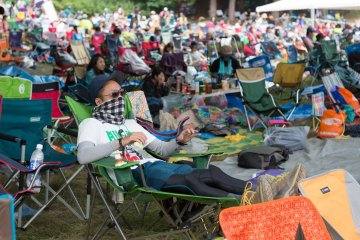 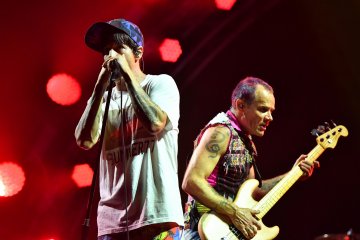 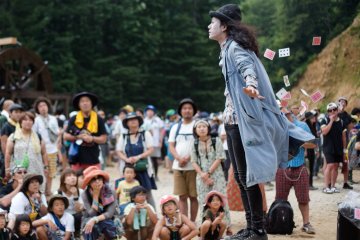