My hometown is Kasaoka City. In the summer, about the beginning of August, the Sunflower Field Festival is held at Michi no Eki. There are about a million beautiful sunflowers and many stalls. You can take a walk in the sunflower field. One of the stalls sells sunflower soft ice cream which is absolutely delicious. There are many rape blossoms in the spring and cosmos flowers in the autumn. You should take many pictures because when you see these flowers you’ll feel relaxed.

In the winter, the oyster festival is held at Kasaoka Port. A variety of food is sold, for example, boiled oyster, raw oyster, oyster rice, oyster fried noodles, oyster soup, fresh fish and Kasaoka style Chinese noodles. If you are an oyster fan you’ll be in heaven.

Kasaoka’s fireworks festival is brilliant. You can watch four thousand fireworks go off near the sea. There are even underwater fireworks, making the festival one of the greatest in the Chugoku area. You have to see it at least once.

Kasaoka has a horseshoe crab museum that is actually shaped like a horseshoe crab. You can see horsecrabs in a large water tank close up. There is also an explanation of the animal’s body in an animated cartoon. Next to the museum is a dinosaur park with several kinds of life-sized dinosaur models on display. They seem so real that you get a good sense of what they were like.

Kasaoka faces the sea and has its own string of islands. Takashima, Shiraishijima, Kitagishima, Manabeshima, Kobishima, Obishima and Mushima make up the islands of Kasaoka and they are all accessible by ferry. Of all the islands, Shiraishi is the most famous. In the summer, many people go for a visit. They have beach barbecues, swim, eat at a beach house, play beach volleyball or beach soccer and set off fireworks. There are some seaside cottages so some tourists choose to stay there.

Kasaoka is on the Sanyo train line so it is easily accessible by local train from all the major cities along the route. This will certainly keep travel costs down if you are on a budget. There is so much waiting to be discovered in Kasaoka City. 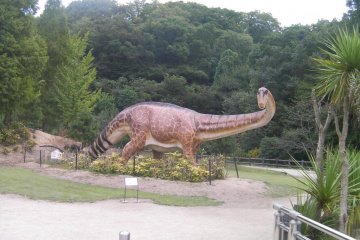 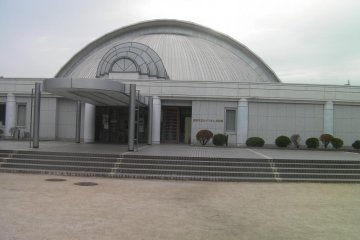 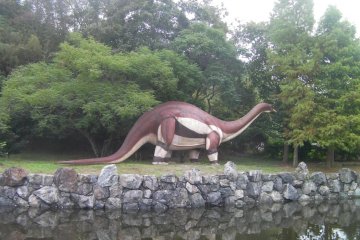 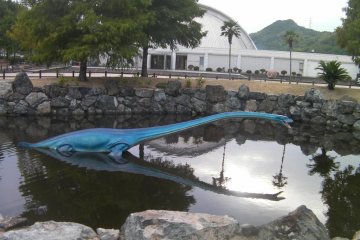