A lovely township by the Inland Sea

I’m going to let you in on one of my favorite things about Japan. It's nothing other than rural Japan itself: not the famous hot spring resorts, not the trending thatched-roof hamlets, not the scenic 'must see' natural wonders, but rather the forgotten cities and towns just off the beaten path, where souvenir shops don’t exist, where trains don’t stop very often, where the culture and history receive no mention on travel websites.

Out where hot summer days are freshened by clean breezes, where noise pollution gives way to the twitter and whirr of birds and beetles, where a lone traveler from Tokyo or Osaka feels that the scales have fallen from her eyes, that she has returned to the world of gracious smiles and real people.

A quiet township by the sea

Asakuchi is one such place. It’s a small township nestled in a valley close by the placid Inland Sea, an hour east of Hiroshima, and even closer to the Edo period tourist magnet of Kurashiki. (But not too close.) Asakuchi is made up of several smaller towns, the two primary ones being Kamogata and Konko-cho.

You can get off the train at either station, and walk, or ride a bicycle, to get about. There is plenty to see and do in Asakuchi.

In this part of Japan many of the structures, old and new alike, utilize yakisugi (scorched cedar) paneling on the outer walls, a feature that protects against conflagration and decay. This traditional processed material is only used in western Japan, and is especially common around the Inland Sea.

As one wanders through the neighborhoods here, one sees small ponds and reservoirs by the cabbage patches and vegetable gardens, a feature uncommon to much of Japan. Yet this is one of the driest regions of the archipelago, in the lee of the prevailing monsoon and typhoon winds.

Perhaps because of this climatic peculiarity the area has long been favored by Japanese astrologers and stargazers; over a thousand years ago Abe no Seimei, a renowned celestial advisor and soothsayer to Heian period emperors, came here to observe the starry heavens. Asakuchi is still home to the largest telescope and observatory in Japan, as well as the Okayama Museum of Astronomy.

The community of Konko-cho is well-known for its potted plants and garden-style flower industry. A gardening enthusiast or landscape architect might want to visit Maruyama Park, where samples of the preferred flora and potting techniques of this long tradition are on display.

Along with its flowers, local produce, and pear and peach orchards, Asakuchi is well-known for its noodle dishes, which are distinctive and delicious. One can enjoy handmade udon with tempura, a local specialty, or visit a traditional somen factory just outside of town, and stock up on this hot weather essential. (In the months ahead be sure to enjoy these thin wheat noodles soaked in ice water, with a bit of wasabi in your dipping sauce, and a cold glass of mugicha (barley tea) in your other hand - and so survive the dog days of Japanese summer!)

This region of Japan is also world-renowned for its textiles. The area around Kurashiki, including Asakuchi, specializes in denim production. Sanyo HC, with various factories and operations in Asakuchi, is perhaps the world’s leading innovator of wash denim products, and has teamed up with Kaihara, Japan’s most advanced denim manufacturer, to bring all kinds of washed, faded and trend-setting denim goods to world markets.

Sanyo has a beautiful showroom and store (It's a Beautiful Day) in the center of Kamogata (which more than makes up for the lack of souvenir shops! Check it out, and tell me: is there anything they can’t make out of denim?) On the same grounds one can see gorgeous replicas of traditional Edo period architecture, including structures the company plans to open to the public for lodging in the near future.

Nearby, a monument to peace

A fifteen-minute walk from Kamogata Station, close by the Sanyo factory, is Kamogata Park, where a fine collection of original Edo Period buildings are open for viewing. This location is ranked among the top 100 historical parks of Japan.

On the hill above the park are the Kamoyama Castle ruins, where a hilltop fortress of the Hosokawa clan once stood. The castle was abandoned at the beginning of the Edo period (c. 1600.) Today, nothing remains of the original keep and fortifications.

However, if one begs a quick lift to the top of the hill, and walks along the path where the castle once stood, the trail leads to a place of many large granite boulders, quite a few with images of Buddhist deities chiseled into the stone. These reliefs are referred to as magaibutsu, differentiating them from the more common sekibutsu (stone statues of Buddha.) Little is known of when or by who they were created. Some say the carvings were done after the castle was abandoned, to celebrate the coming age of peace.

Indeed, these mysterious faces seem to contemplate just this as they watch down on the quiet community below.

Take the Sanyo Shinkansen to Shin-Kurashiki (from Osaka) or Fukuyama station (from Hiroshima), and there switch to the local Sanyo line. As mentioned, you can choose to alight at either Konko-cho or Kamogata station.  Find a tourist map near the station, and start exploring! 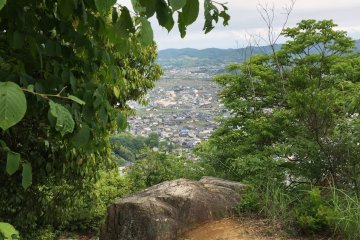 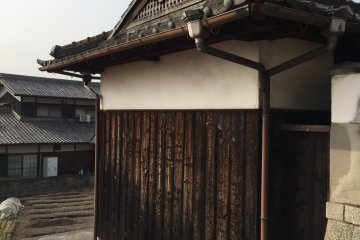 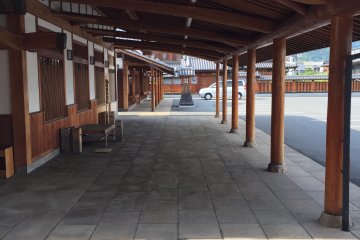 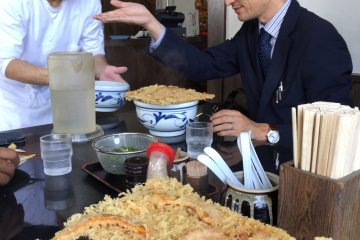 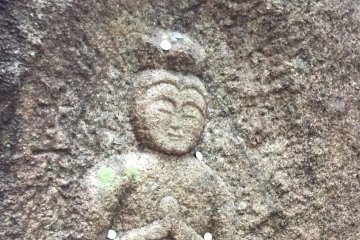 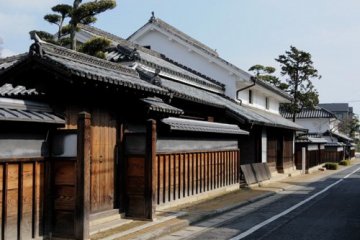 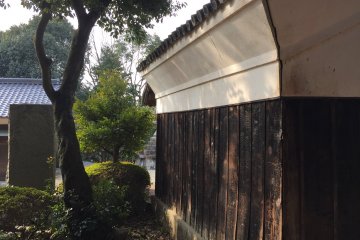