A great place to shop

Shopping arcades are a frequent sight in Japan and the formula is, the bigger the city the bigger the arcades. Most cities have at least one and every one runs like a river with tributaries leading off in other exciting directions. While the shopping arcades of Osaka and Hiroshima can impress with their sheer length, Okayama’s Omotecho Arcade impresses with its diversity. There are family run retail shops large and small, which have been in business for decades that steadfastly resist the onslaught of the big suburban shopping malls and shopping centers. Shoppers looking for unique goods with a personal touch still prefer the arcades.

Omotecho’s anchor is Okayama Symphony hall which is located where the shopping street meets Momotaro Boulevard. There is a Maruzen bookstore in Symphony Hall that has a decent selection of English language books and magazines. One nice feature of the arcade is the retractable roof that is useful on rainy days when you want to stroll and shop. The more you move away from Momotaro Boulevard the more Japanese the shops seem to get. The comics and toy shops start to appear and the Japanese style pubs reveal themselves.

Adjacent to Omotecho Shopping Arcade is Holland Street, which is paved with cobblestones and bricks to give a European atmosphere. There are hip hop studios, bars and tattoo/body piercing salons tucked into the street’s nooks in crannies. I don’t know what it is about places like this but they are always where the hip and mod hang out, live and work. If you come to Omotecho you might fancy yourself becoming a hip local or a mod visitor, either way you’ll feel at home.

I like to walk down the length of Omotecho every few months just to see what changes have occurred. There  has been a rebirth of the street as the traditional shops are making way for natural food stores, used clothing and artist entrepreneurs. On my last visit I was walking west when I heard the piercing sound of a saxophone and a taiko drum beat that combined into a jazz and Japanese folk fusion. The music was not the only thing coming my way. There was a troupe of performers wearing colorful kimono and animal masks accented by painted faces. The leader pushed ahead blowing his tenor sax skillfully, signaling the starts and stops as the other members dressed as yellow chicks playing melodicas flanked him. Meanwhile the rest of the troupe pulled a kaleidoscopic dinosaur float over Omotecho's brown tiles.That's a typical day at the Omotecho Arcade. 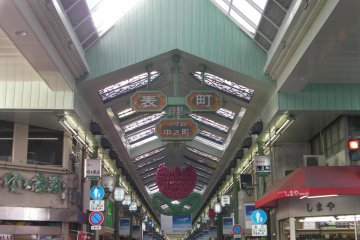 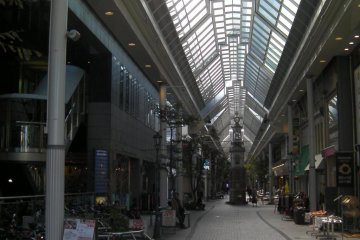 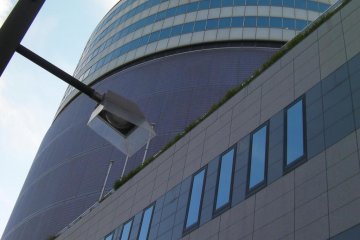 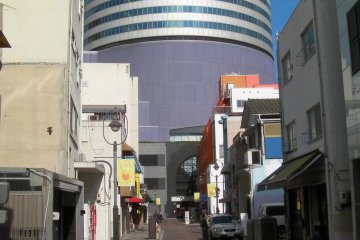 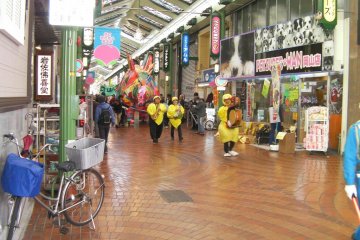 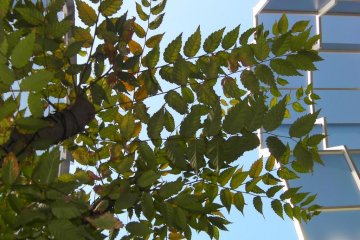