In Search of the Sakai Daimyo in Tsuruoka City

The Sakai, a samurai clan that originated in the 14thcentury, became chief retainers to the Shoguns of the Tokugawa Clan. The Sakai Lords’ fortune was linked to those of the Togugawa. Sakai Tadatsugu (1527–1596) was a vassal of Shogun Tokugawa Ieyasu and his son, Sakai Ietsugu (1564–1619), was moved by the Shogun to Tsurugaoka Domain in Dewa Province, which is nowadays the area around Tsuruoka City in Yamagata Prefecture. Since then referred to as the Sakai of Tsuruoka, they became prominent military players and they were even charged with the safety of Edo, the capital of the Shogunate (which is Tokyo today).

It seems that the successive Sakai lords did much to improve their territory, which included education for their retainers’ and vassals’ children. In 1805 the 9thSakai Lord, Sakai Tadaari, set up a school-the Chidokan. The school accepted senior samurai's children and also talented children from commoners. There were five classes and pupils had to pass regular examinations in order to advance to the next level.

In the 1950s, ancestors of the Sakai clan set up the Chido Museum near to the grounds of the Chidokan and former Tsurukaoga Castle. It is an open-air museum that consists of a collection of buildings that were transferred here.

In the center of the complex is the Goinden, the retirement residence of the Sakai Lords. This is a typical daimyo (feudal lord) mansion with an appropriate Japanese-style garden. The items on display speak of the power and wealth of the Sakai.

A highlight amongst the displays is a suit of armor worn by the first Sakai Lord, Sakai Tadatsugu. Considering that he lived in the 16thcentury, I am impressed that this armor was preserved over the centuries. It clearly is a Sakai family treasure and impressive to look at.

Next to the daimyo’s retirement mansion stands a large three-story farmhouse. It was built in 1822 and once belonged to a rich farmer’s family under the name of Shibuya. It contains an assortment of farming equipment but the most interesting point of the house is the fact that its roof is shaped like a samurai helmet. I wonder whether this is the reason why this farm house was transferred and placed next to the mansion of a samurai.

Two European-style buildings look odd next to the Sakai mansion and the farm house. On closer inspection one finds that one is the Former Tsuruoka Police Station built in 1822 and the other one is the Former Nishitagawa District Office built in 1881. Both buildings stood once elsewhere but they were relocated here.

The Japanese-style houses next to the pseudo-European-style houses are quite an odd-looking arrangement but we have to thank the Sakai, although not officially lords anymore these days, for setting up this museum and for donating some of their precious family heirlooms and making them available for viewing by the public.

The Chido Museum and the Chidokan are located in the center of Tsuruoka City near Tsuruoka Park where Tsurugaoka Castle once stood. There is nothing left of the castle except for some walls, the moats and some hundred years old cedar trees. The former castle grounds are now occupied by a university campus and some shrines.

The park is known as an excellent cherry blossom (sakura) viewing spot in spring. There are said to be 800 cherry trees and the locals claim that this spot is one of Japan’s best 100 sakura spots. In any case, it is said to be the best spot in Yamagata Prefecture.

Tsuruoka Park Restaurant is a good place to have lunch when you are in that part of town. Alternatively, have a coffee at the Samurai Cafe next to the entrance of the Chido Museum.

Having heard so much about the Sakai I began to wonder whether they are still around in Sakata. I enquired and was informed that the Sakai still are amongst the influential families in town, although they now engage in business rather than in politics.

A friendly local lady noticed my curiosity about this and she told me that the 19thLord of Sakai is an entrepreneur and the owner of Matsu Café in Matsugaoka, where a group of 3,000 samurai swopped their swords for hues, cleared some land and erected a silk work nunnery in the Meiji Era. I went there to see whether this was true and I can confirm that the 19thLord of Sakai exists; he is a handsome young guy! 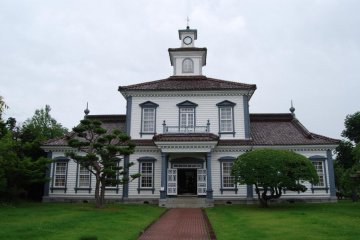 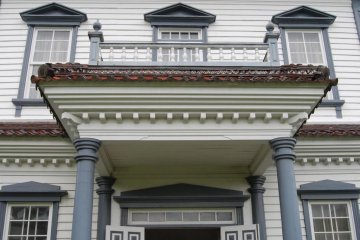 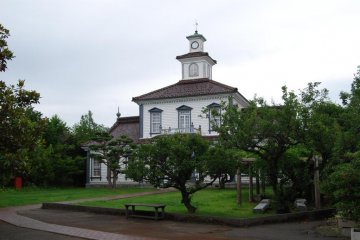 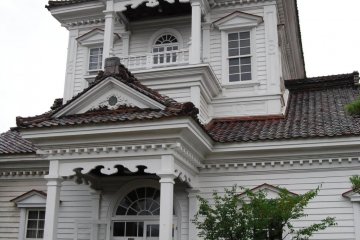 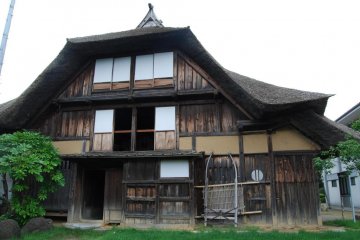