How about a taste of all delicious, all halal cuisine?

No trip to Japan is complete without sampling traditional Japanese food. The Land of the Rising Sun offers an abundance of choices, such as ramen, oden, sukiyaki, sushi, yakitori and many more. All those foods will definitely awaken your appetite, but the question is how do make sure what you are eating is halal or not? Fortunately, now you don’t have to worry anymore. If you want to enjoy delicious halal food, go directly to Kappou Yama.

Kappou Yama, or the family restaurant of Yamada, serves a halal menu that is authentically Japanese. The restaurant has been open since June 2014. It is not only halal certified, but also a member of the Halal Japan Business Association. Even though the restaurant is still new, it is already popular with visitors. When I visited this restaurant, there were some families enjoying dinner. Mr.Yuki Yamada, the owner of Kappou Yama, told me most of the customers are families, tourists, and locals, being both muslims or non-muslims.

There are various dishes on the menu and Mr. Yuki also said that the menu may be adapted to requests from customers. Nevertheless, the important thing is all the food at the Kapou Yama is halal. There are three chefs working in the restaurant and they have been specially trained to make and serve the halal cuisine. Furthermore, Mr. Yuki is working and monitoring the process and preparation of dishes in the kitchen daily. He informed me that every ingredient used by Kappou Yama is stamped as a halal product on its packaging.

That evening, I ordered some dishes, such as temaki sushi, chikuzenni (a type of chicken stew), saba misoni (mackerel in miso) and shrimp salad with some kamaboko (fish cakes). Sounds delicious, right? The real taste was heavenly!

When my order came, I started with the savory shrimp salad and kamaboko. The chikuzenni dish is made with some pieces of potatoes, carrot, mushroom, chicken, root spices, and most interesting of all: lotus root! Wow, it softly melted in my mouth. Next, I tried temaki sushi, a cone-shaped sushi, which was made with squid, octopus, salmon and shrimp, all wrapped in seaweed. Because of its amazing taste, I couldn’t stop eating. At last, I ate saba misoni. The appearance closely resembles a dish from Indonesia. The taste of the fish was delicious and not too spicy even though the soup contained red-chili.

Kappou Yama is located inside the Saitama Arts Theater Building in Saitama. To get there, use a rapid JR train via the Saikyo Line from Shinjuku Station to Yono-Hommachi Station. From there it is about a five minute walk. The Kappou Yama restaurant is not only for dining-in but there is also a delivery service option to universities, major hotels, and offices. With such convenience, there are many ways to enjoy the halal food Kappou Yama. 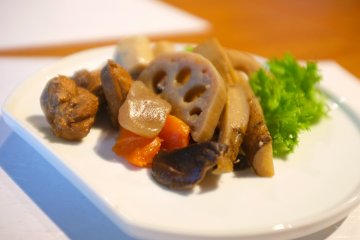 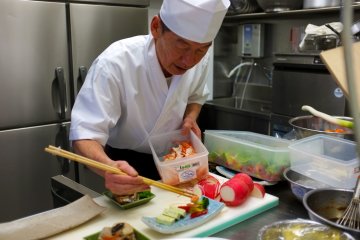 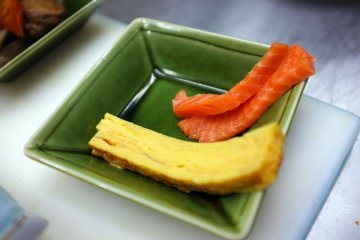 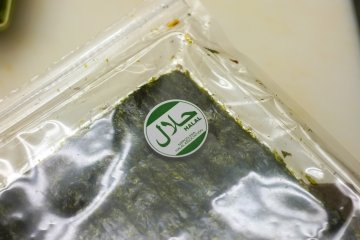 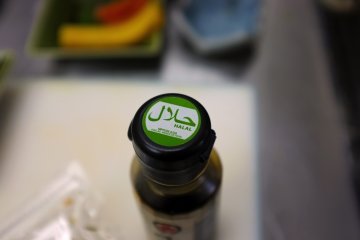 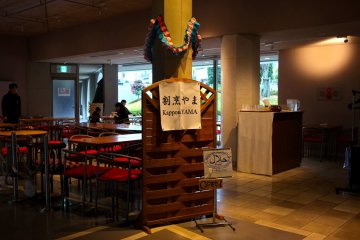 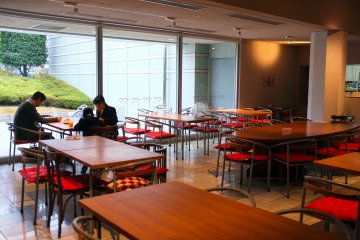 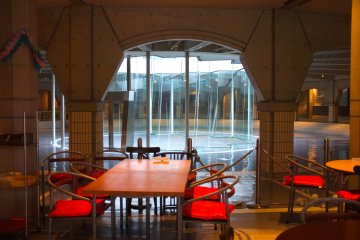 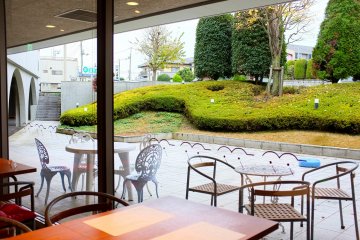 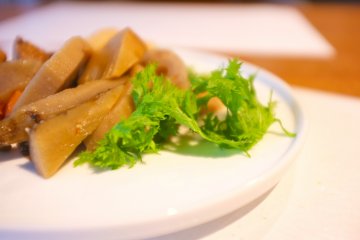 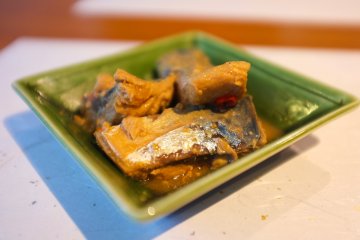 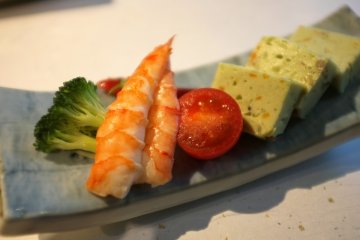 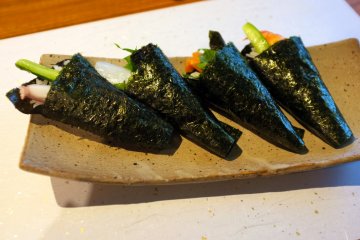 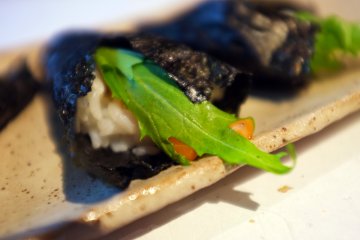 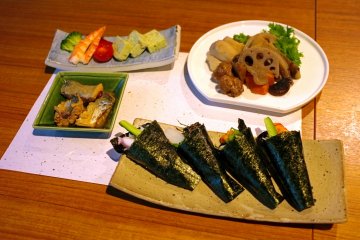 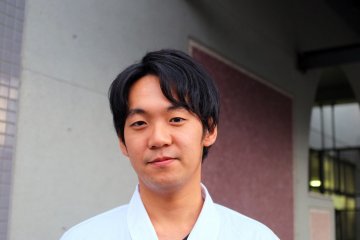