Tokushima Castle is a place that local people frequent, on school field trips, or to sketch scenery during art classes, or to practice Awa Dance before the summer festival. As I grew up in Tokushima, the place was familiar to me, too. So, on this trip to Tokushima, we didn't plan to visit the castle. However, the highway bus we took from Maiko, Kobe was delayed for 2 hours and messed up our whole schedule, and we arrived at JR Tokushima Station at 16:00, too late to visit the planned place, the Naruto German House, so we decided to go to the castle instead for it's located near JR Tokushima Station.

And I'm glad I did visit the place. If I hadn't, my impression of the castle would have remained as something familiar, but mediocre. The castle I revisited looked nothing like mediocre, but was superb, probably because I saw it as a tourist, not as a local anymore. Although the castle and other buildings are mostly gone, the stone walls, newly reconstructed gate, bridges, etc., impressed me. The whole place (there is a park called 'Tokushima Central Park' within the castle ruin premises) was well maintained and manicured, and here and there I could see how much effort has been made to keep it as it is now. Tokushima is doing a great job and it made me unaccountably proud...after all, this is my hometown, isn't it?

The History of Tokushima Castle Tokushima Castle was first built by the first lord of the Tokushima Han (Domain), Hachisuka Iemasa, in 1585. Until 1875, when the new Meiji government ordered that all castles in Japan be demolished except for certain castles, Tokushima Castle had stood there for almost 300 years under the reign of the Hachisuka Clan. The only remains of the castle buildings, Eagle Gate, was burnt down during World War II, but it was reconstructed in 1989. Although there are no main buildings left, this site was designated as the 76th of Japan's Top 100 Castles in 2006.

Hachisuka Iemasa and his father, the bandit Hachisuka Masakatsu (Koroku) I assume the father of the first lord of Tokushima, Hachisuka Masakatsu, formerly known as Hachisuka Koroku, is fairly famous. He was the royal subject of Toyotomi Hideyoshi, who had first dominated almost the whole of Japan in 1590. Hachisuka Koroku's fame derives from the fact that he was a bandit before becoming the subject of Hideyoshi. The archeological studies reveal it may not be true, but it has been widely believed for a long time, since there is a writing in 'Taikoki', a biography of Toyotomi Hideyoshi published in 1626, that Koroku was a bandit. There is an interesting anecdote to show how much people believed this 'bandit' theory.

Anyway, this castle has been in the center of Tokushima city for a long, long time and is a great place to visit and stroll around. There is a lot to see: the site itself, the museum, the park, a fabulous garden, etc. It's within walking distance from JR Tokushima Station, so when you happen to be in Tokushima, don't miss visiting there at least once! Fore more photos, please refer to my photo story. 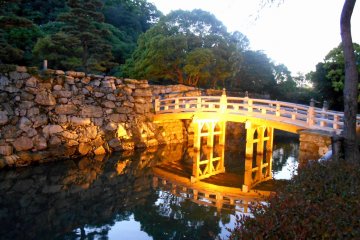 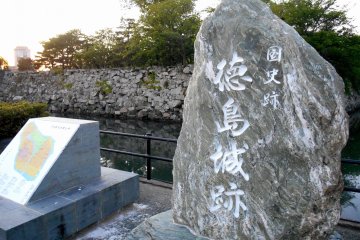 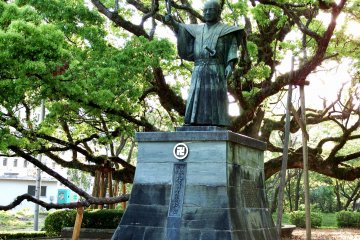 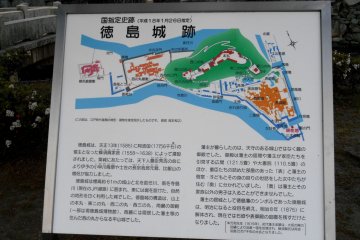 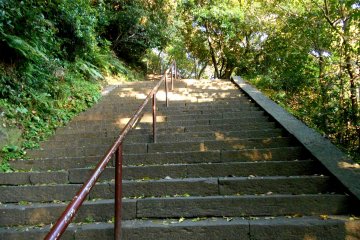 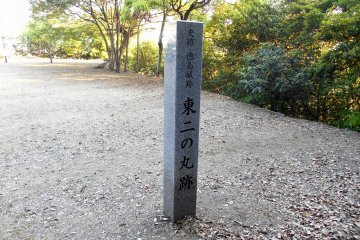 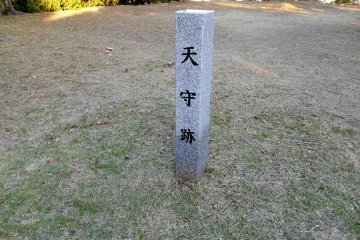 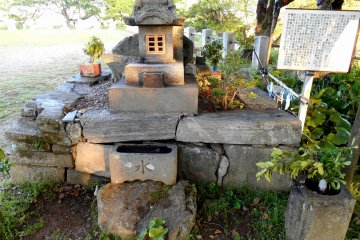 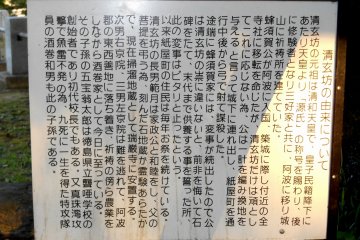 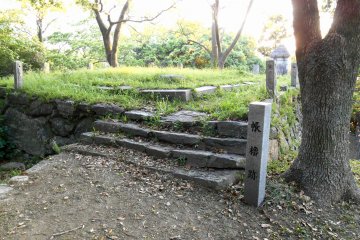 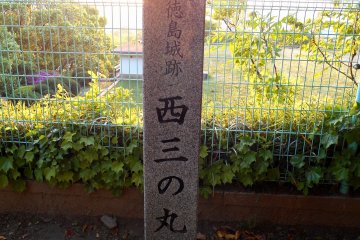 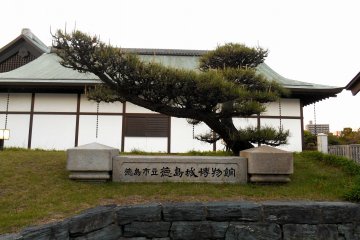 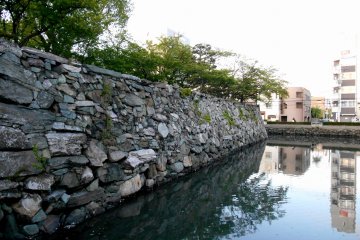