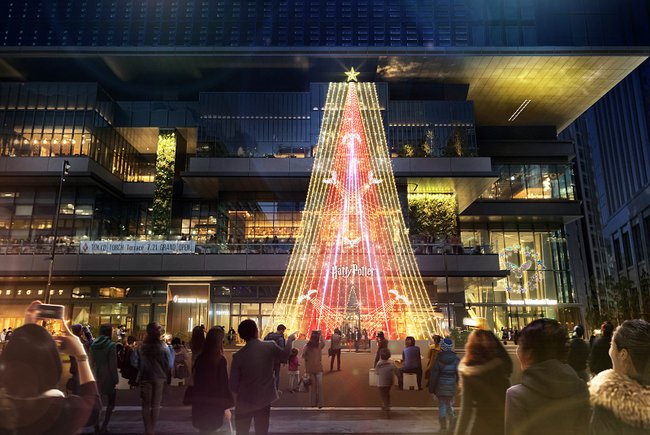 A Glittering Christmas in Marunouchi

Wizarding World on its 20th Anniversary

It has been 20 years since the release of Harry Potter took the world by storm—captivating readers with tales of magic, wizards, friendship, and even grief. The motion picture for Harry Potter lives up to everyone’s imagination with how well received it is by the audience, amassing $7.7b in sales. It’s easy to see why, when it has introduced us to a visual interpretation of the magical world of wizardry. The live retelling of the story around Harry, the boy who lived, has become the common basis for merchandise, games, and cafés that fans clamor to.

The magnetic pull of Harry Potter doesn’t seem like it’s going to wane anytime soon as fans continue to celebrate it. To commemorate the showing of the first film in the series, "Harry Potter and the Philosopher's Stone’’, the Marunouchi region, which will host the festivities for the 20th anniversary of the Marunouchi Building in 2022, will join with the Harry Potter Wizarding World to color the Christmas season as the year comes to a close.

The world of Harry Potter is depicted in several locations around the area. Christmas decorations will deck the halls but with a mystical flair that will set the hearts of its guests alight and fill their eyes with wonderment. The organizers are looking forward to families and friends attending the event and going home in high spirits.

Featuring the main tree, or otherwise known as the Tree of Hogwarts Magic, this pine stands at an imposing height of roughly 9 meters tall on the first floor of the Marunouchi Building's Marucube. Fans will find it immensely delightful as it is embellished with the floating candles that are seen in the Great Hall of Hogwarts.

Guests are invited to witness the lighting show that recreates mythical animals featured in the story and the movie's renowned sequences using the 3D hologram projection. In addition, the tallest tree-shaped illumination "Tree of Owl Post" in Tokyo, "Owl Flight Tree," is now available in the large-scale open space Tokyo Porch Park. Resembling a meteor that shines incandescently, the tree can be seen in the evening, with an owl projected flying across the sky, bearing Christmas gifts. To complete the joyful celebration, a large area outdoors has been prepared for eating and drinking.

For photo ops, there is a large ornament inspired by the iconic scene of Harry receiving his Hogwarts letter to mark the 20th anniversary of the film "Harry Potter and the Philosopher's Stone, and another that displays the mysterious tree and animals of Fantastic Beasts. You can also participate in stamp rallies while walking around Marunouchi.

To have a token of remembrance, they have pop-up shops and offer original collaboration merchandise that you can hoard for your collections.