Free admission into the world of Japanese advertising

Walking from Shimbashi Station towards the Dentsu building where the Advertising Tokyo Museum is held is a mind-altering experience. The buildings to me were more astonishing than some of those in Shinjuku, and that is really saying something. Inside the museum you enter the world of Japanese advertising, which is a truly fascinating and educational experience. In this stunningly modern building, contemporary advertising is on display, but beforehand you are invited to walk through the absorbing history of how it all began and how advertising evolved to its current advanced and creative stage. This journey begins in the early Edo period, running right through to the glitz and glamour of present day media.

Advertising today is incredibly advanced, with technology and social media rapidly evolving. However, looking back to the Edo period of Japan you can be equally impressed with the creativity and use of resources at hand. The start of the museum is dedicated to this period, whereby advertising was more of a tangible and physical process. Big objects are on display, such as a large wooden fan used as a signal for a fan shop, along with a huge painted brush to signal a brush shop. These signs instantly indicated to passersby what each shop's line of business was.

Moving on from flyers and posters comes the birth of the newspaper in the Meiji period, starting in 1868. There is a wonderful display of newspaper pages from this era and you get a wonderful insight into what advertising was like during this time in Japan. After that is the period of the 1900’s onwards, with various items on display depicting the changes of society not only in Japan but also in the whole world. There are some amazing oil paintings during the Taisho period from 1912 onwards as urbanization progressed and a new vibrant ‘Taisho modernism’ came forth. Now people in Japan were being influenced with Western lifestyles, and many department stores opened to meet their consumer needs. The stores thus became the trendsetters of this time.

I love these oil paintings, not only from the East but also from the West, before advertising dramatically changed with the arrival of television. To me they are just as creative as modern day adverts, as they are physical forms of art that have so much dedication put into them by their makers. They are still life; not moving like TV adverts, and this is what I like about them. Even though they are still, they tell a story just as well as a TV advert with advanced editing techniques, and reflect society just as potently.

Changes are always inevitable; World War II then changed advertising in Japan and caused it to go into a period of hibernation as many in Japan were cast into the shadows of the war, causing consumerism to take a back seat for a while. Government-led propaganda then appeared in an attempt to raise the spirits of the country. When the war was over, a determined Japan rose from the ashes and rubble and new advertising came to fruition. It sprang into life again through the form of magazines and newspapers, then even more so when television broadcasting was launched. A very interesting fact is on display at this point is that the Tokyo Olympics in 1964 boosted the ownership of televisions in households by a huge 90%, therefore giving media a huge new platform to work and thrive in and a significant audience to target. A new age then began with the ‘four major mass media’ – newspaper, magazine, radio and television.

Now at this point the museum has progressed towards the 2000’s, with items on display to present changes in society; glamorous magazine covers and photos are some of the many things used as examples of such changes of culture and ideologies. Here you can see the rapid evolution of the mobile phone, a new platform for media advertising along with the powerful presence of social media. Five key words are used - Asia, digital, health, eco and deflation. All of the items are an effective way of showing you how much they have had an impact on our lives and force a strong moment of reflection back to the past, and then a somewhat anxious prediction of the future.

My most favorite bit of the museum was at the end. An iPad hooked up to a television screen gave the opportunity to view TV adverts from 2010 ranging all the way back to 1953. For me it was so interesting to see the changes of consumer culture and lifestyles from the 50’s, 60’s, 70’s, 80’s, and 90’s to the present 21st century. The adverts show the changes of culture and ideology as time goes by. What is also interesting to me was to watch these adverts, one from each decade, and see how they became more and more sexually provocative as the years went by. Along with this I also enjoyed watching the use of color, to when it first arrived on the scene to then being implemented in a more creative way in modern adverts. I do love Japan’s creativity; you can see it really accelerating and thriving in modern day advertising. I also believe that they make the best films, as they have so much freedom of expression and opportunities to be experimental.

Visiting the Advertising Museum Tokyo is well worth the trip, especially as it is free admission. The museum itself isn’t as big compared to other museums, but it certainly makes excellent use of space and is jam-packed with information and interactive media. It is located in the Dentsu building in Shiodome, very close to Shimbashi Station. It is open Tuesday - Friday 11am to 18:00pm, then on Saturdays from 11am to 16:30pm. The museum is closed on Sunday and Monday (Tuesday if Monday falls on a holiday).

Unfortunately, no photography is allowed inside the building, but you can walk away with some brilliant leaflets and booklets that provide excellent information along with pictures. There is also an advertising library to the left of reception.

I graduated from University of Hertfordshire in the UK in 2014, with a 2:1 in Mass Communications. I have since worked in China for a Media and PR Company as a writer and photographer and also as a foreign editor for a English website for the expatriate community in Guangzhou. I am a big fan of t... 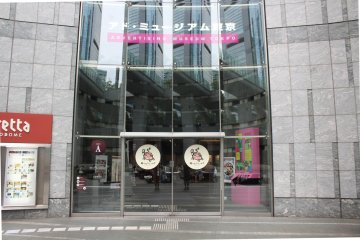 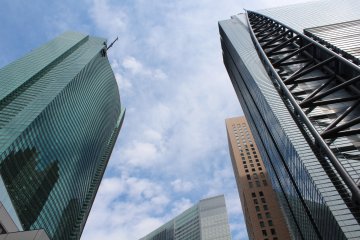 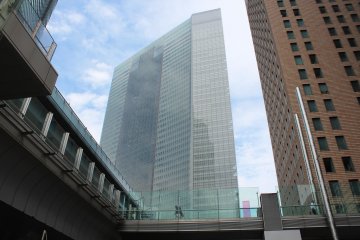 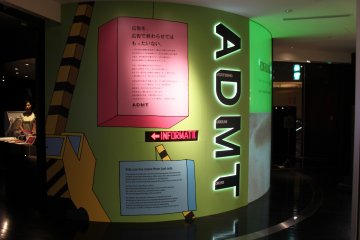 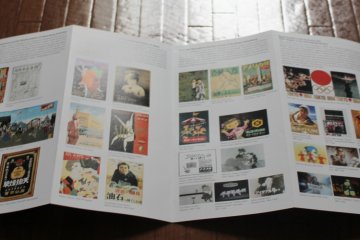 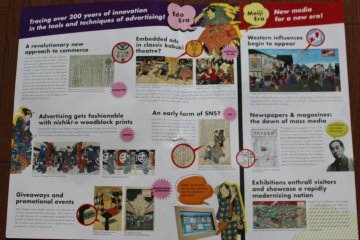 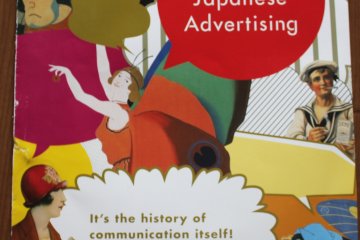 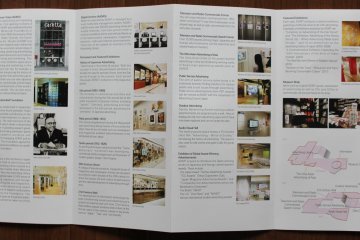