Designed by famous Japanese architect, Kisho Kurokawa, the Nakagin Capsule Tower was completed in the year of 1972 and is seen as a symbol of Japanese metabolist architecture.

Located in Shimbashi of Tokyo (near Ginza), the whole building consists of two towers and 140 capsules. As the first capsule building constructed for actual use, Nakagin not only represents an innovative architectural concept, but also presents an emblematic life style of Japanese salaryman.

The designer of Nakagin was influenced by Marxist philosophy as well as biological metabolism. The circular shape of the windows of each capsule gives each capsule a washing-machine look. Each block/capsules represents an individual cell – self-contained, full-functioned, detachable and replaceable. To further explain, each capsule is fully-furnished in a studio style: kitchen, bedroom and bathroom are fit into one block. Facilities and amenities such as stove, TV, refrigerator are all included.

As the prototype of sustainable architecture, the whole building delivers multiple messages to the world: sustainability, maximization of functionality, and the pursuit of high-efficiency. It has also become one of the most iconic architectures in a starring role for its dynamic and uncommon design. It was featured in both Heroes Reborn and the Wolverine for its unique structure and has gained attention worldwide.

The future of Nakagin Capsule Tower

If you happen to travel to the Ginza area of Japan, it is highly recommended that you pay a visit to this distinctive building and understand the evolution of Japanese architecture as well as the society — not least because the Nakagin Capsule Tower is sadly slated for demolition.

The building is largely expected to be demolished from April 2022 which, together with the deteriorating interiors, has forced many of the longer-term residents to finally up and leave over the years.

With the current owners failing to find a buyer to preserve its future, a recent 2021 crowdfunding campaign then instead helped raise funds to at least renovate and restore many of the capsules themselves in help donate them to museums around the world or relocate them otherwise.

See Abroad in Japan's Chris Broad take a look inside this metabolist masterpiece: 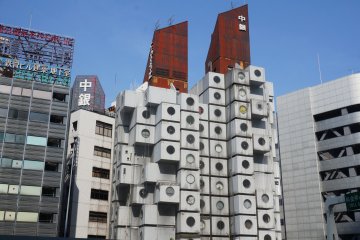 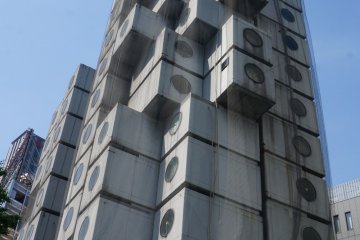 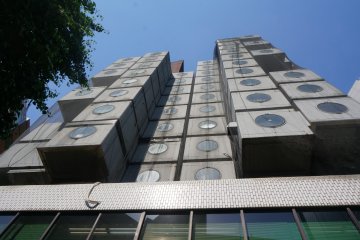 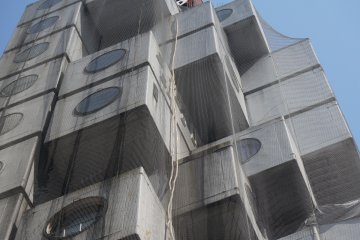