Try the famous oxtail at YOHO Cafe Lanai in Asagaya

Amidst all the wonderful restaurants that Japan has to offer, there is a hidden treasure tucked away in the back alleys of Asagaya. YOHO Cafe Lanai is run by just one man and one waitress, but do not mistake the lack of personnel for a lack of flavorsome food. Their dishes pack enormous flavor that one doesn't normally find in the metropolis of Tokyo.

This restaurant was unknown to most of Japan until the Japanese television show 孤独グルメ or Kodoku Gurume, aired an episode that covered the small Hawaiian shop. After the shop was suddenly thrust into the spotlight, people lined up for hours to try their famous oxtail soup. The lines were so long that for the first time the shop owner had to hire part-timers to help cope with the sudden influx of customers. This lasted for months, the shop owner told me, and he was more than happy to announce the hype has died down in recent months. But although the lines have gone away and attendance has returned to normal, nothing has changed about their most famous dishes.

The oxtail soup is the stand out of the bunch. Simple and flavorful, it comes with a side dish of ginger and garlic doused in soy sauce. I was instructed as to the specific order the dish must be enjoyed in: Dip the oxtail in the ginger, and then dip the whole cup of rice into the soup once the oxtail is finished. Savory and filling.

Another amazing dish was the garlic shrimp which rivaled even the best shrimp dishes of Hawaii. Piles of garlic are added to the shrimp which you can order as an appetizer or as a main dish.

Expect to pay around 1000 to 2000 yen per meal depending on how much you can put into your stomach, and believe me there are more than enough dishes to try. The shop can be easily found on the first left outside the south exit of Asagaya station. Continue to follow the street parallel to the train tracks and the shop will be on your left.

Trust me when I say it, you won't regret making the short trip to this lovely restaurant. 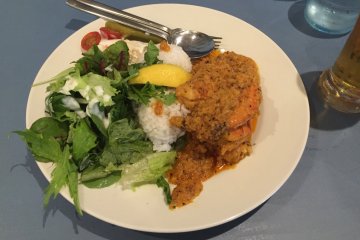 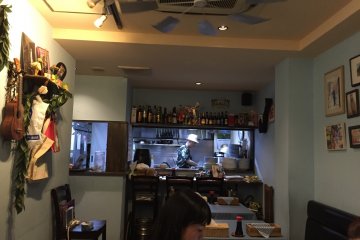 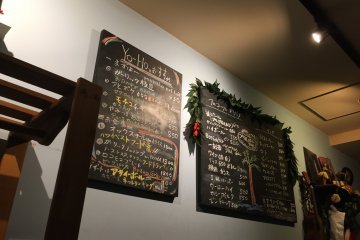 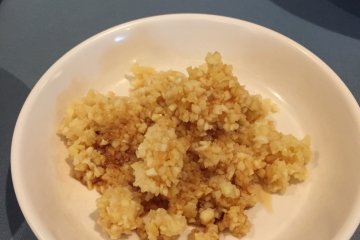 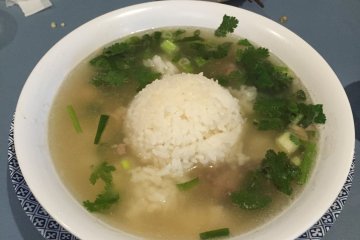 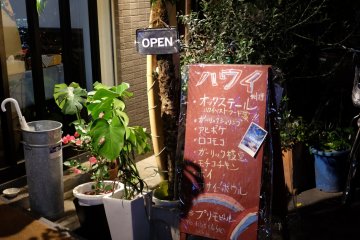 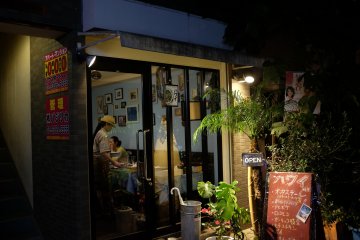