A display of a fantastic sport and its extravagant fans

A whistle sounds off in the distance and I find myself looking up, arms tensed to protect myself at a moment’s notice. By the second or third time I heard this while at the Tokyo Dome, I’d come to learn that it wasn’t an overzealous fan casting out their support for the Yomiuri Giants nor some strange amendment to the umpire’s refereeing tactics in Japanese baseball. But it’s nice to know that, even if just for a moment you’re lost in conversation during a game, a warning signal of a rogue foul ball can wake you from a reverie. And perhaps you’ll be lucky enough to become an outfielder in the stands and catch the ball yourself.

The whopping 55,000-seater Tokyo Dome, also known as the Big Egg, is home to the Giants. It’s a good thing that the stadium capacity is so large, because Japan is crazy for baseball—right after soccer, of course. And whether you’re craving a snippet the American pastime on your trip to Japan or want to see a fan base as intense as the game itself, planning a trip to a game at the Tokyo Dome is a must.

Up in section C on the first base side, I had a fantastic view of the Giants versus Chunichi Dragons game. Baseball in Japan of course has the same rules as in the states, but I noticed a few things (including the whistle warning) that made this baseball experience different from others I’ve had.

The stadium sells tickets specifically for the cheering sections located on either side of the outfield. On the left field side sits primarily the visiting team’s fans, and out by right field is the Yomiuri Giants Cheering Club.

A cheerleader for either cheering club conducts the flag wavers and fans through various songs and cheers. Each team also has their own bands with brass instruments and drums, providing a college-football-esque soundtrack to each inning. The cheering clubs display their loud and rambunctious support for their respective teams only during their offensive innings, unless a spectacular defensive play has been made.

The mascot of the Giants is called a Giabbit, which are orange rabbits (the name coming from a combination of “Giants” and “rabbits”). You can see the whole lot of Giabbits perform a dance in the field along with the dance team during the typical seventh-inning stretch.

Classic baseball refreshments are served at the stadium along with some Japanese food, such as ramen. Cutesy vendors in bright colors walk up and down the stairs in each section, but instead of cracking open a beer at your request, they’ll fill up a plastic cup with beer from their backpack kegs. But some things never change, as the beers here are ¥800 a pop.

Being in Japan during the summer, something the locals do to make the hot days a bit more bearable is to carry around a small hand towel, and they’ll come in handy at a Giants game. Don’t worry, games are always inside and air-conditioned, but when the Giants make a great play, you’ll be asked by announcers to “swing your towel!” in celebration. 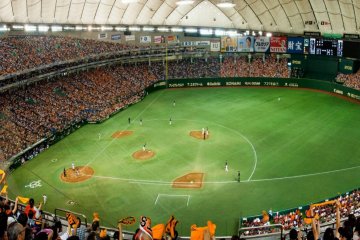 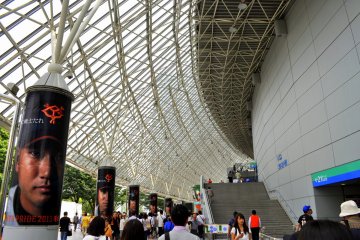 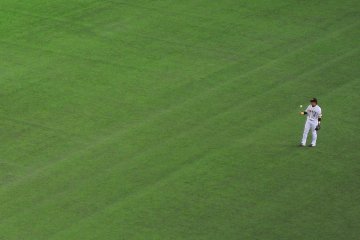 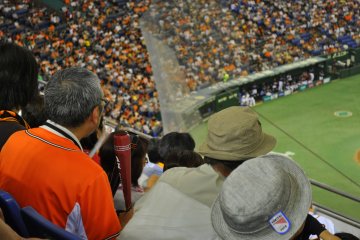 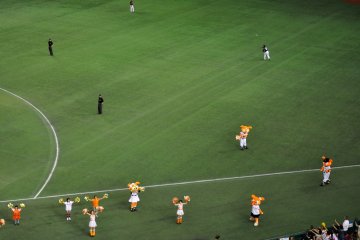 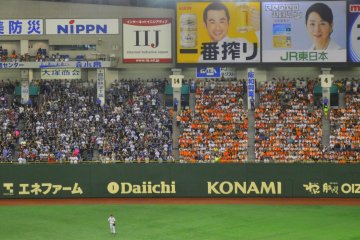 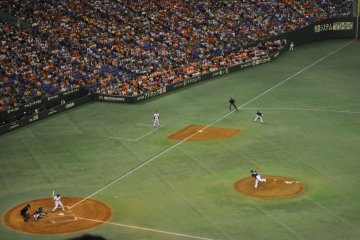 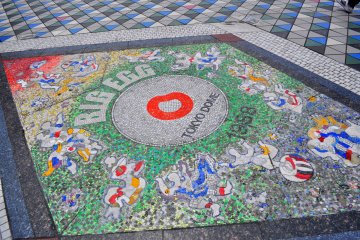