Behind the scenes, cosplayers get ready at Prism Hall before prancing around Tokyo Dome City (Photo: Hannah Morse)

If a gaggle of twenty-somethings is spotted rolling around suitcases and there isn’t an airport nearby, it’s very possible that a cosplay event is nearby.

Cosplaying—a mash up of the words “costume play”—isn’t anything like Halloween; it’s serious business. A lot of the appeal of cosplaying stems from taking pictures and interacting with other cosplayers as the character. From pure adoration of a specific character to the plain enjoyment of accomplishing a lookalike, cosplaying is a phenomenon that spans all corners of the globe.

A cosplayer’s day starts bright and early if they want to get a good spot in line at Cosplay Festa, one of the biggest cosplay events in Japan. Doors opened at 10:00 a.m., but the line at the entrance of Prism Hall at Tokyo Dome City began around 7:00 a.m.

Once inside, cosplayers separate into designated changing rooms and begin the transformation process. They typically don't arrive fully dressed because of the cosplay culture in Japan. In one area, they assemble into their costumes, and then in another area they adjust their wigs and makeup and complete the transformation. After this, the cosplayers can check their suitcases and be free to gambol around the site as they please.

Cosplay is not to get confused with the infamous Harajuku Street style, where people typically dress up in eye-catching punk or sweet “loli” (Lolita) styles that are separate from dressing up as a character in a print or film series.

Typically, these events are closed to the public and require ticket purchase prior. For Cosplay Festa, cosplayers pay ¥2000 (photographers pay ¥2500) to be a part of the event, which includes a place to change their outfits, access to vendors selling doujinshi (fan-made items based on various anime or the likes), luggage check, a central location to meet other cosplayers and, at this event, have a dance party.

But for those more interested in the spectator sport, events like Cosplay Festa are held in open areas such as Tokyo Dome City so that cosplayers can frolic around, play video games, have photo shoots, ride rides and, in essence, have tons of fun pretending to be their favorite character. If you want to snap a shot with a cosplayer, just be polite and ask; they’ll be more than happy to strike a pose for you. 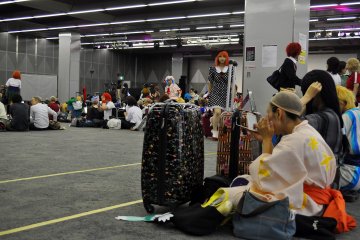 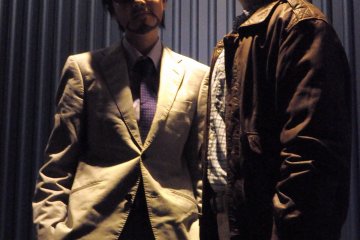 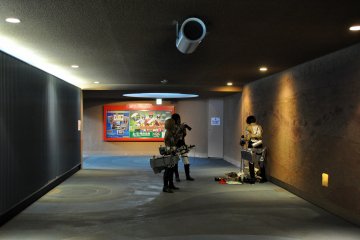 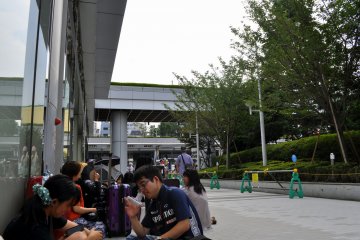 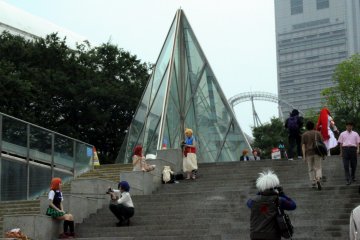