A park full of Sakura that only the locals know about

Asukayama Park is a large urban park found in the north of Tokyo near Oji Station.This is a great place to come and view the cherry blossoms as it seems to be a little quieter than other spots like Ueno or Sumida Park but still very easy to access. It is a great park for the whole family as there is some of the coolest playgrounds I've seen including an old tram and train to play in. There is also lots of open space to explore and plenty of families were out enjoying the sunshine when we were there.

Half of the fun is getting up to the park as you can hop on a free monorail that takes you up the hill to the park in just a couple of minutes. Unfortunately the line was pretty long during cherry blossom season so we opted to walk instead. The park has only a few food stalls around but you can easily walk to one of the convenience stores that are near the park or pick up something on the way from the train station. On the day we visited it was the first and last sunny day to enjoy the Sakura as the blossoms were starting to fall and the trees were turning quite green but this didn't stop everyone from appreciating the trees including the Google street view man who was recording his walk through the park.

After we finished exploring the park we headed across the road to have a look at the temple or shrine we could see from a distance and we stumbled across this rocky canal that was hidden from view and had a few cherry blossom trees on either side. Lots of people were sitting on the rocks enjoying their lunch and it looked like such a beautiful spot that we decided to do what everyone else was doing and bought a bento box and enjoyed the view.

Asukayama Park is a nice place to visit anytime of year with museums (Paper museum, Banknote and Stamp Museum, Kita City Asukayama Museum) and parklands to explore but during Sakura season it's even more beautiful. 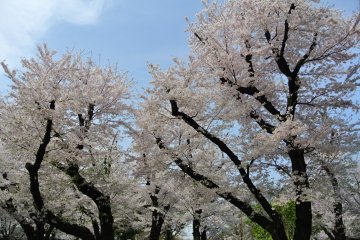 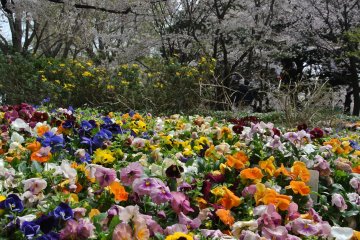 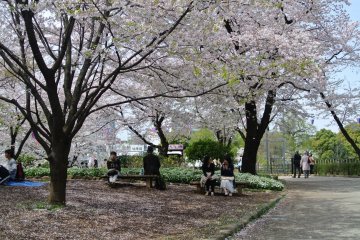 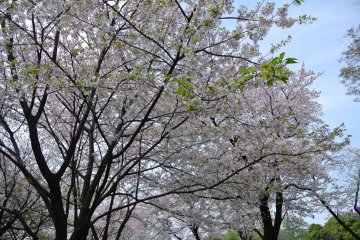 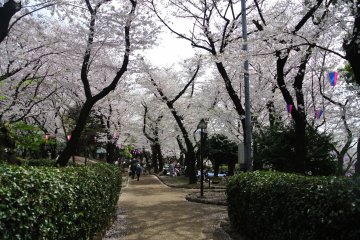 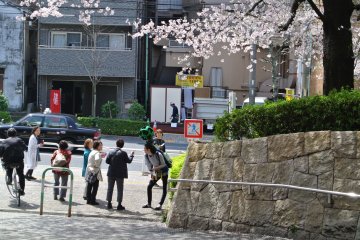 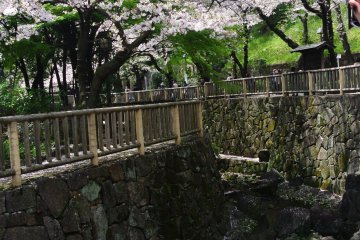