Ryogoku is a neighbourhood in Sumida, Tokyo, right across the river from central Tokyo. Ryogoku is famously known as the heartland for professional sumo wrestling, hosting it's first match way back in 1768, at the Eko-in Temple. You'll find most of Tokyo's Heya located in Ryogoku, Heya are organizations of sumo wrestlers training together.

Hidden away amongst the buildings is where you'll find this pure land Buddhist temple. Though largely undiscovered by tourists, this temple was in fact the main sumo-wrestling venue during Edo and Meiji periods. Tournaments were hosted here between 1833 and 1909, known as the 'Eko-in Sumo' period. Being hidden away, the temple is very easy to walk by without noticing. It actually took me a week to realise that it was one building away from where I've been staying! I'm extremely glad to have visited though, due to the temple's history, spirit and beauty.

Eko-in was founded in 1657 with the original name of 'Shoshūzan Muen-ji Eko-in', this was the year of the 'Great Meireki Fire' that swept Tokyo for two days, destroying two thirds of the city whilst killing over 100,000 people. Ietsuna, the shogun at the time, set aside land for the commemoration of those taken by the fire and destruction. Therefore, the Eko-in was built on said land for the burial of the victims, both human and animal. You'll find numerous monuments erected for different reasons; some being for stillborn infants, cats, minors and adults.

The temple is a peaceful place to visit and pay your respects. There are plenty of historic artifacts to gaze at and appreciate. Neighborhood cats particularly like to escape the city noise and bathe in sun atop the monuments. You can view a guide here, for tips on correct etiquette to use whilst visiting temples.

Ryogoku train and Metro stations are within a five-minute walk; so it's very easy to reach, just check a map before setting off! There's also the Edo-Tokyo Museum by the station, with plenty of sumo wrestling and local history. 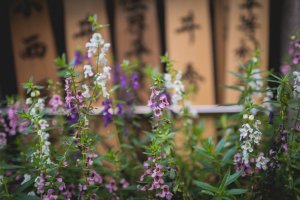 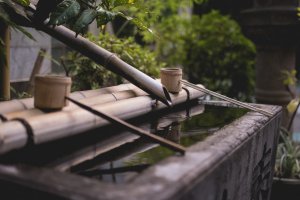 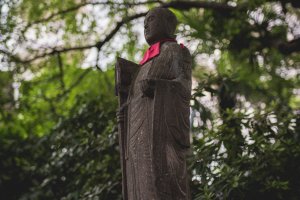 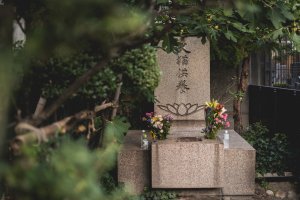 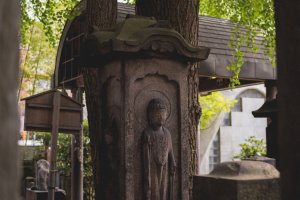 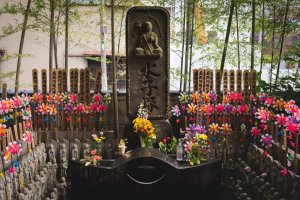