The place for cool, alternative fashion in Tokyo

When people think of Tokyo fashion, they think of Harajuku. It’s true that Harajuku has been the centre of Japanese fashion since the 1970s, and remains one of the most popular shopping areas in the city. However, Koenji has also made its mark, and for good reason - it’s not only one of the best areas in the city for vintage clothes and the most up-to-date styles, but also live music, and great places to eat and drink dotted all over the place. Koenji is the heart of all things young and cool.

‘But if I’m looking for the height of fashion and good food, why not just go to Harajuku?’ I hear you ask - well, by all means, go to Harajuku too! It’s a fantastic part of Tokyo and an essential part of the city’s culture. And with Meiji-Jingu shrine right next to the station, it’s a place not to be missed.

But that’s not to say that you can’t see Koenji too; its streets have a unique vibe that can’t be emulated, a sort of chilled out feeling that you don’t find in the busy streets of Harajuku. However, you’ll still see the same great fashion in Koenji as you do in Harajuku – from the ‘kawaii’ pastel pinks and chiffon ruffles, to the grungy man-sized t-shirts and second-hand Doc Martens, or the bright neon outfits that you might think of first when you imagine Tokyo fashion.

There are great cafés, restaurants, and yakitori stands all over the place, plus dozens of places for a good, cold beer. Koenji is largely populated by young people, so everywhere is cheap, relaxed, and very trendy. There are also plenty of convenience stores and other such useful places for the more important errands.

The streets of Koenji are far quieter than other shopping areas in Tokyo, which provides a far more relaxed experience - and if you wander north of the train station, you’ll find some more peace and quiet in the Koenji temple, after which the area was named. It’s a small, beautiful, Buddhist temple, only a few blocks away from the exciting suburban shops. If you would like to see more of Koenji’s traditional sights, take a walk through its parks - Sanshi-no-mori, Mabashi Kōen, and Wadabori Kōen, which is further away from the centre.

If you want to visit Koenji, you may have to take the Chuo Line, which can be complicated; make sure you take the correct train, since some do not stop there. You may be required to change, even if it says ‘Koenji’ on the signs at the station. Asking for help at the station to find the correct train is always a good idea, if you’re ever unsure.

For those who want to see a part of Tokyo that is a little less well-known and has all the essential modern and traditional sights, Koenji is the place for you. 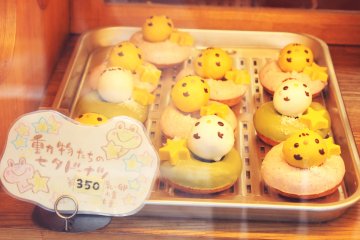 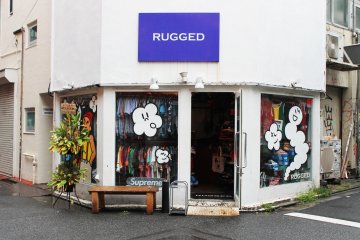 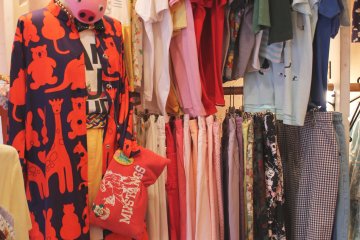 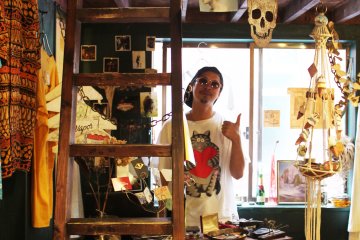 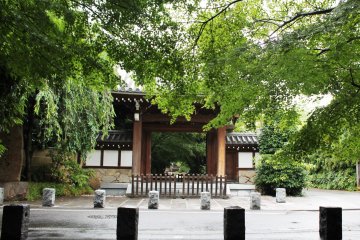 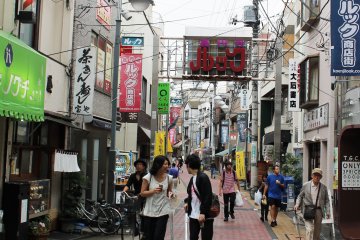