A distinctive and laidback enclave

This quaint neighbourhood is known for being the only French enclave in Tokyo. Due to the presence of two French schools in the vicinity and a higher concentration of French expatriates living near there, you will find the most number of French bakeries, cafes and restaurants here, as opposed to anywhere else in the city.

Despite this reputation, at first glance the main street looks very much like any other older Japanese shopping area; the streets are lined with a mixture of Japanese and Western restaurants, shops selling handicrafts and trinkets, and international chains like Starbucks and McDonald’s. While the architecture and atmosphere of the area is still distinctly Japanese, there are a number of French cafes and restaurants tucked away in the smaller streets, like gems waiting to be discovered by those with enough patience.

Keep your eyes peeled as you walk past the small alley way, and try to pass through all of them. It is easy to get a little lost, as the narrow streets have quite a few turns and start to look about the same after a while, but that is all part of the fun. If you feel in the mood for nice French food and wine, you can try restaurants such as Le Clos Montmartre, Refuge, Le Bretagne, Brasserie Saint Martin and Sans Fracon. Some of them serve lunch as well, while others quiet before dark.

For a bite of dessert and a coffee there are quite a few scattered around the area, like Café Le Coquillage, Maison De Poupee, and Le Coin Vert. Most of them have a small seating capacity, so it is best to go during offpeak times.

The number of exclusively French eateries I found was below my expectation, but it is still more than other areas I have explored. It is fairer to say that there is a strong European presence in Kagurazaka, as there are possibly more eating places that are actually Spanish and Italian.

This neighbourhood is a good place to just relax in the afternoons and evenings, as the smaller lanes are quiet and peaceful. Most of the cafes and bistros have a few small tables outside for those who want to enjoy the good weather. 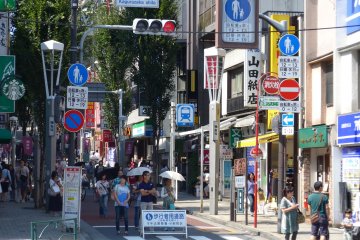 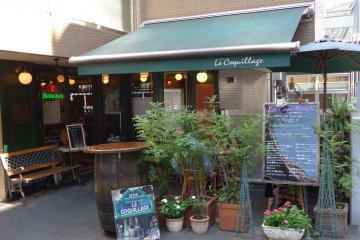 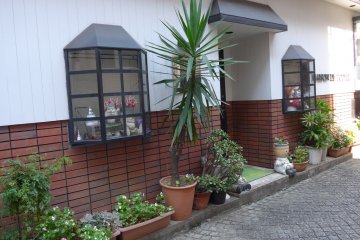 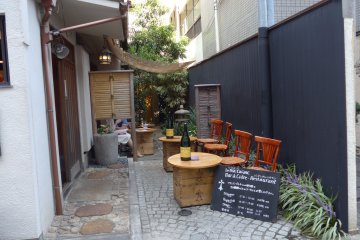 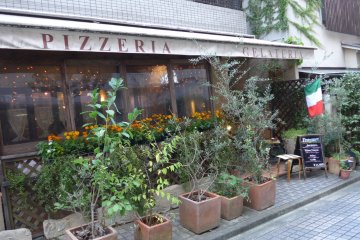