Frijoles in Roppongi is a friendly, no-nonsense eatery offering tasty American-style Mexican food and English-speaking staff who have no trouble understanding special requests. All the employees I have encountered at both the Azabu-Juban and Roppongi locations have addressed me in my native language and walked me through the ordering process that way. I’m guessing English ability is a hiring requirement.

The Frijoles menu is nice and simple: Your two main options are to have your meat and fixings either wrapped in a tortilla or dumped in a bowl. When you get to the counter you will first be asked what you would like (burrito, fajita burrito, tacos, burrito bowl, or salad), followed by which filling (chicken, carnitas/pork, steak, or veg). You then shuffle along the counter while indicating which fixings you’d like added.

I have tried all three meats on the menu, and the carnitas win the blue ribbon. My go-to order is a carnitas fajita burrito without rice and with a mix of all four salsas (mild to hot and lots of colors in play). Be careful if you don't like it hot, as Nanami had trouble dousing her mouth fire one rainy lunchtime visit.

A couple of points of confusion for me the first time I went to Frijoles:

1) The difference between a burrito and a fajita burrito is that the former contains beans while the latter subs in sautéed green peppers and onions.

2) All the toppings are included except guacamole, which is a whopping 250 yen extra (though I believe it is included free in veggie options).

The Frijoles atmosphere is decidedly cafeteria-esque, with a bright, clean feeling and white counters. The window seats are good for people-watching, as it’s fun to stare or make faces at the diners in Roti restaurant across the way. Counter seats give you a view into the kitchen, where friendly staffers always seem ready to chat. There is but one table inside the restaurant, with a few more in the terrace area outside.

I highly recommend the frequent-diner card, not only because they give you free guacamole with 10 stamps or a free meal with 20, but also because Frijoles treats you to a complimentary meal on your birthday! And they are known to double-stamp when it rains.

It's better to keep your mouth closed and let people think you are a fool than to open it and remove all doubt.(Mark Twain) 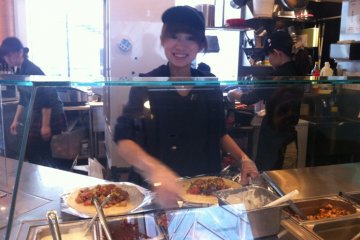 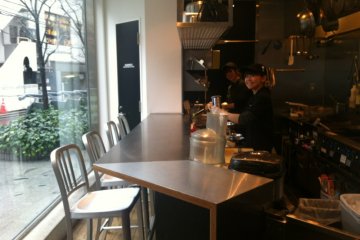 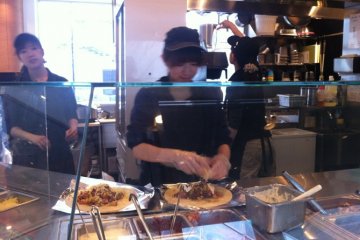 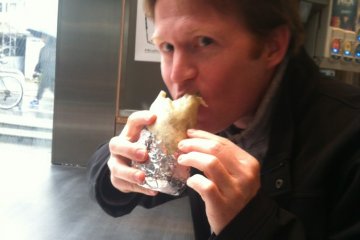 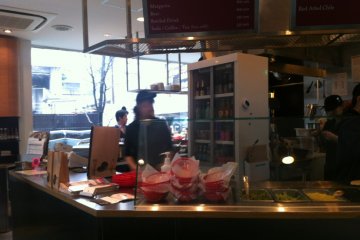 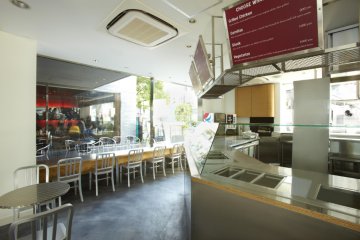