12th branch of Gonpachi opens in the heart of Harajuku

Gonpachi is a Japanese restaurant that blends tradition and uniqueness in its dining experience.

The branch of Gonpachi in Nishi-Azabu is known as the "Kill Bill" restaurant, and is undoubtedly the chain's most famous branch. But just recently, the restaurant opened its 12th branch in Harajuku, Gonpachi Norite-maki.

Because it's famous among locals and foreigners, the restaurant in general caters to both palettes, and employs English-speaking staff. This new branch specializes in offering cauliflower as a substitute for rice, for customers on a low carb diet, or who want to try something different. Its menu comprises of Nori Temaki, also known as Japanese hand-rolled sushi. The sushi bar is then, specializing in Temaki. While the ingredients used in sushi are the same, the form is different.

The ordering system is efficient and self-service which can be passed to the staff. All the sushi are freshly served upon ordering.

Some of its best sellers for foreigners include Salmon and Avocado, Spicy Tuna, and Toro and Takuan. They also offer two vegetarian options - Plum and Cucumber, and Nori Wasabi - but plan to add more in the future. There's a variety of drinks, including the classic Ramune (Japanese soda) and emoji tea, among others.

Albeit smaller, it allows for a more intimate dining experience. 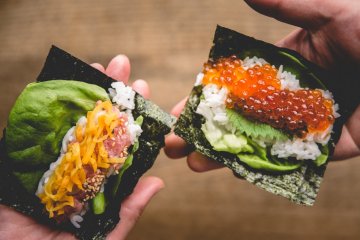 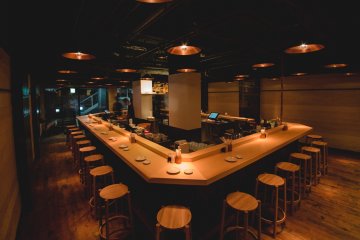 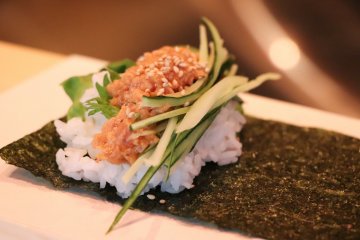 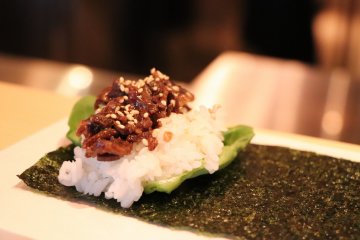 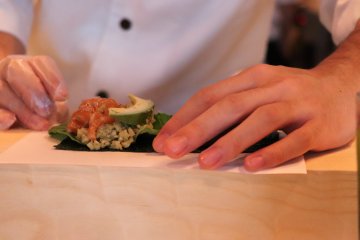 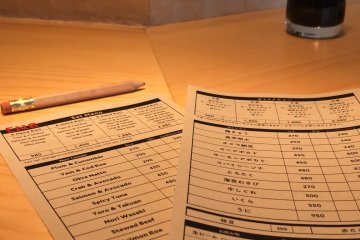