Harajuku. What comes to mind when you hear that name? For me, I immediately think of Takeshita-dori, the narrow, pedestrian-only street, filled with unorthodox fashion boutiques, the aroma of yummy crepe stands, restaurants, souvenir shops, and Lolita Girls. But, wait. There’s more! Harajuku is also home to world-famous streetwear brands just located opposite end of Takeshita-dori, towards Meiji-doori. Just follow the signs!

According to several sources online, it’s a unique, cutting-edge clothing design with a limited production amount and distribution. It's often in collaboration with new, out-of-nowhere labels. It is fashion that keeps a low profile, centered upon casual, comfortable pieces such as jeans, t-shirts, baseball caps, and sneakers. It is a genre of contemporary apparel, united between sportswear and military looks, influenced by hip-hop and skateboarding styles, and instituted by a surf company. It often features bold colors, graphic prints, retro designs and logos - 1980’s nostalgia.

A Bathing Ape is one of the first Japanese urban brands founded in 1993 by Nigo, real name Tomoaki Nagao. A designer, producer, drummer, and DJ, Nigo studied fashion editing in college. He decided the Japanese term “bape” would become the name of the brand due to several cultural references. First, the theme comes from the movie “Planet of the Apes.” Second, its meaning describes a method of bathing in lukewarm water after a long period of time, mocking the laziness of some Japanese. Nigo feels the Japanese youth of today are a reflection of just that.

Bape first started in Harajuku of Shibuya, Japan. Today, Bape is one of the most popular brands in the world producing t-shirts, jeans, hats, jackets, shoes, and more. It has had successful collaborations with brands like G-Shock watches, Supreme, Pepsi and even Hello Kitty. In 2003, Nigo met singer and songwriter Pharell, and since then the hip-hop culture was infatuated with Bape. Expect pieces from the collection to be pricey, but Bape quality is superior. The most iconic pieces are Bape 1ST Camo Ape Head and the notorious Full Zip-up Shark Hoodie. A simple t-shirt can cost between 5,000 to 7,000yen.

To reach a wider audience, A Bathing Ape introduced more brands called Aape, Mr. Bathing Ape, and Bape Kids. Oh! And if you are a loyal follower of Nigo, he has a new store opening up in Harajuku this spring, clearly identified as “STORE by NIGO.”

Billionaire Boys Club (or BBC) and Ice Cream clothing lines were both established in 2005 by Pharell Williams and Nigo, founder of Bape. Headquartered in Tokyo, the BBC clothing line consists of typical streetwear like t-shirts, jeans, and jackets best described as bright, vivacious and loose fitting. Williams, an American singer, songwriter, rapper, record producer, and fashion designer, also has a love for skateboarding, and created the line in hopes of giving back to the world. Due to the limited amount of apparel produced, you can also expect the BBC collection and Ice Cream shoes to be priced similar to other streetwear brands in the neighborhood. A short sleeved t-shirt can cost approximately 5,000yen.

Stüssy clothing brand has been worldwide since 1980. It is a privately owned company, which was started by Shawn Stussy and Co-Founder Frank Sinatra Jr. Before branching out on his own, Shawn Stussy shaped boards for Russell Surfboards. Since then, the company has benefited from the surfwear trend originating in Orange County, California. By 1996, Stussy was being carried in 15-20 Japanese stores with a loyal following. The customers, like surfers, skateboarders, and streetwear enthusiasts into the hip-hop scene, helped keep the brand afloat. For their 30th anniversary in 2010, Stussy collaborated with various brands on limited-edition tees, including Supreme, Bounty Hunter, Neighborhood, The HideOut, and PAM. To this day, Stussy remains a privately owned, independent company run by Frank Sinatra Jr. and his family. Look for the World Tour Tee shirt printed with a listing of their store locations in New York, Los Angeles, Tokyo, London and Paris for approximately 6,000yen!

Supreme is a New York based streetwear brand founded by James Jebbia. He had once worked with Shawn Stussy and shortly partnered up to open a Stussy shop on Prince Street back in 1991. In 1994, Jebbia left and opened Supreme on Lafayette Street in 1994. Not a skateboarder, as one might assume, it was his years of experience in retail that set the brand off. Selectivity and exclusivity are an integral part of the brand’s DNA. Some say that Supreme makes some of the best clothes for men in America; Chinos are constructed with military-grade reinforcement, hats are made with a sturdy square brim, and T-shirts are twice as thick. Supreme is most popularly known for its iconic box logo shirts and hoodies that are released each season. But, can be very difficult to obtain due to limited quantities produced. Expect to wait in line for hours or try your luck at making a purchase online.

X-Large is another streetwear brand found in Harajuku, originally established in Los Angeles in 1991 by Eli Bonerz and Adam Silverman. The store absorbed the scene around them, which was a mix of skateboarding, rave, hiphop, jazz funk, club scene, vintage trends, and the Beastie Boys. Eventually, the combination of work wear clothing and vintage sneakers were marketed as the unique X-Large fashion style as opposed just every day wear. The most iconic piece in the collection is the original gorilla tee that costs approximately 5,000yen. X-Large was the first street brand to use a gorilla or monkey as a logo even before "A Bathing Ape in Lukewarm Water.”

Lastly, if you were hoping to make a purchase at one of the Top named streetwear brand shops, but your wallet just couldn’t face it, there is an alternative! Resale shops like Brand Collect can be found all over Harajuku Street. They offer gently used, world famous clothing brand articles at slightly lower prices. If you’re lucky enough to find your size in something that was previously worn, then why not start your shopping spree here? 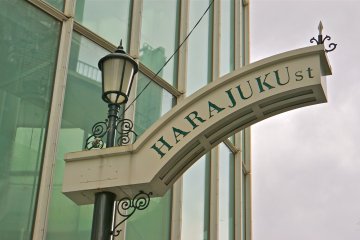 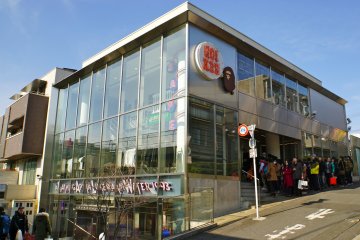 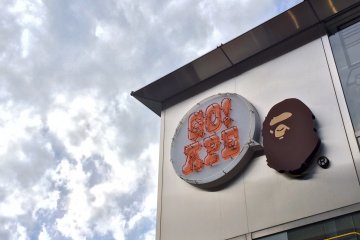 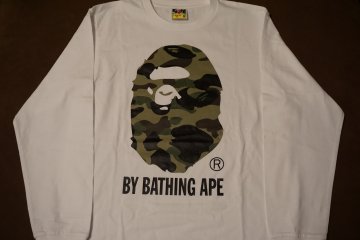 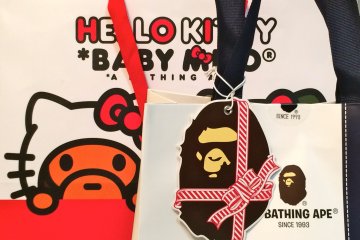 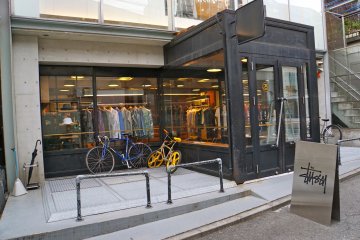 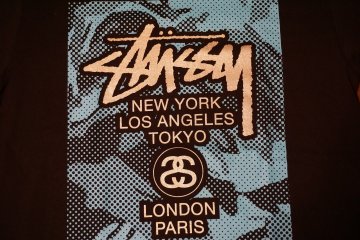 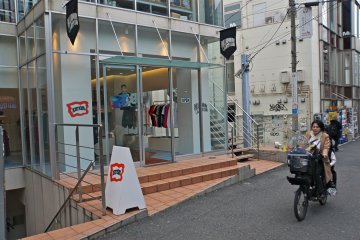 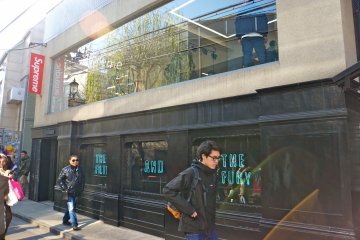 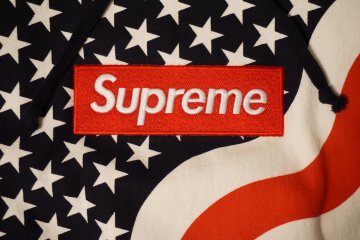 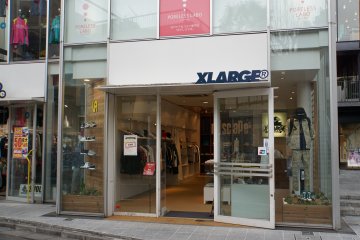 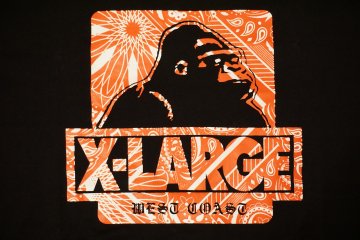 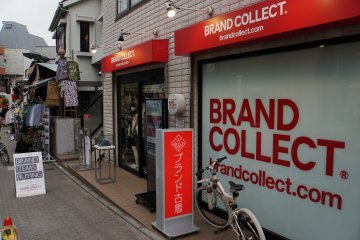 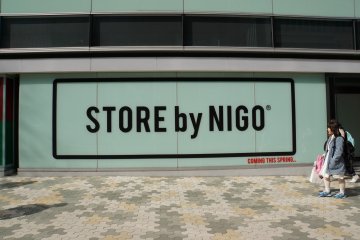 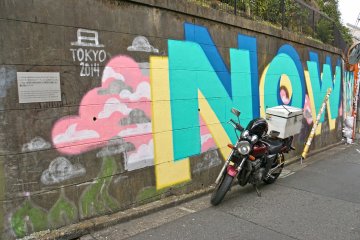 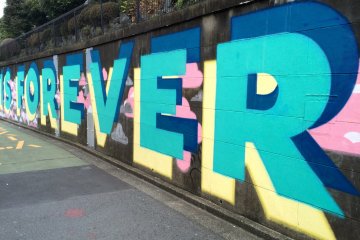 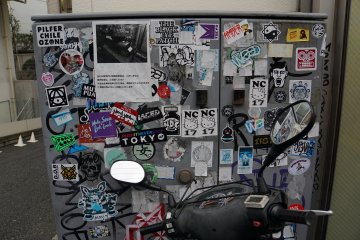 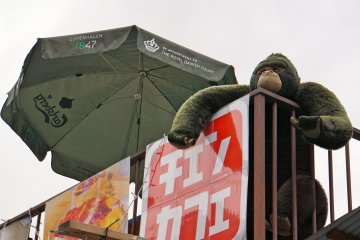 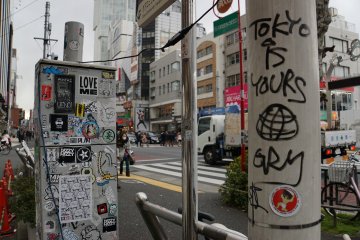 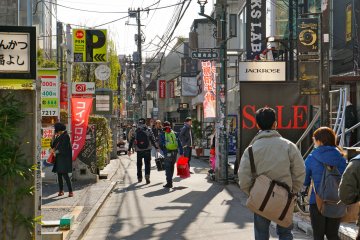 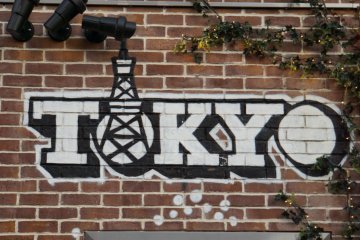 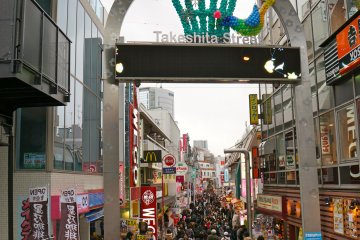