In 2016, the old train station in Ryogoku, the home of sumo, was given a face-lift and reopened as a symbol of of Edo Period Japan. Named after the noren curtain that divides the outside from the inside for many a store, Edo Noren is based on the concept of 'Edo Cuisine'. Outside, you have the modern world. Inside, the past.

Now, despite all that, we are still in the year 2019, and while you will find a full size sumo ring and traditional-styled architecture, you will also find twelve modern Japanese restaurants serving Edo-inspired foods.

Being the home of sumo, a spot of lunch before we headed off to watch the wrestling was most definitely in order. Feeling a bit local, we decided that the tempura store hiding behind its own noren curtains would be the place to satiate our stomachs.

Well, the store was certainly busy. A tad tight in its design but with a non-stop rush of diners and staff all working around each other, the vibe was hectic. Not intended as a place to relax but really, we were about to hype ourselves with sumo, so who needed to relax?

Ordering the 1000 yen Hisago Tendon, a basic set featuring tempura fried foods on a bowl of rice, we stuffed our faces, let out a belly sigh of thanks to the gods of yum-yum, and headed off to see the wrestlers. If the sumo surroundings motivate you enough, Hisago may very well tempt you with its massive Yokozuna Tendon set for 1890 yen. We nearly chose that one but I'm not sure our bellies could have handled it.

Take the JR Sobu Line to Ryogoku Station and Hisago is located directly in front of you, inside the Edo Noren complex. If you take the Oedo Subway Line to Ryogoku, it's about a 7-minute walk. 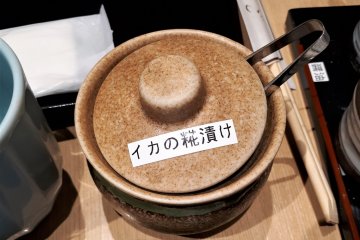 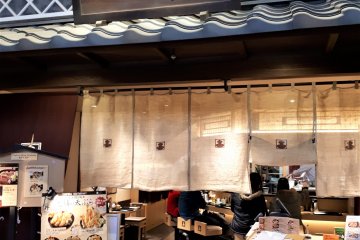 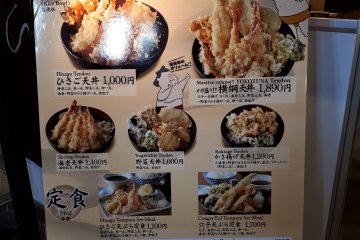