Dine with one of Tokyo’s leading chefs at L’Effervescence

An unassuming building in the residential streets of Minato is home to one of Japan’s most celebrated restaurants.

In 2010, chef Shinobu Namae opened L’Effervescence, tucked between the glamorous luxury brand flagships of Omotesando and the dizzying heights of Roppongi Hills. The decor of the restaurant is understated, leaving the focus on the food—all the better, since the multi-course degustation menus here are consistently superb.

Namae’s technique is unmistakably French, but his ingredients—such as amadai, a prized white fish, and iyokan, a Japanese citrus fruit—reflect a deep appreciation for the wildlife and produce of the region. Names of the courses range from the poetic to the whimsical; “just like the apple pie #27,” for example, is an appetizer of hamaguri clam, sea mustard, kumquat, and truffle.

The menu at L’Effervescence changes regularly to reflect the season’s produce, but a constant is the aptly-titled “a fixed point”: slow-cooked turnips served with Basque ham and a parsley oil emulsion.

The restaurant achieved international recognition almost immediately since its inception, gaining a coveted Michelin star in 2011 and acquiring a second in 2015. It has consistently ranked on S. Pellegrino’s list of Asia’s 50 Best Restaurants, debuting on the list in 2014 and most recently placing at number 12. CNN recently featured Chef Namae in a three-part video as part of its Culinary Journey series.

With his masterful blend of French technique and Japanese ingredients, Namae has become a sensation in the fine dining world—which makes it all the more surprising that Namae never attended culinary school.

A political scientist by training, Namae graduated from Keio University in 1996 before pivoting into a culinary career. After stints in the kitchens of some of the world’s most legendary chefs, including Michel Bras’ restaurants in Laguiole, France, and Hokkaido, Japan, and Heston Blumenthal’s The Fat Duck, Namae opened his first restaurant, L’Effervescence.

Namae draws inspiration from kaiseki, traditional Japanese haute cuisine. His attention to detail, ranging from the preparation of the dishes to the unpretentious but gracious service, reflects that aesthetic beautifully.

This is a dinner that true epicures cannot miss. 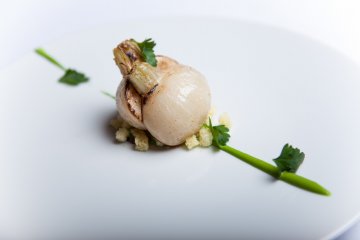 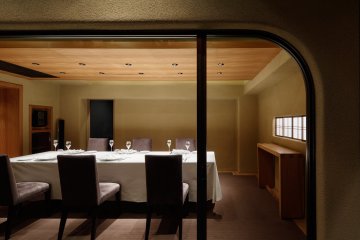 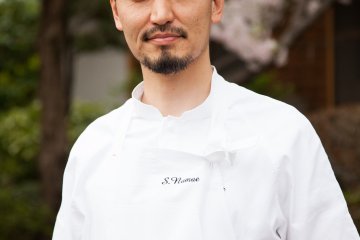 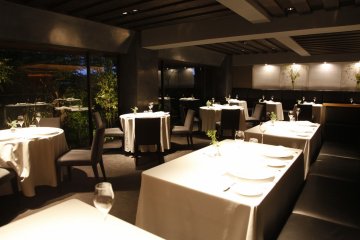