Honouring an explosion of life and art

"Art is an explosion!" exclaimed the late Okamoto Taro. Considered avant-garde by many, Okamoto himself resisted such labelling, refusing to be constrained by any ism. And it shows in his works.

Exploding with colour, lines and expression, Okamoto was inspired by Japan's prehistorical Jomon period when, according to Okamoto, humans threw themselves into life in order to survive.

Okamoto painted, sculptured and wrote. And everything he created clashed with common notions of what art was and what it represented. He considered harmony to be a clash that gave rise to life and refused to sell his works, giving them to public spaces all over Japan. A taste of that life can be found in the Taro Okamoto Memorial Museum in Aoyama, Tokyo.

The museum is a veritable jungle of greenery, its garden entryway filled with sculptures that you can actually touch and feel for yourself. In doing so, the vibe becomes markedly different from any other art museum in Tokyo - you are allowed to experience the art rather than staring at it from a proscribed distance.

Inside, you immediately get a sense of the free energetic spirit lying behind Okamoto's work. Rows and rows of his paintings lie unfinished, their places apparently unchanged from the moment of his passing in 1996. And rather than being a solemn memento of his life, they offer a strangely lively feeling.

For a taste of the living, visit the Taro Okamoto Memorial Museum. And if you ever get the chance to listen to him speak (just scour the internet for videos), do so. Even if you don't understand Japanese, you cannot but help be impressed by the vital energy erupting from out of him.

Art is an explosion? Better believe it.,.

Take the Ginza, Chiyoda or Hanzomon Subway Lines to Omotesando Station. The museum is about an 8-minute walk from Exit B3. 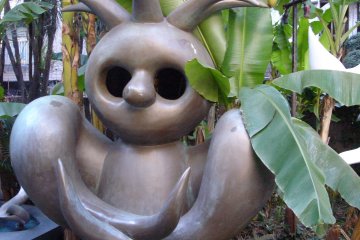 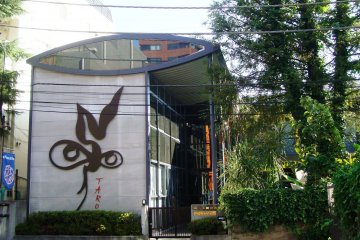 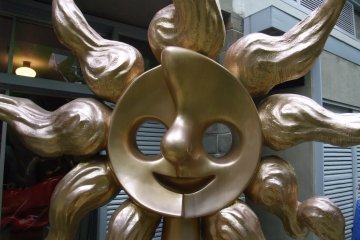