A welcome oasis in busy Tokyo

Tokyo is a space of fantastic contradictions. Unfathomable skyscrapers straddle ancient temple complexes. Young girls with pink hair and knee high boots sit on the metro side-by-side with wizened old men in smart shirts and fedoras. McDonalds sell Egg McMuffins as well as teriyaki chicken burgers. The range and density of contradictions make this city a delight to get lost in – you just never know what modern or ancient wonder you will have the pleasure of stumbling upon.

It was quite by chance, thus, that I had the pleasure of finding the Kyu-Yasuda Teien Gardens (meaning Former Yasuda Gardens) in the Ryogoku district. Its unassuming exterior and lack of fanfare betray nothing about the gorgeous green haven hidden within. But how glad I was to find it amidst the modern shops and busy streets! With its hushed paths, still pond and lush greenery, it is the stuff of one’s Oriental dreams.

Its existence dates back to 1691 when it belonged to a samurai resident of the area. In 1891, it became the property of Yasuda Zenjiro who granted it to the public in 1922. The great earthquake of 1923, however, destroyed it and it was only in 1927 that the beautiful garden was finally restored. With all this history, Kyu-Yasuda is worth a visit. It helps even more that it is so beautiful.

Whilst visiting, stroll over the quaint red bridges. Find your zen alongside the tranquil pond. Look out for one of its resident turtles. Breathe in the unusual quiet of an otherwise busy Tokyo day. If you are lucky, as I was, perhaps you will glimpse a young couple having their photo taken in traditional attire. Could it get more quintessentially Japanese than that?

In this great city, it pays to get lost, if not solely for the pleasure of discovering special spots such as this garden. If you find yourself visiting the nearby Edo Tokyo Museum, or the adjacent Sumo wrestling museum at the Ryogoku Kokugikan Sumo Stadium, why not stop by for a breather? In a metropolis as busy as Tokyo, sites of calm such as this garden are worth visiting. 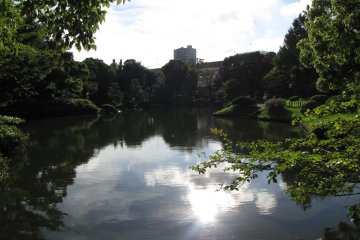 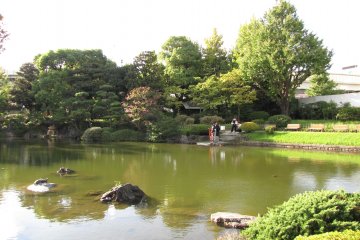 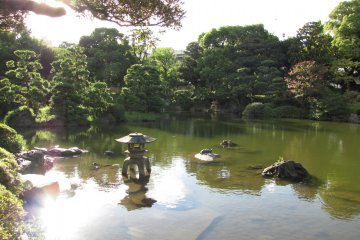 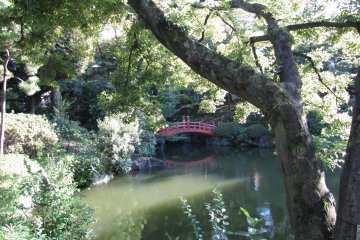 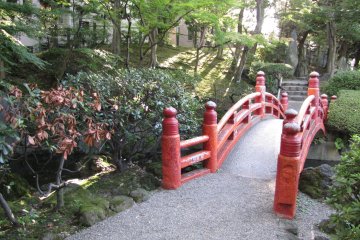 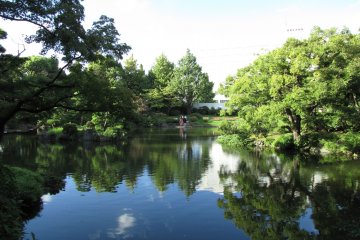