The cutting edge of a 1000 year tradition

Swords may no longer be the weapon of choice, but sword smiths and craftspeople who create the fittings continue to produce swords in the 1000-year-old tradition. The Japanese Sword Museum, established in the 1960s, preserves and exhibits Japanese swords and presents exhibitions of modern and antique blades and related cultural artifacts.

The Sword Museum opened at their new location in Sumida Ward, near Ryogoku Kokugikan, in January 2018. The modern building is situated on the grounds of the Kyuyasuda Garden, a well-preserved Edo Period strolling garden with views of Tokyo Skytree. A newly built wooden gate at the northwest corner of the garden admits visitors to the forecourt of The Sword Museum.

The museum has a long affiliation with the Nihon Bijutsu Token Hozon Kyokai (NBTHK), the preservation society for Japanese sword art. The NBTHK and the museum share the aims of educating the public about the culture of swords and support the work of modern swordsmiths and craftspeople who make the fittings for swords.

The opening exhibit, which continues until March 25th, 2018, presents modern prize-winning artistry from sword smiths from all over Japan. In the exhibit, visitors can appreciate various kinds of swords and short blades. The blades include katana, the typical curved sword, worn thrust into the belt with the blade up, commonly produced from the 16th century onwards. Tachi, a blade of the same size, which was the weapon of choice from the 11th to 16th centuries, hangs from the hip and the blade faces down. Smaller weapons still made by craftspeople include wakizashi, a type of short sword, and tanto, the short 30 cm weapon.

A few special items are included in the exhibits. Yari, spear blades with ornamental carvings, and historical examples of katana, are on display to provide a sense of the depth and breadth of the sword making art. Sword fittings include the decorative and functional tsuba sword guards, and tsuchigashira, which are the small fittings that bind around the hilt and on the pommel of the sword.

Whether you are a martial arts enthusiast, history buff or art hound, the Japanese Sword Museum is an interesting insight into the painstaking work of Japanese swordsmiths, and the great aesthetic sense of artisans who craft the intricate fittings that make the swords functional and beautiful. 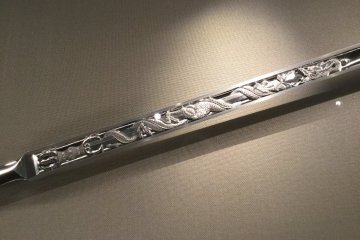 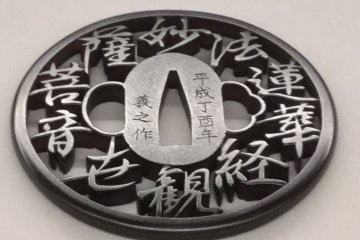 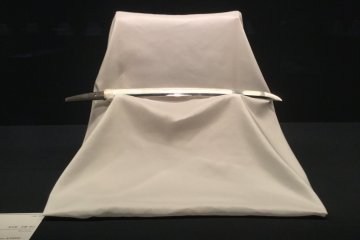 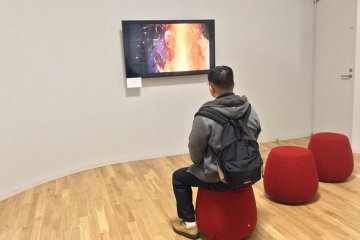 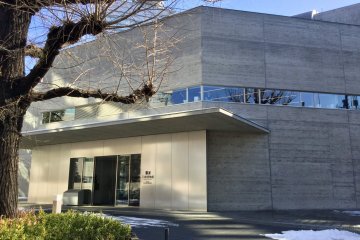