One of the expectations I had before I went to Japan was that once I got there, I would only eat Japanese food. Of course, when you are in Japan, you should try out as much of the local food as possible, especially if you are on a short-term visit. However, if you find yourself longing for western food, the options are plentiful and not at all hard to find. In particular, you will not have to search long for sweets, pastries or - in this case - waffles.

Recently, I spent a rainy afternoon in Shinjuku, and ended up at the west side of the station. Suddenly, I could smell the familiar scent of waffles and, as is typical for me, I could not resist looking for the source of this smell. It turned out that it was the waffles from Manneken, which got me on my toes. Initially I did not think much of it, and I thought I would try one or two waffles. However, when I saw the variety in the waffles that they sold, I knew I had to try out as many as possible.

They had an assortment ranging from waffles with cream cheese, to the regular but still delicious plain waffle. They also had other sorts of waffles looking like sandwiches with many flavors of cream inside, which I did not try, but which looked equally as delicious. The thing that surprised me the most, though it probably should not have, was that they had a matcha (green tea) waffle. No matter what restaurant or café I have visited in Tokyo until now, there has usually been something on the menu involving matcha. This time was no different.

With all these choices available, the store offers different box sets of all the varieties of waffles. Since the box sets are already set to contain specific waffles, I was pleasantly surprised that I was able to change one of the waffles in the box, when I asked them for it. One thing to take note of though is that because it is a quite small shop, it has no seating options and is thus only for take-away. The box you get if you buy is a set is handy though, and has its own charm.

While the waffles were not perfect, they hit the spot on that rainy afternoon. Furthermore, getting to try so many different tastes with waffles was a nice experience. On that note, I can conclude that even matcha does indeed go well with waffles. 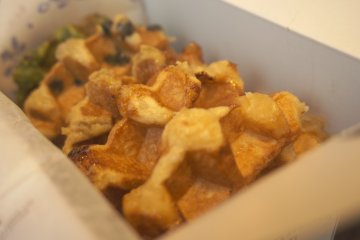 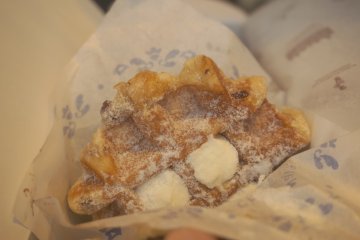 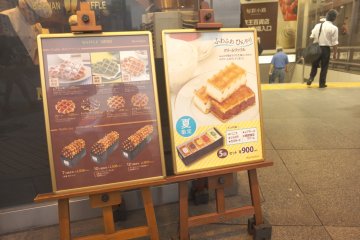 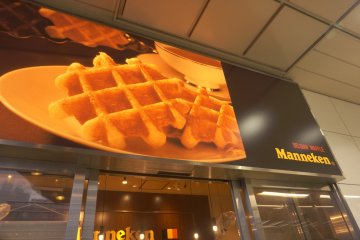 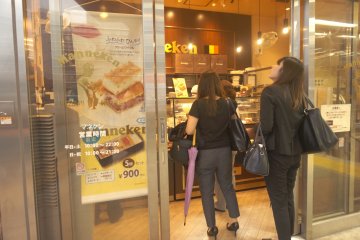 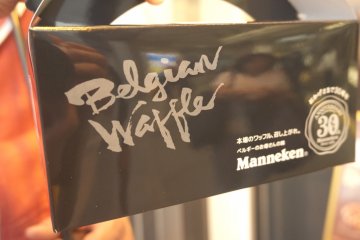