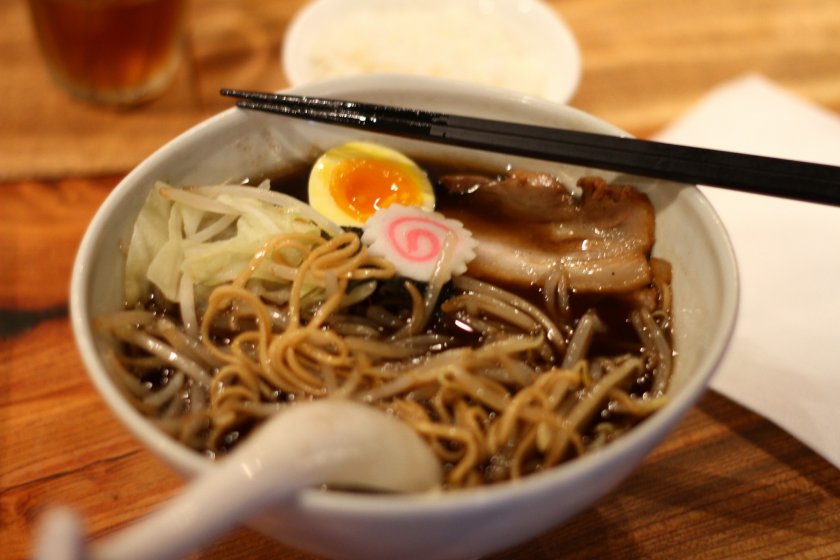 Where burnt noodles are delicious

A steaming bowl of Kogashii Ramen coming right up!

Tucked away in Seijyoki Road, a block away from the New National Arts Museum is Gogyo Ramen. A brother ramen shop to Ippudo, another Ramen shop known for having international outlets, Gogyo is considerably more humble and conservative in its scale. Which is what makes Gogyo Ramen a hidden gem in the city of Tokyo.

A little background information, in all of Japan, there are only two Gogyo outlets, one in Tokyo and another in Kyoto. If you are one for foodie bragging rights, then this is a joint that cannot be missed. Of course obscured ramen shops and other food stalls exist in nearly every turn and alley of Tokyo, so what makes Gogyo so special?

If you would kindly turn your attention to the photo where a blazing flame can be seen, the thing that is being scorched into high blazes (no pun intended) by that fire is your ramen. Now before you make a grab for the fire extinguisher, rest assured you will not be served blackened and charred noodles. 'Kogashii men' burnt noodles are really more similar to the caramelized sugar that sits on top of crème brûlées than charred bits of meat found on the grill.

Quickly torched by the huge flames that flare up in the kitchen every time an order is made, these noodles arrive to you deceptively normal, devoid of any signs of browning and charring, that is until you take a bit into it. The noodles have a distinctive toasted nutty taste to it that compliments the soy sauce soup base perfectly, giving the salty broth a depth that is unachievable through regular means. For all you ramen experts out there, the soup used in Gogyo is not the rich tonkotsu (pork bone based) stock that is commonly found in most ramen shops but a generally clear broth based on your sauce of choice (You can choose from Shio-salt, Shoyu-soy sauce and Miso). What this means is that unlike tonkotsu ramen, instead of the richness slowly wearing down your taste buds and making finishing the bowl of ramen seem more daunting as the meal progresses, the light broth and the deep flavours of the noodles instead make every bite more enjoyable and addictive until you realized that you've just finished a bowl of ramen without realizing it.

Of course, flavors aside, for the savvy traveler, price is always a concern. You would be glad to know that this delicious bowl of soupy goodness will only damage your wallet by a minimum of ¥800. You have the option of adding values sets to the meal, such as gyouza (fried dumplings) and rice at an additional ¥150. Upsizing, or as they call it in Japan, 'Oomori' can be ordered at no additional cost. You are also treated to free flowing Genmaicha (Green tea combined with roasted brown rice) to wash down your delicious meal.

Unfortunately the menu does not come in English, however the menu is largely pictorial and you can hardly go wrong with the pick and point approach. Getting there is surprisingly not a huge challenge as it is near both Roppongi Station and Nogizaka Station. Detailed access inform the shop's website, although if all else fails, there is always Google Maps. 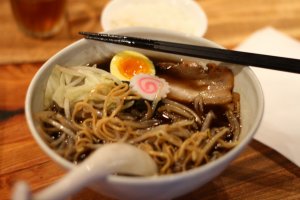 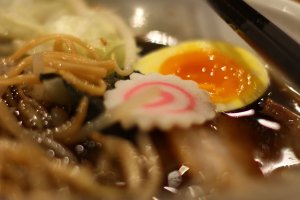 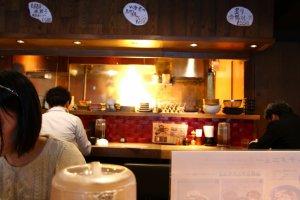 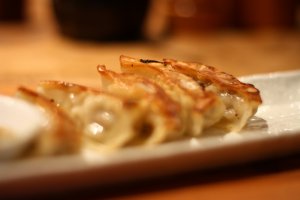 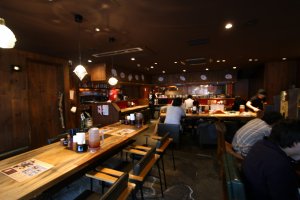 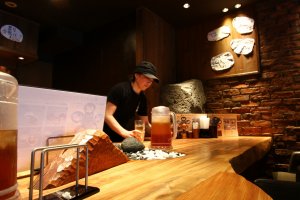