Get your burrito or taco fix here at GYG

It’s a little strange to think about eating Mexican food while you’re in Japan but if you happen to find yourself in Harajuku and you get a sudden craving for a burrito or a taco, I’ve got just the place for you.

Welcome to Guzman y Gomez, a premium but casual Mexican restaurant that was originally founded in Australia. Also known as GYG, this place serves up authentic Mexican flavours that are made from the highest quality ingredients.

As we were after all in Harajuku, the staff were young, hip, and some of them spoke fluent English. It resembles a fast food restaurant, which means that the menu is straightforward and they take your order at the cashier where you pay on the spot.

Since it was our first time, we didn’t want to go too far off from the norm so we had a classic burrito and taco combination. I chose the grilled chicken filling for my burrito, which comes with rice, Jack cheese, vegetarian black beans and salsa, all rolled in a soft flour tortilla. As for the tacos, we had two hard tacos (you can opt for soft tacos as well) where one was filled with pulled pork chipotle and the other with sautéed vegetables plus guacamole. All tacos come with salsa, lime and Jack cheese.

It only took a little while for our food to arrive and it arrived looking really good and tasted just as good as it looked. The flour tortilla used to wrap the burrito was soft and warm, there was a generous amount of chicken chunks in the filling, and the filling as a whole was moist and delicious – the ultimate comfort food. Both filling options for our hard tacos were yummy too. The pulled pork was spicy and flavorful and the sautéed vegetables were tasty and refreshing. The crispiness of the hard tacos really gave it a good contrast in texture and the Jack cheese was really fragrant. Oh, the guacamole was really creamy too!

After we finished, we went for the finale – churro with Mexican spicy chocolate sauce, which is apparently a Japan limited item on the menu. The churro was hot and felt like it was fresh out of the oven. The outside was crispy and completely covered in cinnamon sugar and the inside was soft and moist, just like how a perfect churro should be. The Mexican spicy chocolate sauce was cool and chocolaty, but neither of us tasted the spiciness.

Other than burritos and tacos they also have quesadillas, nachos, burrito bowls, salads, enchiladas and fajitas – all you could ever need to have a satisfying Mexican pig out. This place doesn’t go easy on the drinks either. Here they have frozen smoothies, Mexican imported beers, tequilas and even frozen margaritas. I see these coming in handy during the summer.

GYG fans should note they will be offering a new collaboration menu from the second half of 2018, combining Mexican and Japanese flavours. It kick starts with the Ume-Shiso Chicken Burrito—with plum sauce, genmai rice and soy sauce-marinated lotus root—developed in partnership with famous Japanese restaurant Sanpi-Ryoron's Chef Masahiro Kasahara and available between July 20th and September 30th 2018. An exciting series of more Mexican-Japanese combinations can be expected to follow! 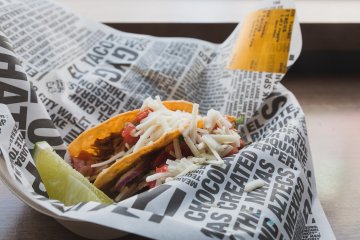 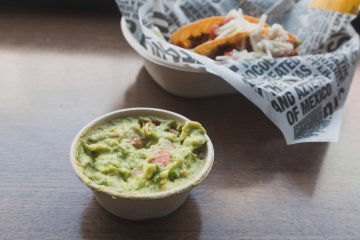 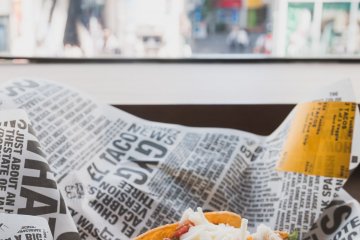 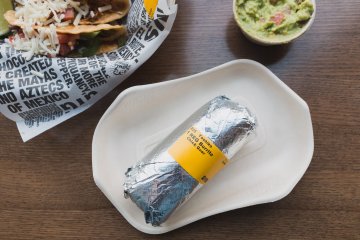 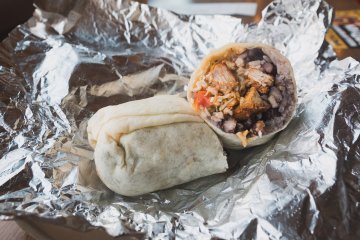 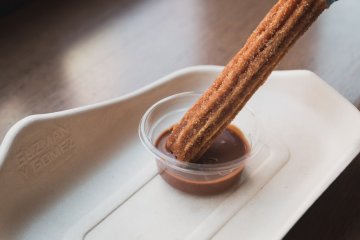 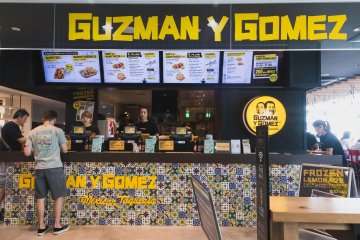 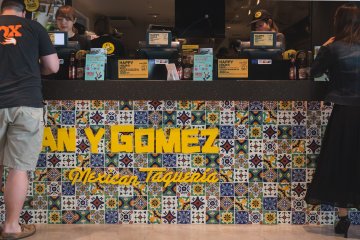 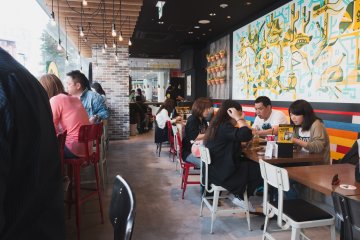 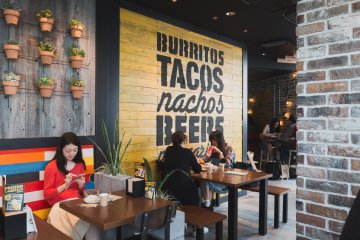 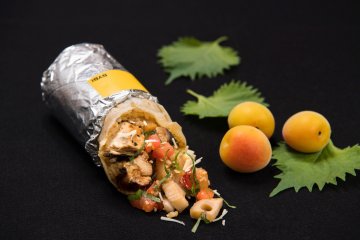