Visit "Kyle's Good Finds" for a real taste of home

I love living in Japan, especially with so many varieties of good healthy food. But like other expats, every so often I long for some of the delicious eats from back home.

Although Japan has many cakes and pies to choose from, there are a few of the things I really miss from the states such as carrot cake, corn bread, American cheese cake, chocolate chip cookies, and a few other sweet baked goods.

Recently I was browsing the Japan Times online and I ran across an article about a man named Kyle Sexton who has a bakeshop in Nakano, Tokyo. Two days later I traveled via three different train lines to his location.

When I walked in, there were two Americans, one from New York and one from Virginia, waiting to get their dose of Carrot Cake. While we waited for him to bring out a fresh cake, he gave each of us a free brownie. Wow, was it good, so good that I did not eat lunch. The two customers purchased a box of slices and one each to eat on the way. I knew then I was in for a treat. After the guys left I talked with Kyle at length. He came to Japan 31 years ago. Originally from York, Pa., he was in New York City pursuing a photography career when he walked into a sushi restaurant and as they say the rest is history.

Kyle immediately fell in love with everything Japanese. He taught himself the language, history, and customs. Determined to make Japan his permanent home, he landed in Tokyo with $300 and a dream.

Upon obtaining an apartment he began to bake American style goods, selling them outside his home. Now, the interesting part of his story is that Kyle had no formal baker training. He used recipes he found in books, and soon he became a natural at providing tasty American cakes and pies. His menu also includes “Soul Food”, from cornbread to barbeque ribs made with his own special sauce.

Three Japanese friends became interested in his baking and provided funding for him to open his bakeshop located in Nakano, a part of Tokyo. Kyle still maintains the same location after 22 years. You can order from his web page and he will ship anywhere in Japan. You can make a special request for baked items not shown on his page. When Thanksgiving rolls around, Kyle prepares a turkey dinner bento, that includes dressing, cranberry sauce, gravy and the turkey main course.

I purchased some slices of carrot cake and cheesecake. Anxious to taste his baking as soon as I arrived home, I dug into a slice of cheesecake. It was excellent and now I have a place to go to when I long for a little taste of home.

When visiting Japan, if you find yourself in the Nakano area, stop by and try something from his showcase. I guarantee you will not be disappointed. He is open Monday thru Saturday from 10am to 6pm, and 12pm to 4pm on holidays.

He has a saying on his page “a meal from the heart.” HIs passion is to present you with an American flavored goody that will have you coming back again and again.

By the way for you Manga lovers, Nakano has a large shopping area called Nakano Broadway that is not far from the station. 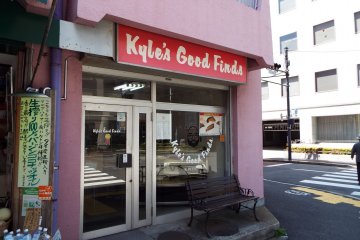 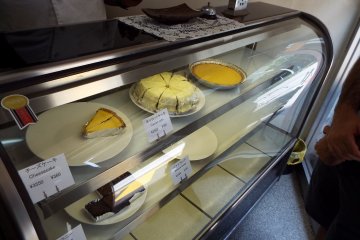 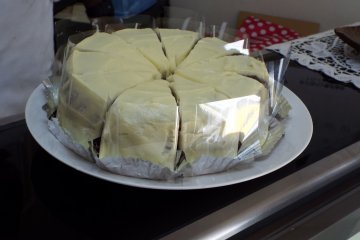 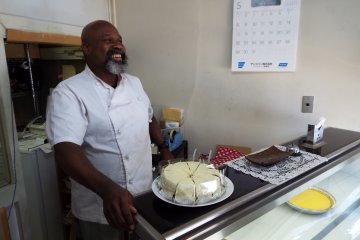