A temple of healing and protection

In the Kamakura era, sometime in the 13th or 14th century, a monk visited the village of Arai after travelling from what is now Kanagawa Prefecture. Arriving at the village, the monk noticed the quality of the spring water that had sprung up in the area and thinking that the village would be a good place to worship in the Shingon Esoteric Buddhist way, he built a thatched hut.

A few centuries later, in the early Edo period with the hut almost gone and abandoned, a legend states that a plum tree began glittering each evening in the garden of the hut and that a sacred image was found in the tree. So began the origin story of the temple now known as Baishoin Temple.

Araiyakushi Baishoin is the full name of this Buddhist temple nestled in the quiet backstreets of residential Nakano. Courtesy of the 'Buddha of Healing' who appeared here and mysteriously cured a child afflicted with an eye ailment as well as offering advice on children's health, the temple is now believed to cure eye illnesses and help raise children.

The temple features a statue of the seated Buddha of Healing surrounded by the Twelve Divine Generals. The detail, colour and design of the Buddha's generals is most impressive. The statue and the generals are the focal point of all worship here. Along with the statues is a bell tower, a two-storied pagoda, and a lotus-shaped fountain, as well as a nice collection of sakura cherry blossom trees. The temple also holds numerous celebrations throughout the year including bean throwing ceremonies, flower festivals and a Goma Fire Ritual several times each month. There is also a flea market on the first Sunday of each month.

Another local temple full of history, tradition and culture, Baishoin Temple is well worth a visit.

Take the Seibu Shinjuku Line to Araiyakushi-mae Station for a 5-minute walk. 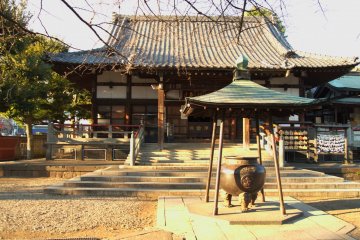 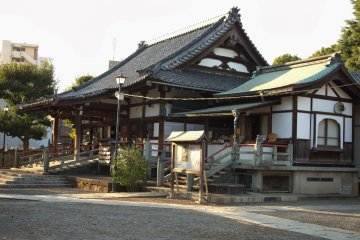 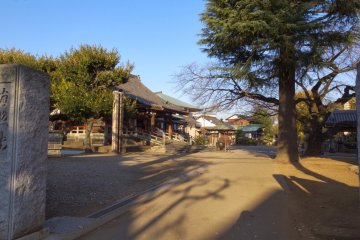