A modern public space with an urban twist

An example of Tokyo's made-to-order public spaces, Nakano Central Park is a multi-purpose area surrounded by restaurants, shops and offices. Established in 2012, the park is part of a trend in recent years to open up Japan's corporate culture to the benefits that open space and direct public engagement brings.

The park is made up of two areas, one is the commercial district with its shops, restaurants and office spaces while the second area is the outdoor green space and decking. Visitors will often find various community-style events occurring outdoors as the local businesses make good use of the public traffic.

Some of the events include the popular Mottainai flea markets held towards the end of each month, the Nakano Marche street shopping promotions held on the second and fourth Wednesdays of each month, as well as seasonal shows and festivals like the Bon Odori Festival.

The green space is basic but open. This part of Nakano Central Park is called Shiki no Mori Koen - Forest of the Four Seasons Park - and turns out to be a pleasant spot to relax and enjoy a picnic or even as a backdrop to some casual el fresco outdoor dining at the park's restaurants or street food stalls when up and running. During the summer months, the park takes the heat out of the humidity with its fountain and water sprinklers. The children, of course, love this and it is not uncommon for families to set up small shading tents to relax and while away the time.

With its modern urban leanings, the open green space of Nakano Central Park make for a pleasant place to relax and unwind when visiting the area.

Take the Tozai, JR Chuo or JR Sobu Lines to Nakano Station. The park is a 5-minute walk from the North Exit. 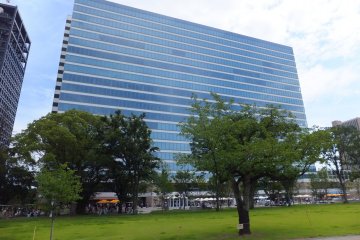 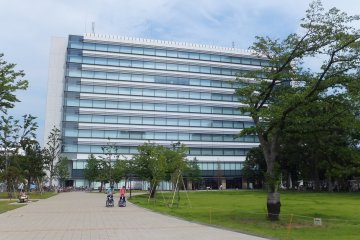 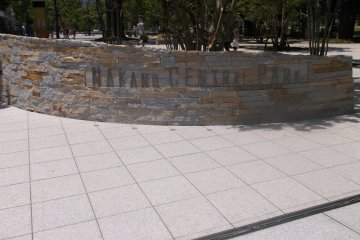