Nakano is a cornucopia of anime merchandise and manga. If you’re an anime fan, you should definitely try and see it during your visit to Japan.

Nakano Broadway is a shopping centre opposite the North exit of Nakano train station, inside which are clothes shops, electronics stores, restaurants and, on the 3rd and 4th floors, some of the best anime shops in Japan. You may have heard of Mandarake, an enormous manga and merchandise store, which can also be found in Shibuya - but you may not have heard of Taco Ché.

Taco Ché is a manga shop, but it doesn’t sell your average, mainstream stuff - it specializes in alternative, independent graphic novels. Found in the back corner of the third floor of Nakano Broadway, Taco Ché isn’t easy to find, but is well worth the visit: it’s quieter than the other, larger manga stores in Tokyo, despite being famous within circles of manga enthusiasts. The majority of the stock is in Japanese, but there are also some books in English, as well as some without any words at all.

From what I’ve flicked through, the art is all stunning, and there’s enormous range. While with mainstream manga you might find some big stylistic differences, you still have the basic, comic book layout of one box after another; however, with these indie comics, the artists can literally think outside of the box and take the reader on a surreal, unpredictable journey through their imaginations.

Don’t get me wrong - I love popular manga. Naruto was my favourite for many years (and I was therefore teased by many who had more ‘refined’ tastes!) and I now adore Attack on Titan, which can be seen on advertisements everywhere. But there’s also something very special about reading an independent comic. Unbound by societal expectations and untouched by popular manga editors, these stories feel somehow more genuine, more intimate, more like you’ve been offered an insight to the author’s mind.

It can be overwhelming, wandering through an indie shop like this; sometimes it’s hard to connect with ‘alternative’ comics, especially when most of them are written in a foreign language. But I’ve found, over time, that it doesn’t necessarily matter what the comics say, or even what they’re even about - sometimes you might just pick one out at random and be struck by the beauty in the art, and for me, that’s enough of a connection. A deeper understanding isn’t always necessary with these sorts of manga, just an appreciation of the art.

At least, I hope that’s the case, because I can’t make any sense out of such surreal manga!

Most of the books here can be enjoyed here by people of any age - however, be aware that there’s some rather frightening, nightmarish art about (although also stunning and fascinating to look at), and some explicit manga too.

Taco Ché is not your average manga store. Flicking through the graphic novels here is often less like reading a story and more like diving into a gorgeous, psychedelic dream. So, if you’d like to take the anime-road less taken, Taco Ché is a must-see. 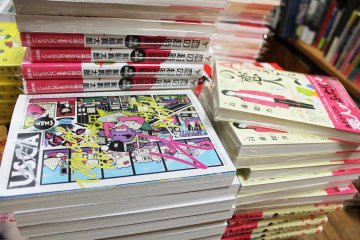 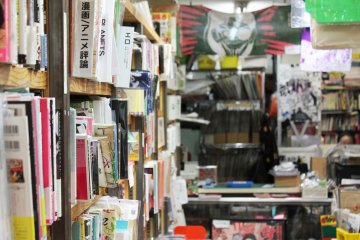 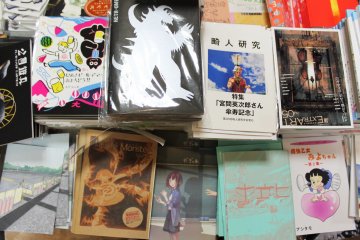 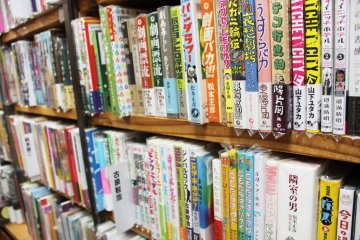