Geisha's are one of the curiosities of Japan that a lot of tourists want to see but it is often very expensive to see them or hard to find them on the streets of Gion in Kyoto. Luckily the Asakusa Geisha offer the opportunity to see them perform for free at the Asakusa Culture Tourist Information Center in Tokyo on certain Saturdays throughout the year.

The Asakusa Geisha can often be seen at many events around the Asakusa area throughout the year, but not many other events offer you the opportunity to see them in such an intimate setting with only just over 100 other people and no cost involved. The performance goes for around 30 mins and includes a variety of activities.

First the three Geisha that are present perform four different dances that are about the Asakusa area including a song about viewing the cherry blossoms. The Geisha are very beautiful and graceful to watch even without understanding what the songs they are dancing to are about.

The next act is from the male Geisha who was not only charming but hilarious to watch as he performed different mime acts including one where his umbrella had a life of it's own. I didn't even know there were male Geisha until I saw this man perform.

The end portion is fun games with the Geisha. The first game is 'Rock, Paper, Scissors' against one of the Geisha that all of the overseas visitors can participate in and the winner gets a towel. The second game was for some lucky people who got their seat numbers drawn out of a hat and they got to race each other at spinning string back on to a stick the fastest. And then a few more lucky people got to have photos with the Geisha which was a great opportunity.

The current schedule for performances in 2016 are for June 11th, 18th & 25th and July 2nd and 16th. There are two performances a day from 13.00-13.30 and 14.30-15.00 with tickets available from 10 am at the Asakusa Culture Tourist Information Center on a first-come, first-served basis. There are 75 seated tickets and 30 standing tickets available for each performance and I would recommend getting there before 10am for a chance to be in the front row. Whilst you are waiting for the performances to start you can go and explore the Asakusa area or enjoy a rickshaw ride. 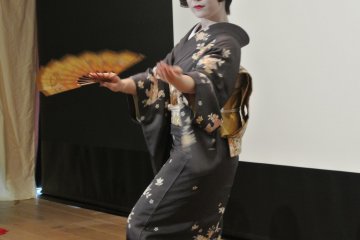 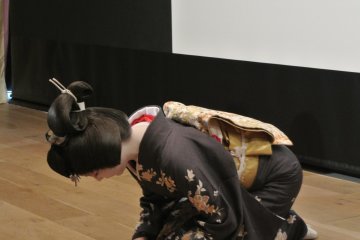 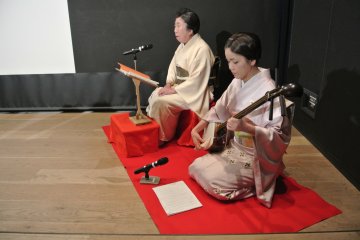 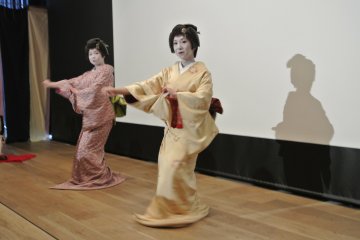 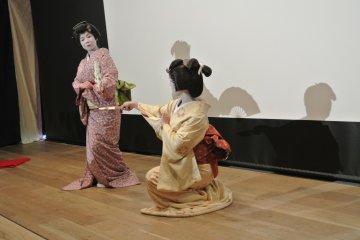 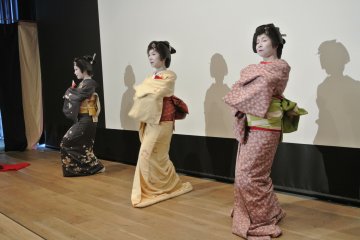 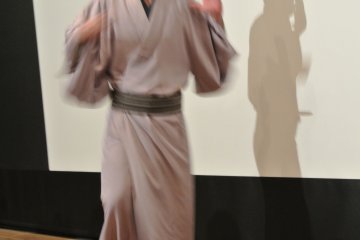 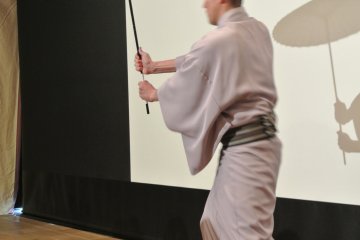