Mifune, the man, is legendary in Japan and appeared in over 180 films in his illustrious career.  As the right hand man of the equally legendary director Kurosawa Akira (1910-1998), Mifune starred in movies such as Seven Samurai, Yojimbo and Rashomon. Western audiences may also recognize him in his role in the James Clavell novel turned movie, Shogun.

Although Japan is famous for themed restaurants and cafes, Ryouri-ya Mifune keeps the concept simple. Instead of movie posters or flashy props, there is a minimal concept throughout the restaurant of the inside of a martial arts dojo. The staff complement the look dressed in traditional apparel including kimono and jimbei. The interior appears similar to a traditional ryokan or samurai hall dimly lit and decorated with various artworks and decorations that would have appeared at home in many of Mifune's films. The one exception is the bathroom where you can find photos of the actor in his most famous roles. There are private rooms and large areas for groups. Soft cushions for seating and leg wells below the tables make for a comfortable experience.

The menu prides itself on taking both traditional Japanese dishes and personal favorites of Toshiro Mifune himself. Specializing in fresh ingredients including sushi, sashimi, meats and vegetables from around Japan there is quite a large assortment to choose from. The sashimi and sushi sets were impressive in appearance and taste with the sushi rolls (pictured above) being especially vibrant. Meats are selected by the chef so may vary each time. During my visit there high quality Japanese wagyu beef from Kobe, Saga, and Sendai prefectures. The food is helpfully prepared with notes in English about the name of the sashimi or type of beef you are eating so you can easily compare and contrast the flavors. The sukiyaki is also quite tasty and served with raw egg for dipping if you choose. There are many drinks and cocktails to choose from but I found the wide variety of sake types to be the best.

There is are English menu options and some staff speak basic or conversational English. Prices average around 6,000 JPY per person which seems just about right for the traditional atmosphere and high food quality.

COO and avid traveler for Japan Travel. Originally from Texas, moved to Japan ten years ago.  Feel free to contact me at geoff.day@japantravel.com. 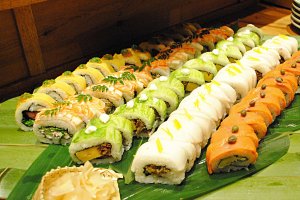 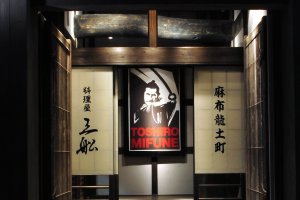 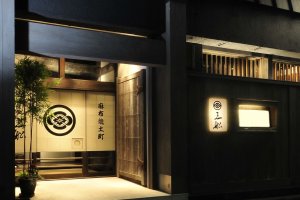 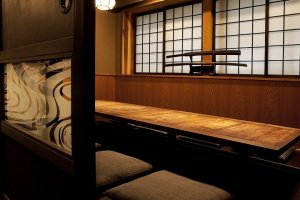 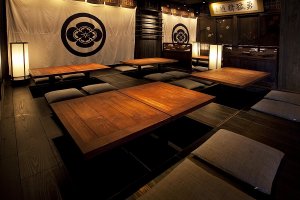 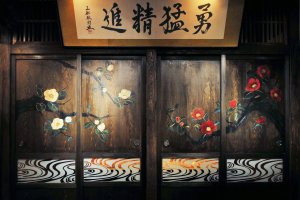