One of the Guardian Temples of Edo

Shiba Zojo-ji (増上寺) is located in the center of Tokyo, next to the Tokyo Tower, and only 500 meters distance from cool, exciting Roppongi. But this temple is quite authentic and dignified. It is surrounded by plenty of fresh greenery and has an interesting history strongly connected with the establishment of Tokyo (Edo).

After passing through the big red gate called San-gedatsu-mon, your view opens out widely in front of the main hall, Daiden, which is where they hold ceremonies and rituals. Before going up into Daiden, take a look at the large, beautiful cedar tree on the right just after entering the gate. It was planted by 18th US President, General Grant in 1870 as a memorial of his visit to Zojo-ji.

And if you visit the temple on the weekend, you might enjoy a monkey show on the grounds, fairly close to Grant’s tree. It is almost like a street performance.

If they are not holding any ceremonies or rituals in Daiden, you can enter the hall and spend a quiet time freely. Behind Daiden, there is a wall that surrounds a cemetery. We can’t go into the cemetery except on special days, but we can still peek into it from the right side over the wall. To the right of the cemetery, you will find many small statues wearing red knit caps or aprons. As you might know, they are jizos; people pray to them for their children’s happiness.

Zojo-ji used to encompass a huge tract of land during the Edo era (1603 -1867). It included not only today’s grounds but also Shiba-koen Park, the Tokyo Prince Hotel, the Minato Library, the Minato Ward Office, and so on. And a few local subway station names such as Dai-mon and Shiba-koen were derived from Zojo-ji. So you can imagine how big the temple was. The buildings of Zojo-ji today are relatively new, but the origin of the temple dates back to the 14th century.

Zojo-ji was founded in 1393 and as the center of the Jodo sect of Buddhism in east Japan, sought to spread its teachings. After Tokugawa Ieyasu established the shogunate in Edo, Zojo-ji prospered as one of two family temples of Tokugawa. It was also the top school for Buddhism—there were always more than 3000 monks living and studying at the temple. Six Shoguns in total are buried here. Sad to say, all the graves were destroyed during WWII bombings, but were then reconstructed during the Showa Era that followed.

When Japan opened its doors to the rest of the world, the Meiji government offered Zojo-ji as a place for British people to stay. Some temple buildings were used as a residence for foreign advisors hired by the government. A great British traveler, Isabella Bird, wrote about an afternoon tea at Zojo-ji. She mentions a service of the Church of England—meaning that the temple instantly became a chapel for their worship at that time!

A secret of Edo

When Ieyasu decided to set up the Tokugawa Shogunate in Edo, he asked priest Tenkai to research the geographical, religious, and energy level situation of the land—much in the same way he would later do in Nikko. Tenkai eventually came to the conclusion that Ieyasu should use some religious pivots. Following Tenkai’s advice, Edo Castle was built. Zojo-ji and Hie-jinja were to the southwest to the castle, and Ueno Kanei-ji, Kanda Myojin and Asakusa Senso-ji were to the northeast of the castle. These religious pivots were designed to work as guardians of Edo against evil spirits. The Tokugawa Shogunate went on to keep its power and prosperity for more than 250 years—perhaps as a direct result of these pivot settings. It is also interesting that Tenkai included a message in his will stating thatthe Shogun’s chair should never been given to anyone in the Mito Family from northeast of Edo—otherwise unwelcome results would come. Whether it was true or not, the last Shogun, Yoshinobu, was from the Mito Family.

Our modern life is somehow influenced by the broadcast media. Interestingly, the Tokyo Tower was built right next to Zojo-ji Temple and the new tower, the Tokyo Sky Tree was built very close to Asakusa Senso-ji Temple. Our city life might be protected or controlled by these two communications towers, instead of the temples of old!

It’s enjoyable just walking around old, historical places, but it’s even more fascinating strolling around, thinking about their secrets.

Find out more about Zojoji Temple. 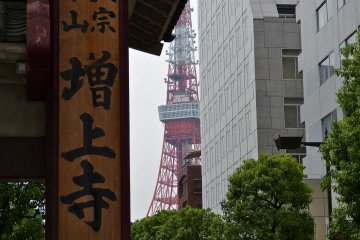 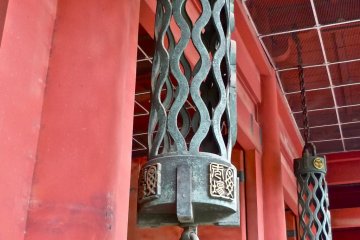 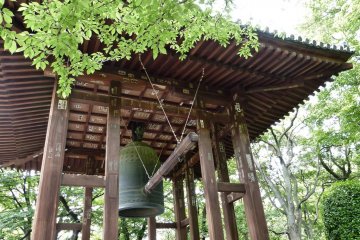 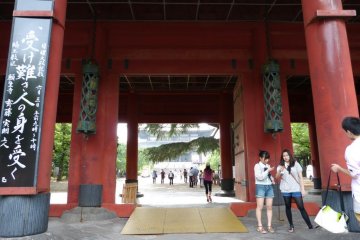 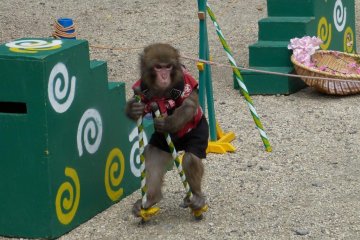 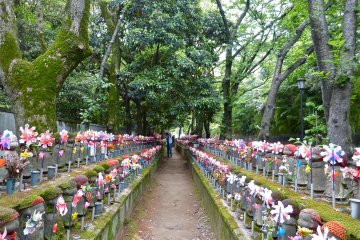 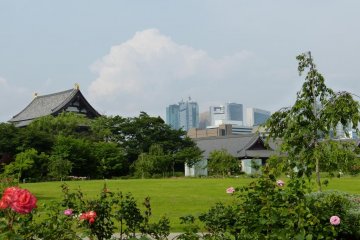 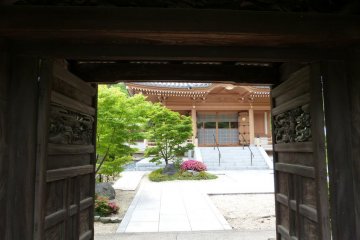 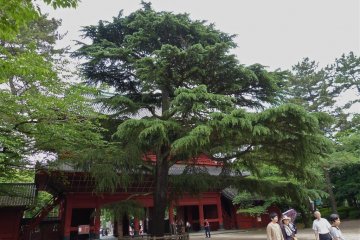 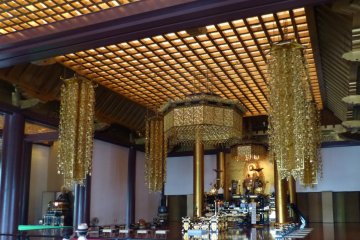 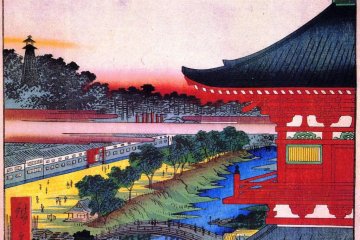