Japan has a rich history in the performing arts field, and traditional theater styles like Kabuki, Noh, and Bunraku have even been added to UNESCO's Intangible Cultural Heritage list. One place to connect with these forms of theater and other genres of performing arts is at Shinbashi Enbujo, which has been in operation since 1925.

Shinbashi Enbujo is situated about five minutes on foot from Kabuki-za, which is regarded as Tokyo's premier kabuki theater. Whilst Kabuki-za is seen as an upholder of tradition, Shinbashi Enbujo has more flexibility in showcasing modern performing arts such as the super kabuki genre. Super kabuki really is a fusion of old and new — it involves things like projection mapping, LED lighting, and modern music combined with traditional kabuki movements.

One example of super kabuki which premiered at Shinbashi Enbujo in 2015 was Super Kabuki II: One Piece (スーパー歌舞伎II ワンピース), and it performed exceptionally well, drawing in approximately 100,000 audience members in its initial two month run. The 1424-seat venue has also been home to musicals and Shakespeare plays throughout its history.

A listing of what's on at Shinbashi Enbujo can be found on their official website here, and reservations for shows can also be made via the same link.

For those who opt to drive to the venue, paid parking is available at the Times Togeki Building Parking Lot about 300 meters away. Parking is charged at 330 yen per 30 minute increment, but visitors to the theater can receive an hour free — bring your parking ticket to the reception area on the 1st floor to have it validated. 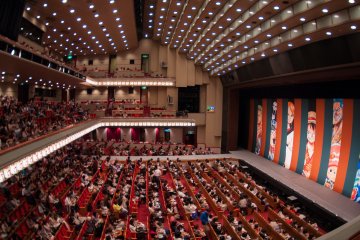 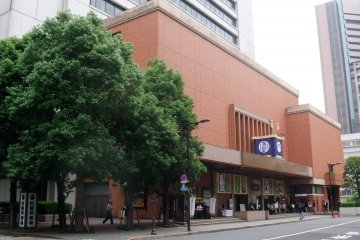 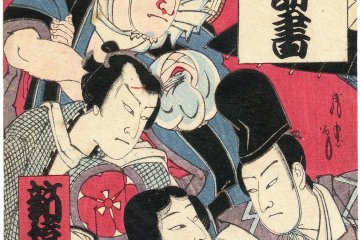