What will bite, when you wander at night?

A hot, sticky breath on the back of your neck as you walk down a quiet street during the witching hours. Stilted steps that creep up behind you, but when you turn around there is no one to be seen. A shiver of cold sweat racing down your spine and up your arms, leaving only goosebumps in their wake.

Fear elicits a shocking thrill and for seekers of the other side, Japan can be an alluring playground of poltergeists. Especially in summer with a test of courage (kimodameshi) being a popular way to cool down by creeping yourself out.

There are some horrifically hair-raising hotspots for all manner of the creepy in Tokyo. Why not pick out the perfect moonless night and find some ghosts and ghouls on your own?

Toyama Park and the Disembodied Screams

We start our supernatural list with a place with a gruesome and truly haunted history. With the skeletal remains of more than 100 people unearthed in Toyama Park, the place certainly has the facts to back up the story. So what is the story? Before the end of WWII, Toyama Park was the dumping site for Unit 731—a biological weapons development division that was elbow-deep in lethal human experimentation. Responsible for hair-raising war crimes not for the faint of heart, a Unit 731 nurse revealed in 2006 that she had helped bury bodies and...other parts on the site.

Today, people have reported violent sobs heard from atop Hakoneyama in the eastern section of the park; and even sightings of Japanese will-o’-the-wisps (hitodama). A trek up the Hakoneyama hill’s stairs just past midnight makes for the perfect chance to find a lamenting specter.

Access: A 20-minute walk north of Shinjuku Station. Head for the eastern section of the park for maximum heebie-jeebies.

The Lonely Souls of Sunshine 60

What’s so scary about a skyscraper called Sunshine 60, you may ask? Well, for starters, the building covers the location of the once-infamous Sugamo Prison and its execution grounds. The prison was dismantled in 1971 Sunshine 60 finished in 1978—after a series of delays and “accidents”. Since then, there have been countless sightings of fireballs after dusk and the aforementioned hitodama, which are said to be a person’s soul after it leaves the body.

Are the executed coming back to exact their vengeance? Or do they just wish for one final chance to plead their case to the living? Either way, the area has some history to it. Although the only reminder of the prison now is an engraved stone praying for “eternal peace”. If you can’t find any spirits, you can at least enjoy Sunshine 60’s observation deck.

Access: Exit 35 from Ikebukuro Station. Look for signs to Sunshine City, but beware, you may have to battle past hordes of the living to get there.

Want to stay somewhere in Tokyo that’s convenient, affordable, and haunted? Look no further than Akasaka Weekly Mansion (now Hotel Mystays Premier Akasaka). Famous as one of Japan’s most haunted buildings, the spirits at this stay location have a history of being aggressively hands-on toward guests. And it’s no wonder, with an unsavory history of kidnappings, captive prisoners, suicide, and murder the house was demolished and turned into a weekly hotel, which has since been turned into an overnight hotel.

What can you expect when you check in? There have been dozens of reports of figures standing over guests as they sleep; lights turning off without warning; temperature drops; even reports of hair being petted or brushed while one person slept. Perhaps the scariest of all was a woman who was dragged across the room by her hair and woke up the next morning, her body covered in marks. Will you make it until check-out time?

Classic Japanese horror fans will love this one! Sightings of a stringy-haired woman in this tunnel have been a long-time wonder. Sendagaya Tunnel was hastily constructed and passes under a cemetery. The tunnel was finished just in time for the 1964 Tokyo Olympics and since then has become a hotspot for hauntings.

For the real thrill, why not use the pedestrian walkway and go for a stroll during the witching hours. Reports range from being followed by a long-haired, bloodstained woman to temperature drops inside the tunnel to “things” falling on top of cars and creating a loud sound but no damage. Where will this ghostly tunnel lead you?

Access: A 15-minute walk from Sendagaya Station will land you at the mouth of this tunnel to the other side.

Shakujii Park and the Legend of Princess Teruhime

Lovely by daylight, Shakujii Park turns sinister at night. In 1477, the leader of the Toshima clan committed suicide here rather than admit defeat to an invading force. Soon after, his grief-stricken daughter, Teruhime, drowned herself in the lake. The invading force was so struck by this tragedy of her lost beauty and youth that they made a burial mound for her called Himetsuka.

The legend has spawned some serious spookiness over the centuries. Lovers who meet by the lake are doomed to drown in Teruhime’s footsteps. And at night, there have been reports of sightings of a woman’s face under the surface of the water. Head to the waters or up to the Himetsuka mound and ancient pine tree to try to meet the princess herself, if you dare.

Access: A creepy 15-minute walk from Shakujii-Koen Station through the park to reach the Himetsuka mound.

If local legends aren’t quite enough to sate your appetite for the supernatural, it’s time to visit Ireido in Yokoami Park. It has a tragic past full of woe; after the Great Kanto Earthquake, refugees flocked here, only to be burned alive when the fires followed their tracks. If that weren’t enough, the park later served as a makeshift crematory for more than 35,000 corpses.

The Ireido itself is a cavernous Buddhist-style memorial hall constructed in 1931. This “hall of repose” was used to placate the souls of the firebombing victims of WWII. Beware the graphic photos and melted objects on display are not for the faint of heart but serve to remind us of life’s fragility. Passerbys have heard countless uncanny sounds and there are several eye-witness accounts of phantom fires and wispy figures.

Access: Just a one-minute walk from Ryogoku Station and you'll find yourself at this park with a tragic past. 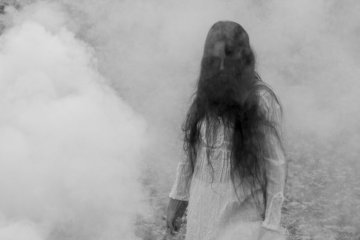 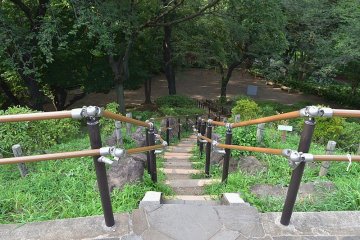 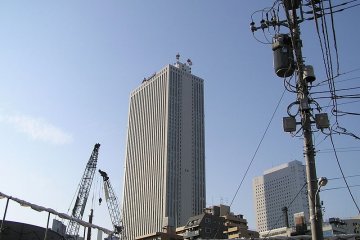 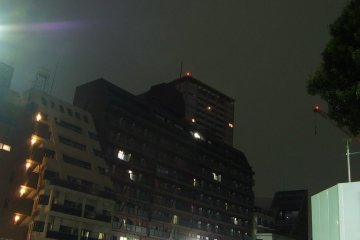 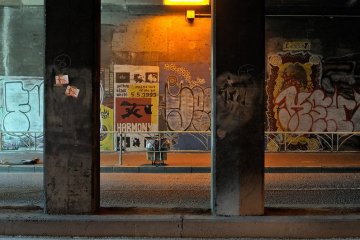 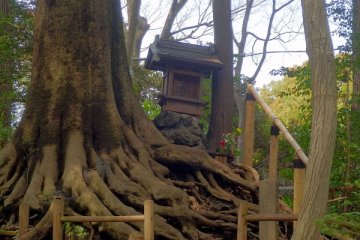 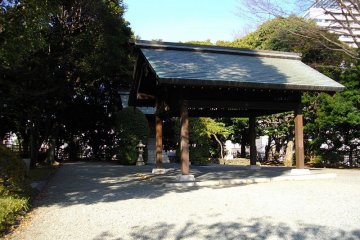