They say you can find anything you want in Tokyo. Often these are things you never even knew you wanted; like somewhere with chairs suspended from the walls like paintings, a statue of the Virgin Mary, dried flowers falling on your table, tapestries, deer heads and a giant disco-ball skull in the entry. You don't think you want all that in a restaurant? Well you should. And I can tell you where to find it: Solomons in Harajuku.

I was taken to this basement restaurant by a friend who knows the interior designer. And he really is the man to know because, when it comes to this restaurant, while the food is good, the decor is memorable. Entering Solomons is like descending into the Phantom's lair deep in the Parisian catacombs in Phantom of the Opera. The artfully displayed paraphernalia really could have been lifted straight from the gothic musical's opulent sets.

Dining at Solomons is like eating in a gothic theatre converted into a bric-a-brac shop, complete with tables tucked into alcoves and artistically moth-eaten red velvet curtains ready to be drawn for privacy. The central space is a large raised tiled platform with long tables perfect for big parties, or, one imagines, ready to be cleared for contortionists, jugglers and fire breathers to perform upon - I really should suggest that to the management to complete the ambience.

The alcove tables are perfect for secretive liaisons or simply peeping out and spying on your fellow diners and how the decoration in each alcove differs. Suspended from the ceilings you will spot bunches of dried flowers to add a little shabby-chic to the place - just watch out for petals drifting down onto your food!

As with many restaurants in Japan, it’s difficult to categorise the cuisine. The restaurant’s Facebook page lists American (Traditional), Fondue, French, Italian, Southern, Spanish/Basque…which isn’t terribly helpful! Overall I would describe it as European fusion cuisine; the set menu I enjoyed ranged from sashimi to roasted vegetables to pasta and more, which for ¥4000 including two hours of drinks was very reasonable. It’s not haute-cuisine but everything was really tasty and there were none of the odd combinations you sometimes suffer in Japanese fusion restaurants.

Tucked away from the main drag of Takeshita street, but still just an eight-minute walk from Harajuku station, Solomons is well placed for a decadent dinner after a day of shopping. Catch up with friends in the unusual surroundings, or tuck yourself away for a private rendezvous with someone special. 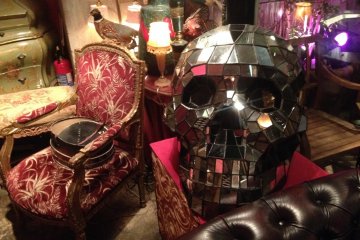 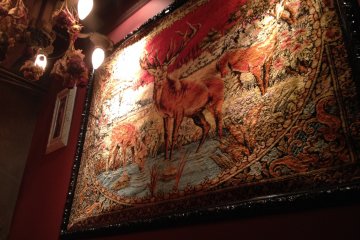 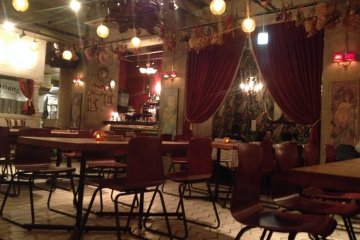 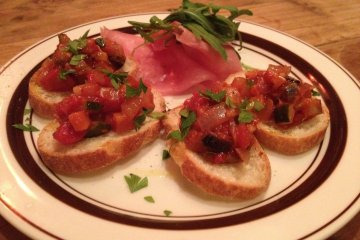 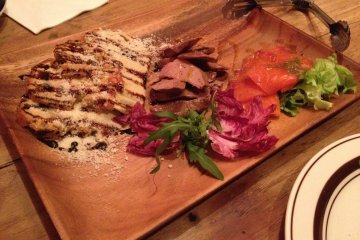 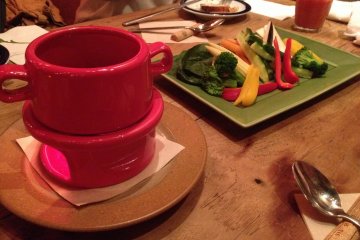 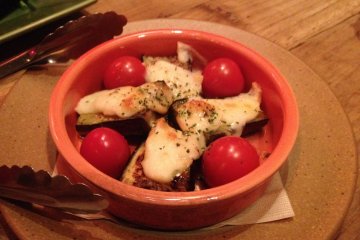 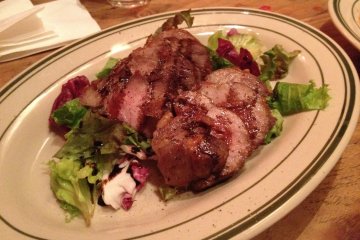 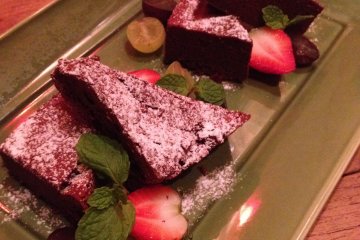 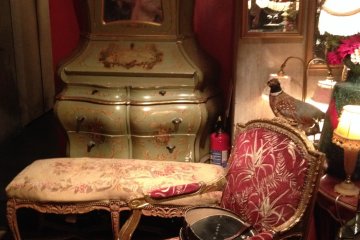