A homely hostel in old Tokyo to meet fellow travellers

Star Inn is a hostel located in the old suburb district of Aoto, a cozy ward in Tokyo that makes for a homely impression to return to at the end of each day. Cheap, comfortable, and conveniently located 5 minutes from the station, this hostel is an ideal choice for groups and backpackers looking to meet new faces and immerse themselves in local culture.

Probably one of the most intimidating aspects of arriving in a foreign country is sorting out your transportation to and from the airport. If you're on a budget like most tourists and backpackers, that likely means using public transportation. Unfortunately for first-timers in Japan, Tokyo's metro is obscenely complicated-but fortunately for first-timers in Japan staying at Star Inn, transportation is as easy as getting on the right train and waiting to arrive at Aoto station. You only have to get on one train to get to Star Inn, whether you're arriving from Narita airport, Haneda airport, or a Shinkansen station. A PDF with step-by-step instructions accompanied with photos directing you to the hostel is also provided.

In terms of connections to the city, it will take you around 30-50 minutes to reach spots like Shibuya, Shinjuku, and Roppongi. Some tourists may find this lengthy, though bear in mind this is a very average commute for those who live in large cities such as Tokyo. I found each commute a pleasant to opportunity to take in the sights of the city from the perspective of the train and the locals who use it day in and day out.

Star Inn's staff are some of the friendliest and most accommodating people I've met during my travels. If it's friends you're looking to make, Sohya, Rina, and Yoan got you covered. They are more than happy to provide you with travel tips to lesser known spots in Tokyo and Japan, and even accompany you on a night out on the town to belt out some karaoke after you've had one too many shots of sake. On the day I left it was pouring rain outside, and Sohya was kind enough to surprise me by coating my luggage with a plastic bag so my belongings wouldn't get soaked.

Although their website lists the convenience of travel to and from the airports as the most important aspect of Star Inn, I would beg to differ. The most important aspect of Star Inn is, unquestionably, their Nintendo 64 and the endless amounts of time you'll spend button-mashing to some retro Super Smash Bros on it. Sohta is the reigning Super Smash Bros champion, and it is absolutely essential that you challenge him or Yoan to a match before you leave. Free Wi-Fi, a fully stocked kitchen, cheap laundry, and pocket wifi are all also available at Star Inn. For more information on their dorms and prices, please visit their website.

I cannot recommend this hostel enough if you're looking to take away the most sentimental of memories home with you, particularly if you are travelling solo. Searching for that 'home away from home' factor in a hostel may seem like an ambitious task to some, but you've found it at Star Inn. 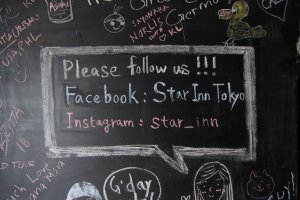 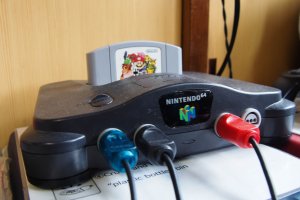 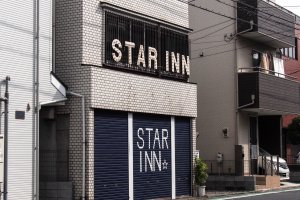 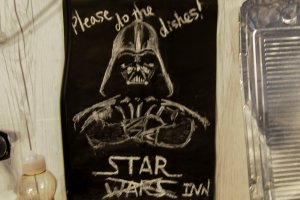 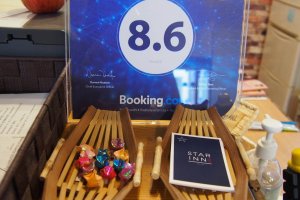